“I think we started really well. We had momentum, we controlled the game really well”

Saracens Women began the New Year with a bonus-point victory over Loughborough Lightning in what was yet another thrilling contest between the two sides.

Alex Ellis, May Campbell (2) and Zoe Harrison crossed in a dominant first-half as the champions earned their try bonus and led 24-7 before the break.

But a spirited and clinical Lightning fought back in the second-half with four tries to set up a thrilling finale, only for Mackenzie Carson’s late score to settle the result.

Marlie Packer was the other Saracen to cross in the second-half, ultimately helping to maintain Sarries’ 100 percent record in the Tyrrell’s Premier 15s.

Loughborough, who hadn’t tasted defeat in the league since October, moved the ball nicely in the opening minutes with Helen Nelson making a break before Sarries scrambled back.

The hosts responded by turning over possession in Loughborough’s half as Hannah Botterman was quick over the ball to earn a penalty.

And after a few phases in the opposition 22 a fantastic line from Hannah Casey had Sarries to within a few metres, before Ellis bundled over on seven minutes.

Chantelle Miell, in at full-back for the injured Sarah McKenna, produced a fantastic bit of footwork to return an Olivia Jones kick with interest and put Sarries on the front foot.

And after some noticeably strong carries from Poppy Cleall and Packer, it was the strength of Campbell who pushed over for a second try after a quarter of an hour.

Loughborough had their moments in attack and on the half-hour had their first score when a quick tap penalty from Katy Daley-McClean eventually saw Jo Brown touch down. The fly-half then converted for 12-7.

Sarries responded once more though and again it stemmed from an incredible kick return, this time from winger Rachel Laqeretabua, who made 40 metres to open up the game.

With Loughborough scrambling back in defence the ball was quickly moved through the hands with Lisa Martin and Rosie Galligan making good metres, before Harrison spotted a gap and her momentum got her over.

And the half was complete with a bonus score from Campbell. Lightning’s Nelson saw yellow for a professional foul on Packer and Sarries got their driving maul in gear from the resulting line-out to make it 24-7 at the break.

Loughborough came out with intent at the start of the second-half and had a score back within minutes as Sarah Hunter crashed over.

And they almost had another minutes later as they peppered the Sarries try-line, only for the hosts to put in an incredible defensive set that ended as the visitors were bundled into touch.

Sarries had their fifth score on 53 minutes as the frenetic second-half scoring continued – Botterman won a lineout and found Cleall, who then offloaded to Packer and the flanker did the rest.

Back came Lightning, capitalising on an under-hit box kick from Sarries as Emily Scarratt showed her international pedigree to find a hole in the defence and go in under the posts.

A penalty from Martin gave Sarries some important breathing space to take the score out to 34-19 just past the hour.

But Loughborough were again clinical in attack a few minutes later as several line breaks eventually saw prop Daleaka Menin go in despite the best efforts from Miell in defence.

Daley-McClean converted to get Loughborough to within eight points and a driving maul score, finished by Emily Tuttosi, set up a grandstand finish.

Sarries kept their composure though and slowly made metres in Loughborough’s half before earning a penalty and driving over through Carson from the resulting line-out to secure the win. 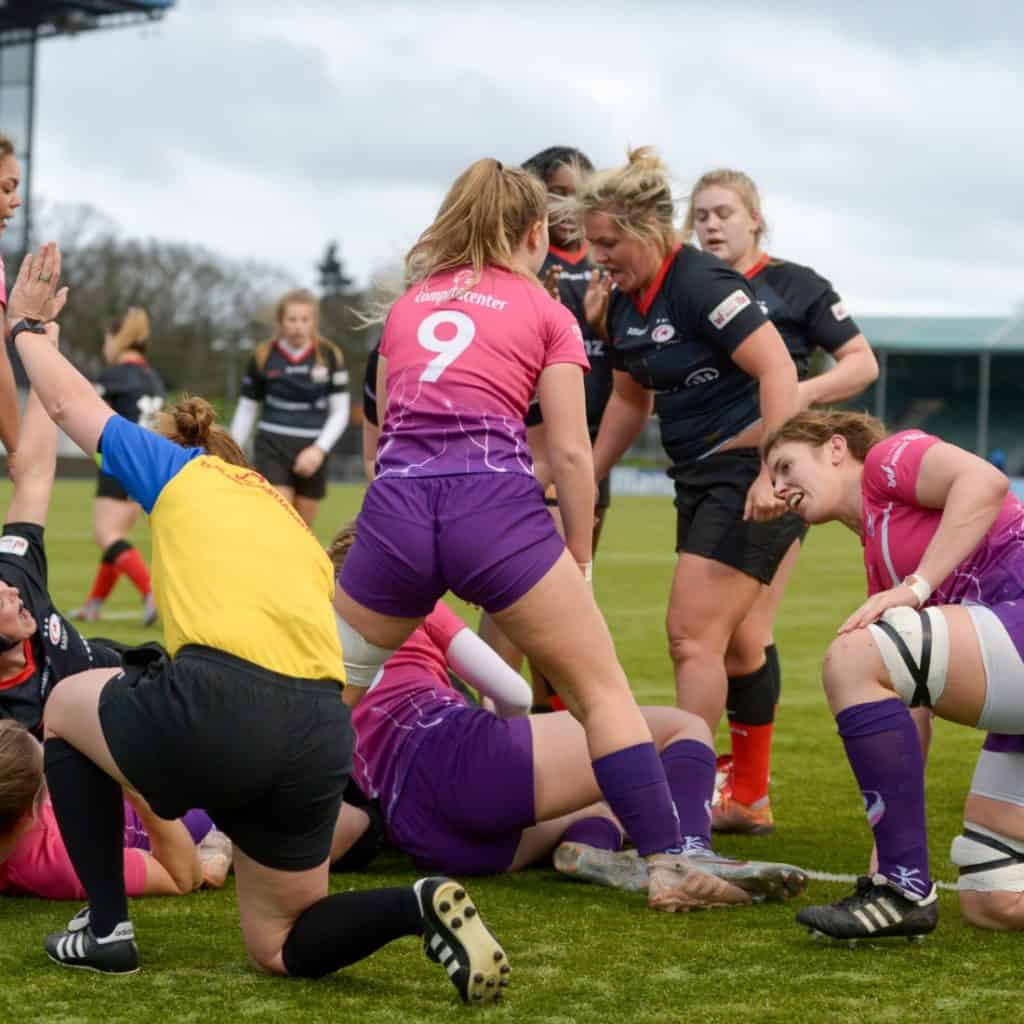 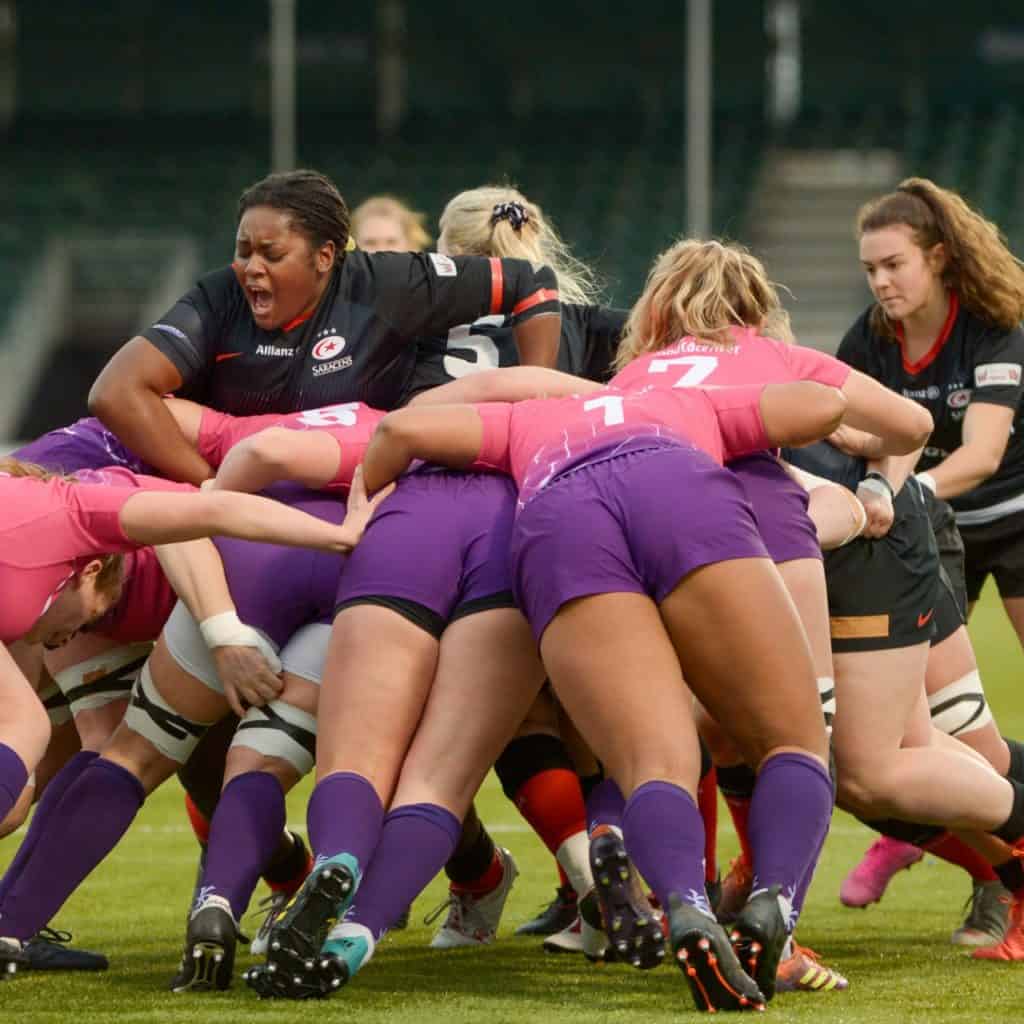 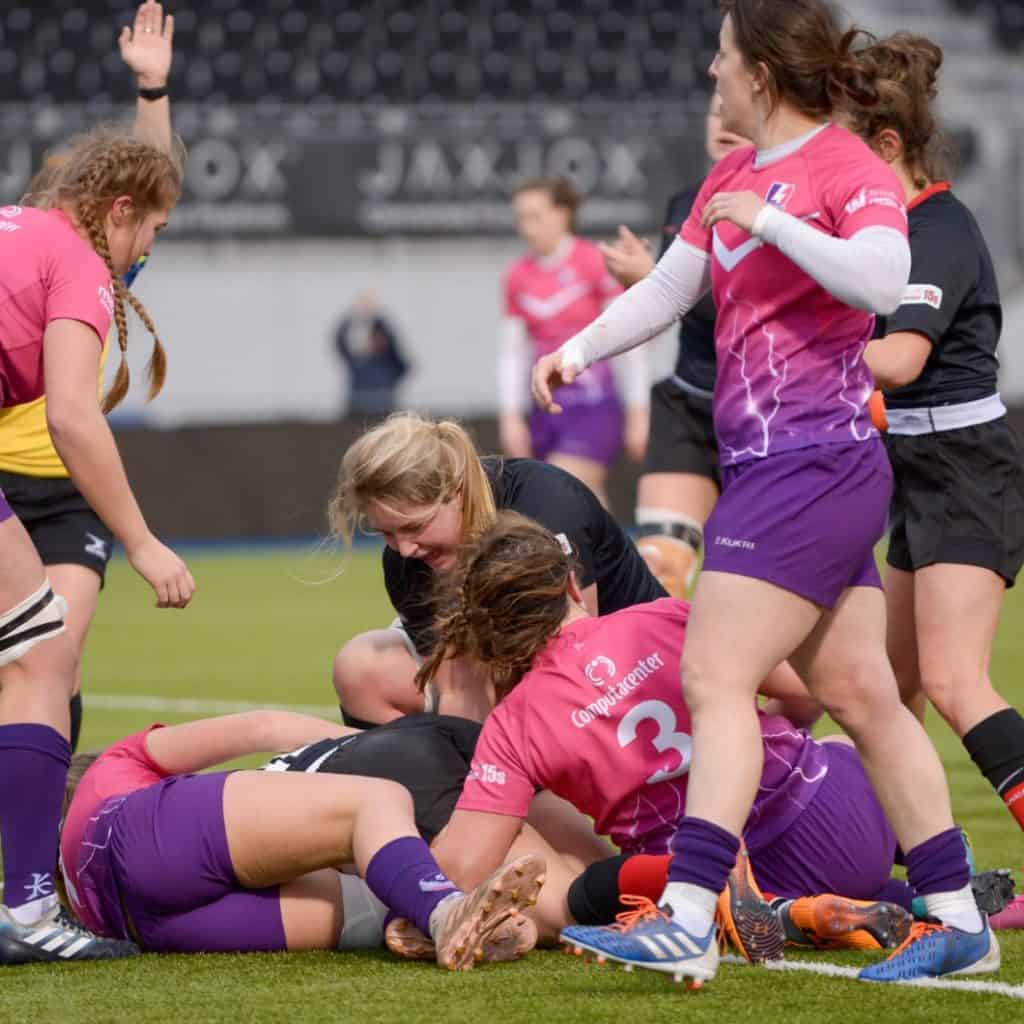 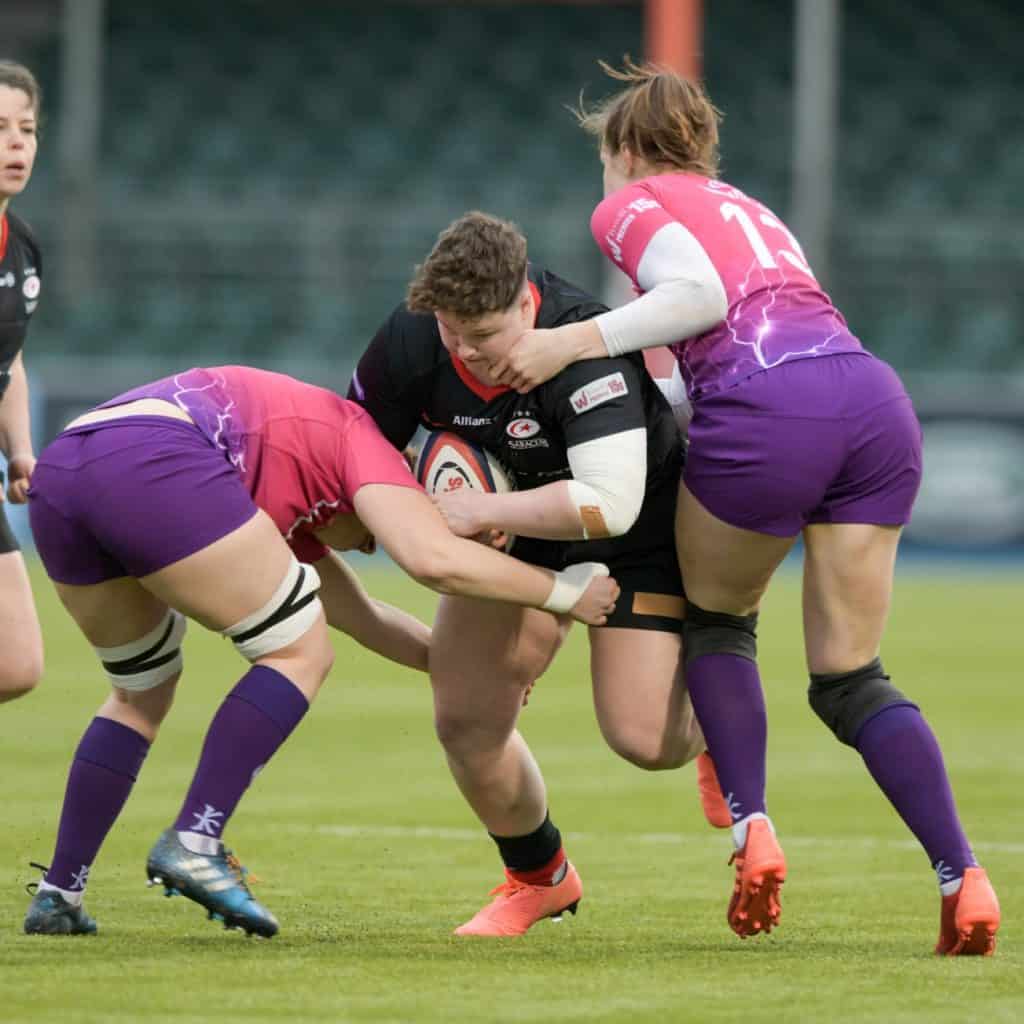 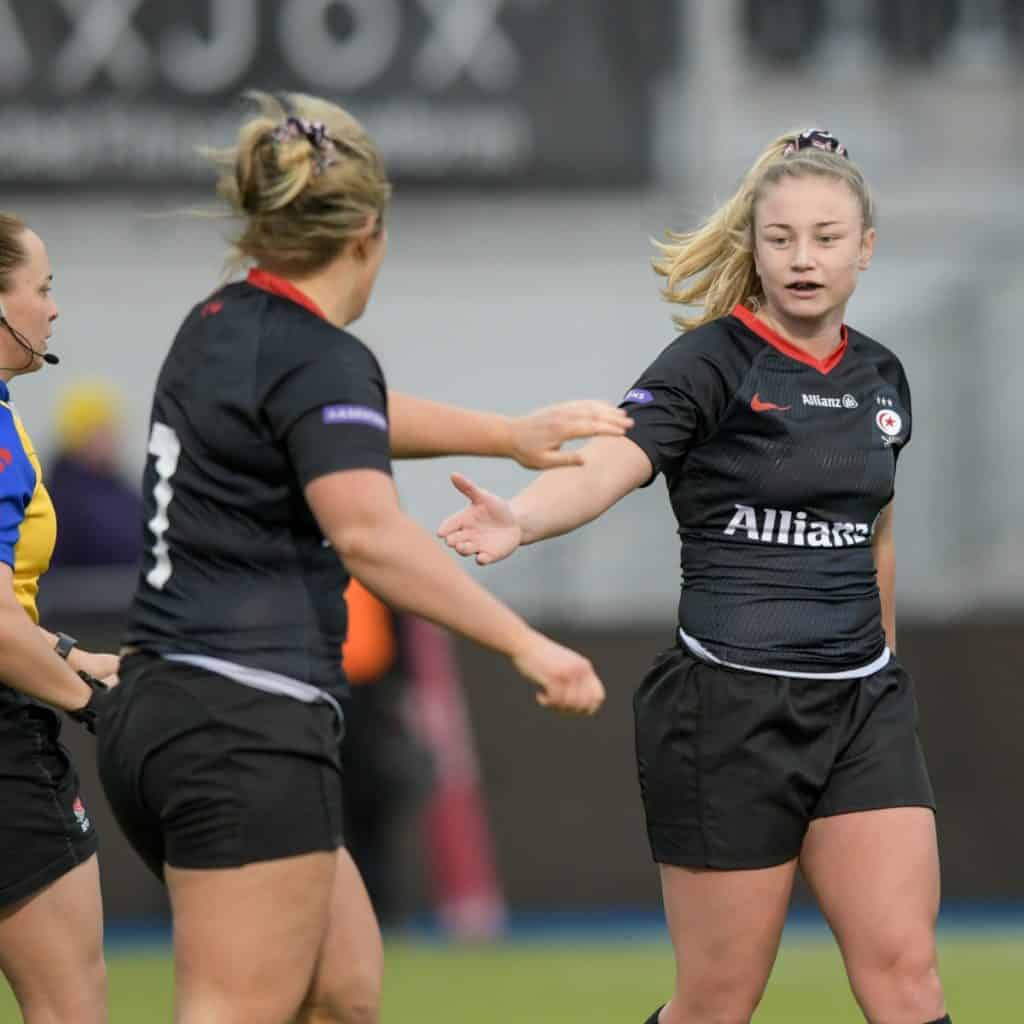 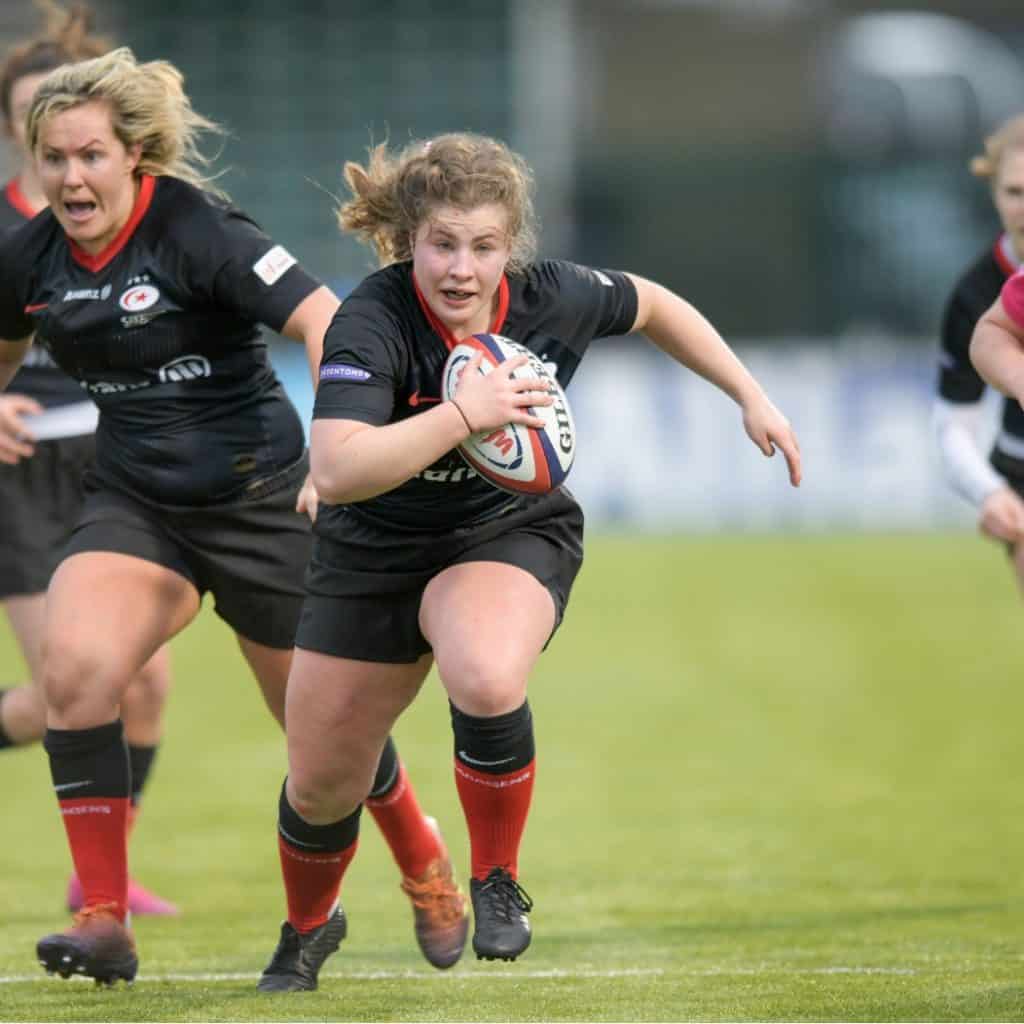 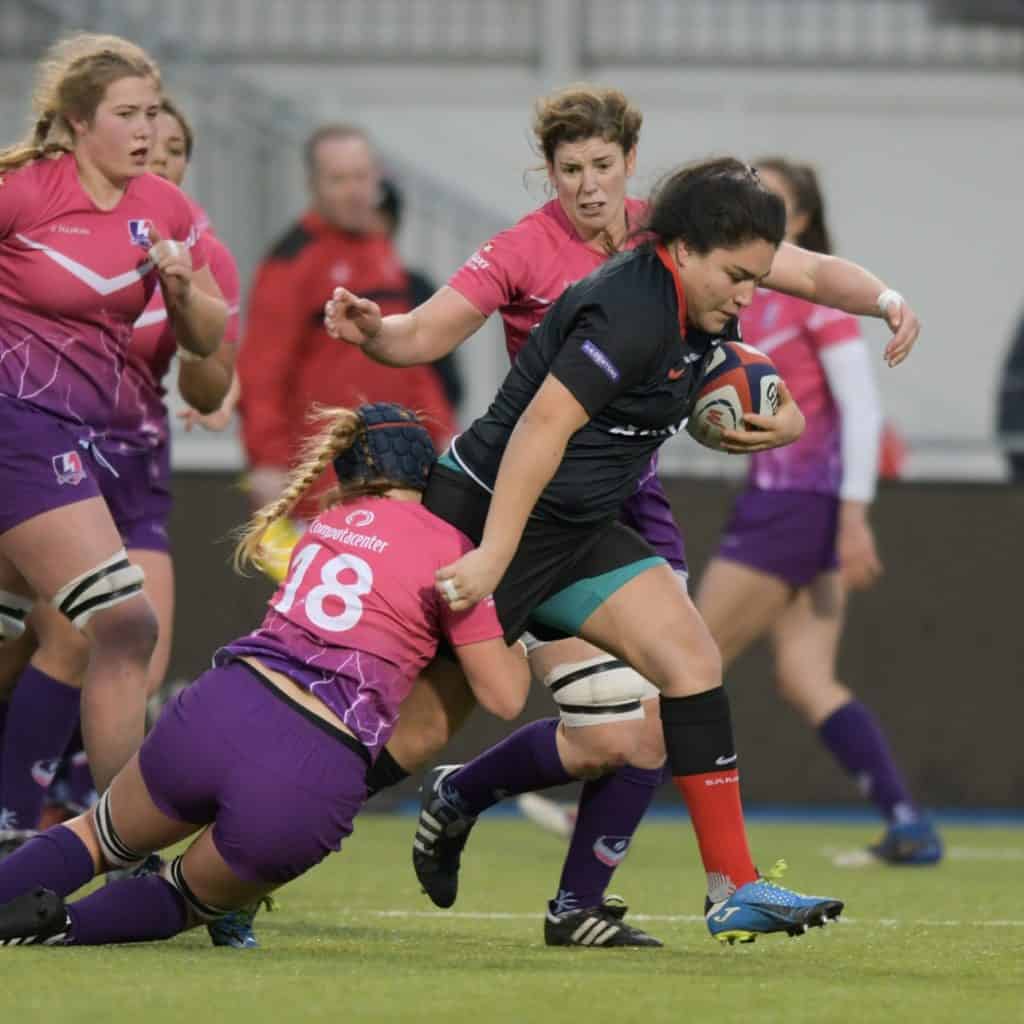 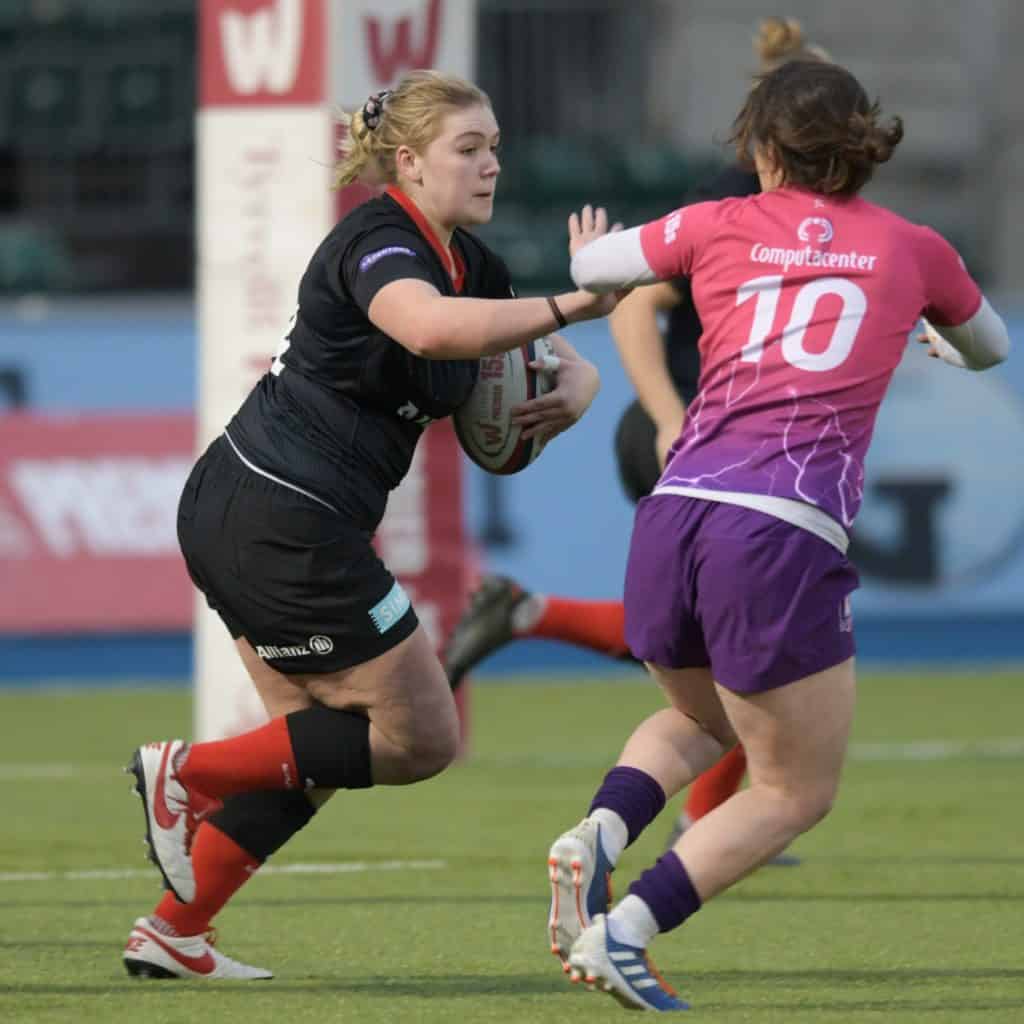 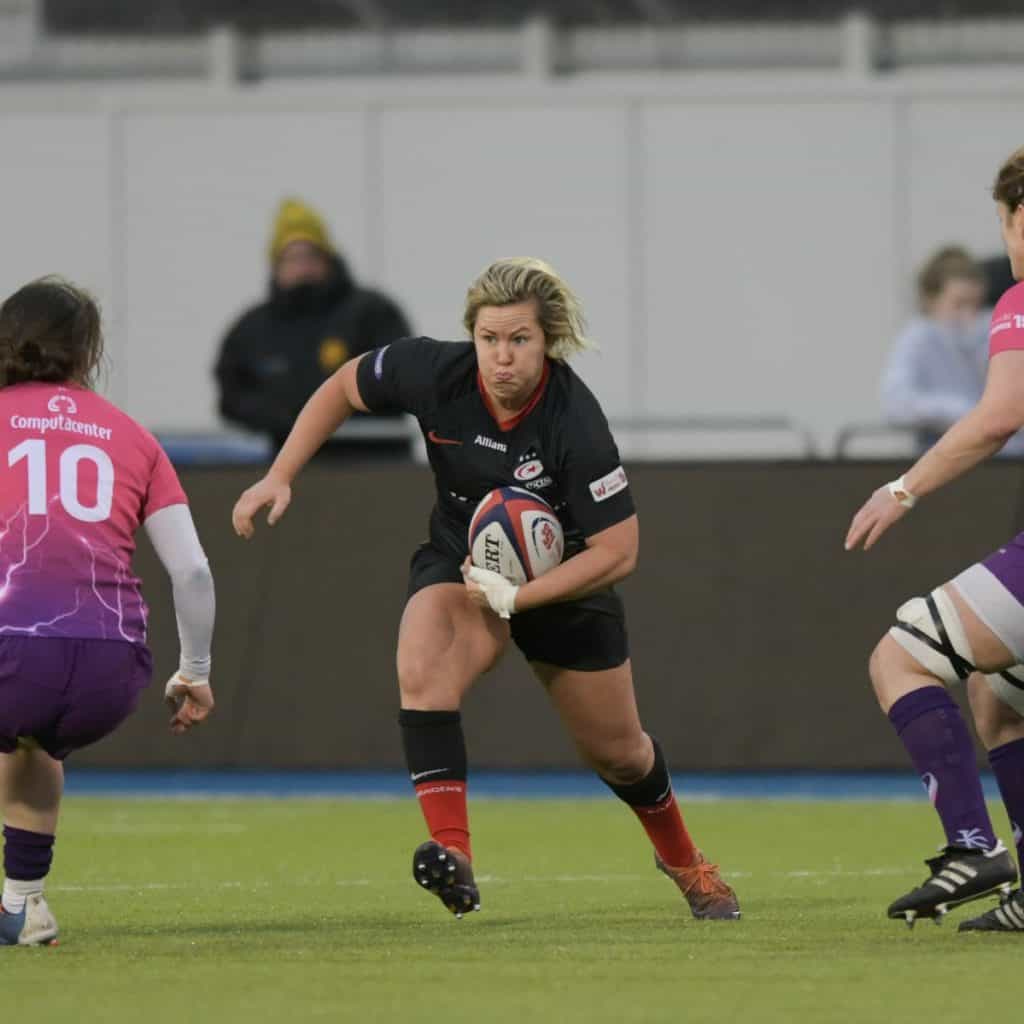 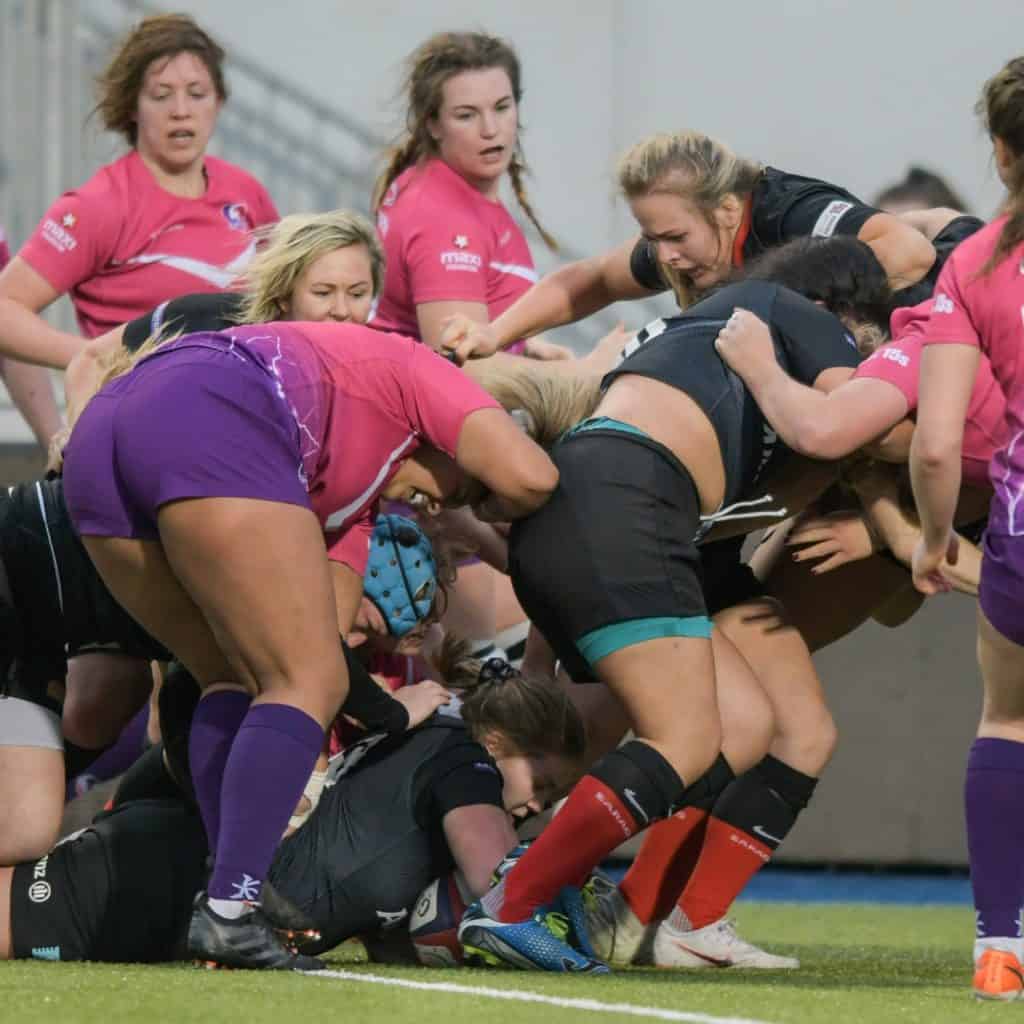