Saracens Women ran in eight tries to mark their return to Allianz Park with a 46-0 victory over a stubborn Richmond Women side in the Tyrrells Premier 15s.

A fairly lacklustre and error-strewn first-half from Sarries ultimately yielded a penalty try and scores from Mackenzie Carson and Lotte Clapp for a 21-0 lead at the break.

But after some honest words at half-time a significantly better half of rugby saw Carson and Clapp both add a second with Hannah Botterman, Sonia Green and Georgie Lingham also crossing.

The Sarries forwards flexed their muscles as early as the third minute as a dominant attacking scrum pushed Richmond back to earn a penalty try from the referee.

Richmond were keeping Saracens honest, forcing the hosts to display some resilience through a few defensive sets before a bit of brilliance from Carson led to their second score.

A good clearance from Jade Knight and a strong chase put pressure on Richmond and a telegraphed pass infield was picked off by Carson, who ran in unopposed by the posts allowing Lisa Martin an easy conversion.

A scrappy period of play followed as Richmond enjoyed both possession and territory inside the Saracens half but again it was Carson who worked to relieve the pressure – the back-row making an excellent break on the short-side which eventually earned a penalty inside Richmond’s 22.

Sarries opted for the scrum and after a few phases were within a metre of the Richmond line but the visitors forced the knock-on from Lauren Newman, much to the hosts’ frustration.

A third score did come just before half-time though as an exceptional carry from Botterman gave Sarries the tempo they needed to move the ball left for Clapp to breeze in. Martin’s second conversion making it 21-0.

A strong start to the second half saw the Sarries backs move the ball much better and after earning a penalty close to the Richmond try-line, a quick tap from scrum-half Knight put Botterman over.

Not to be outdone the forwards were responsible for the next score as some solid carrying eventually led to Green muscling her way over for her side’s fifth score and a 31-0 lead.

Replacement Rocky Clark was next to go close, the prop being held up over the line by the brave Richmond defence. Although the visitors could do nothing to stop Carson’s score from the resulting scrum as the pack displayed their dominance to push over.

Sarries’ next score saw the ball moved across the width of the pitch as replacement Aine Staunton unselfishly put Clapp in for her second right in the left corner.

And it was Lingham who finished off the scoring as again some excellent tempo from Sarries allowed the ball to be moved quickly to the right and the winger beat the final defender to score.

Next up for Saracens is a trip to Loughborough Lightning, the scene of an exceptionally exciting and last-gasp win last season.

Match highlights will be added soon 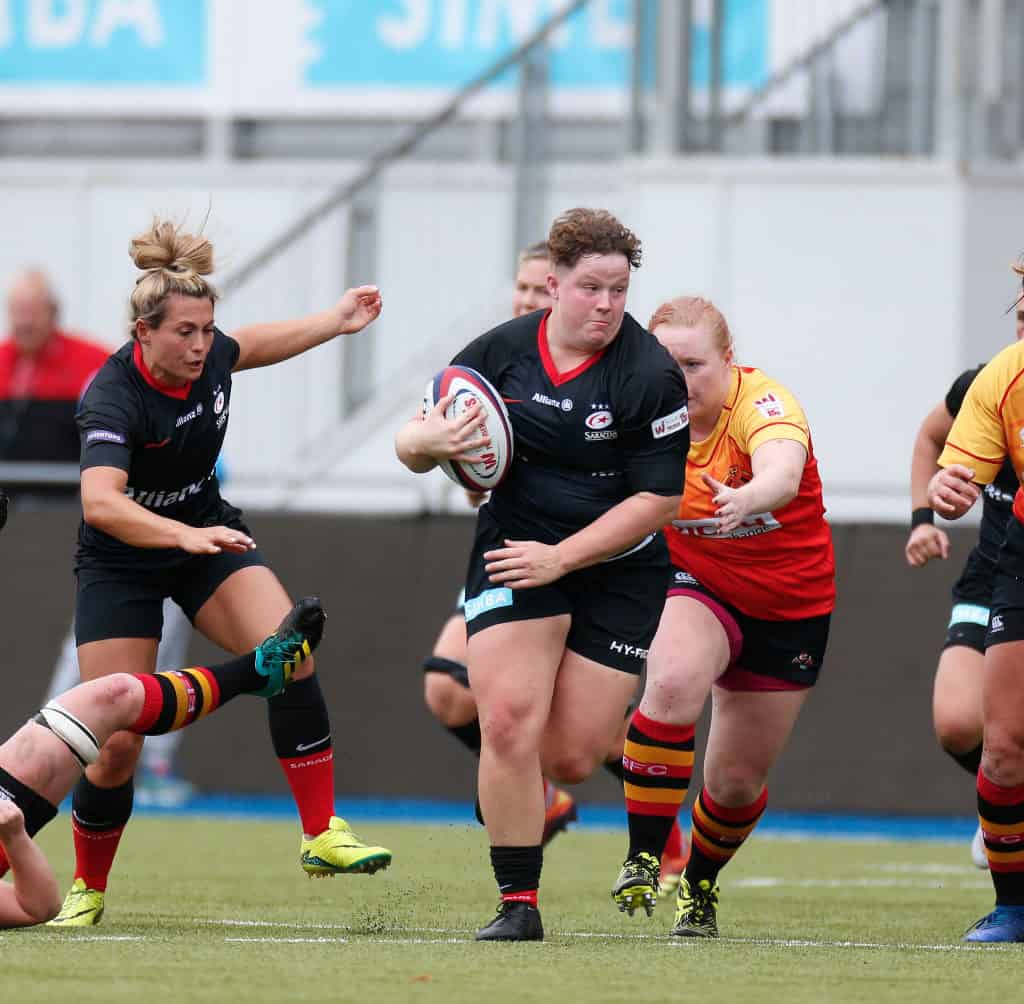 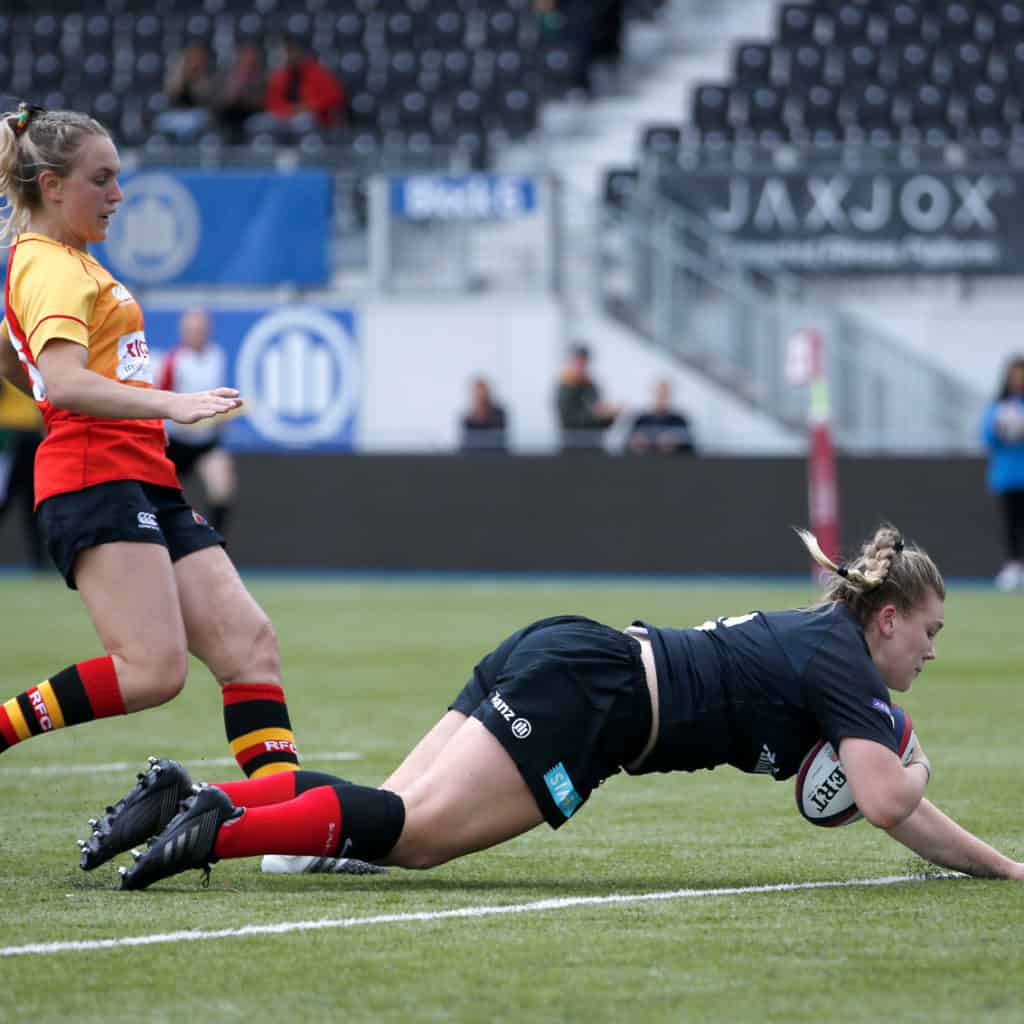 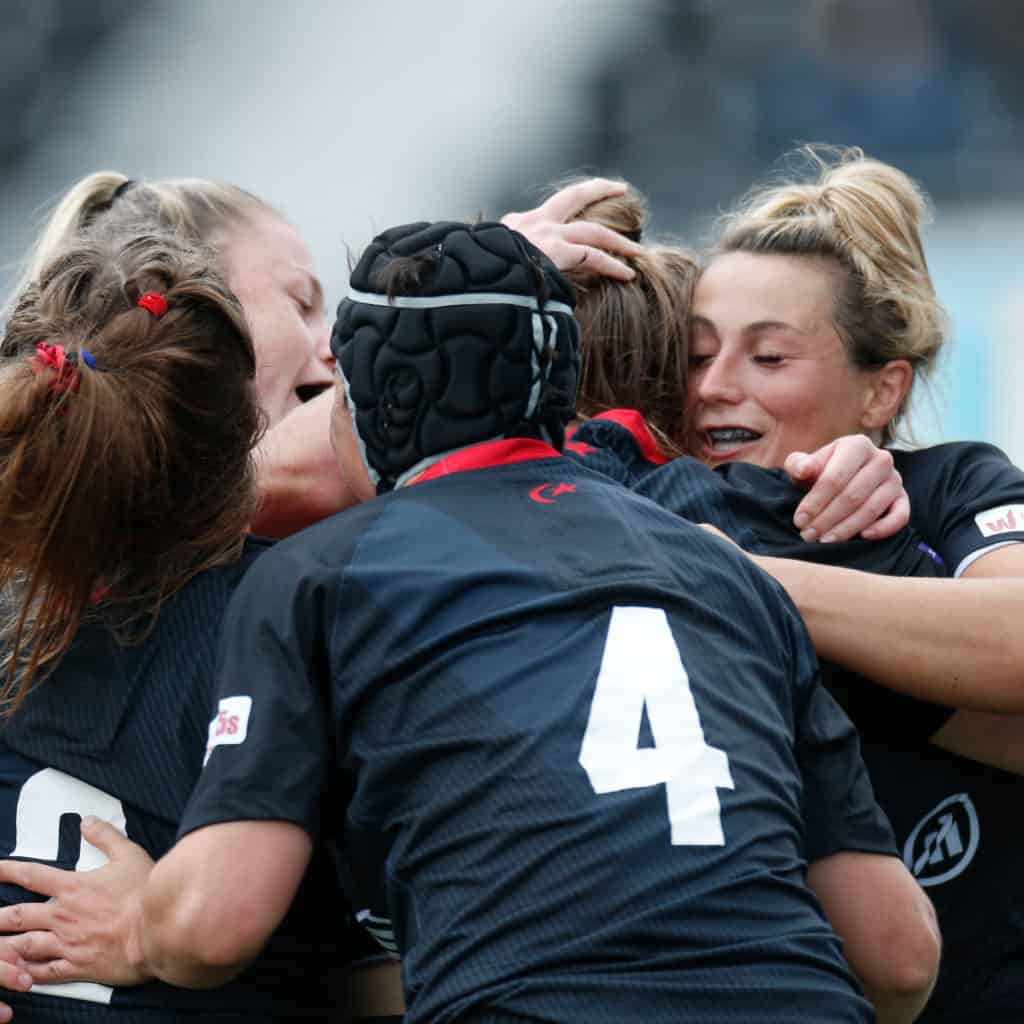 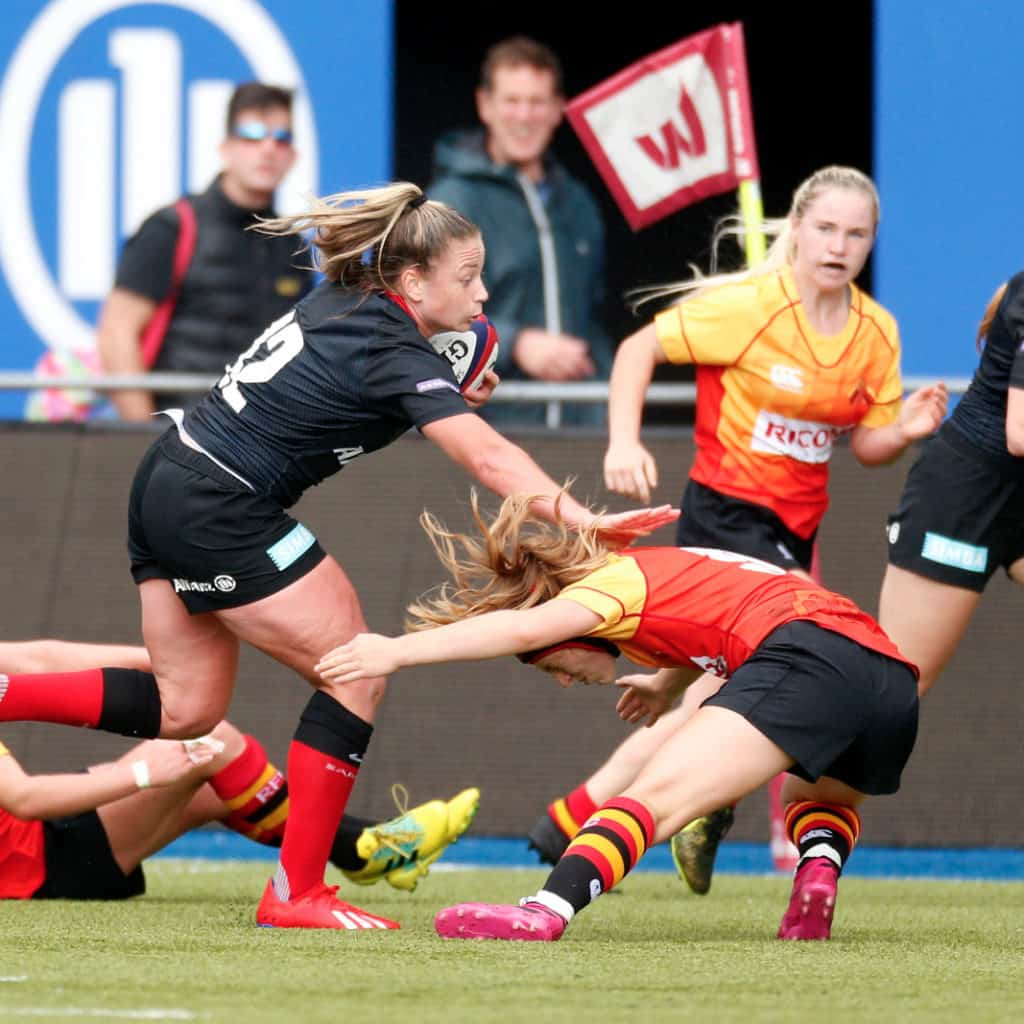 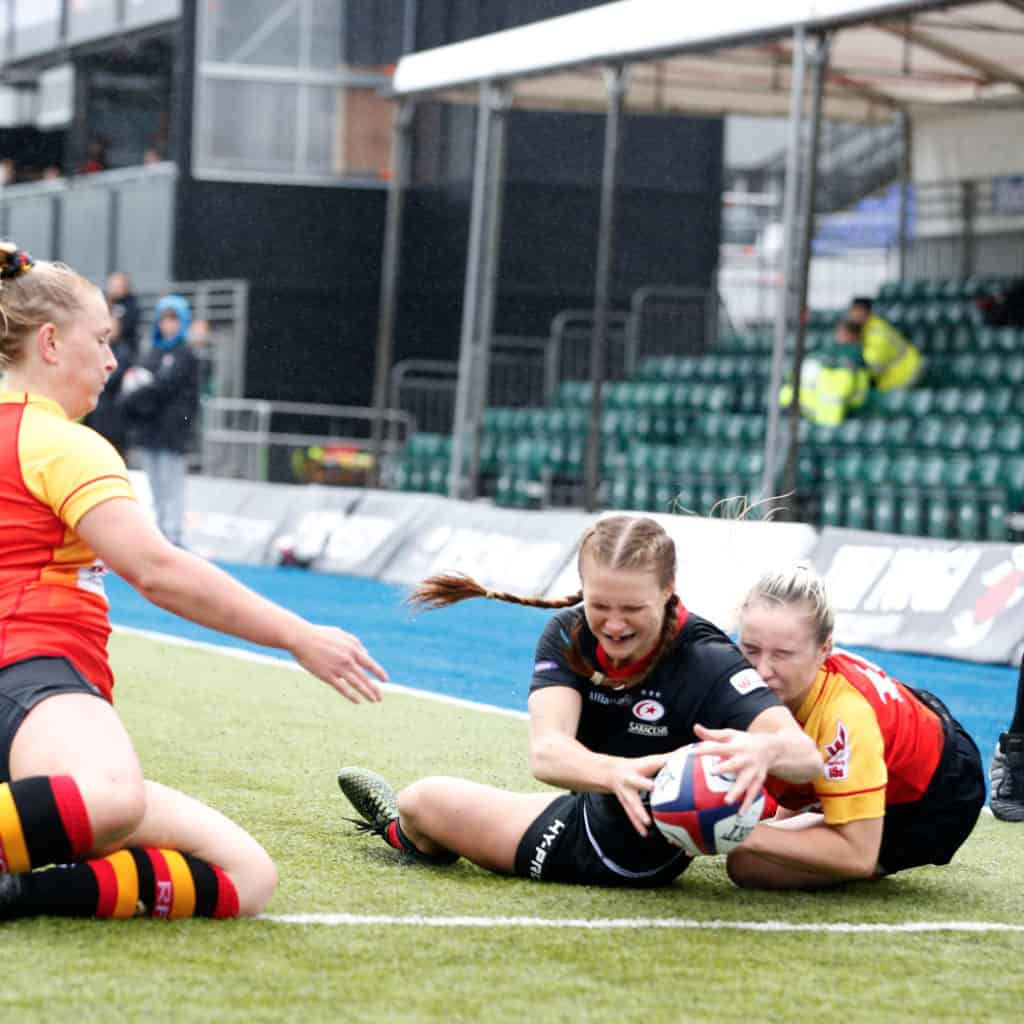 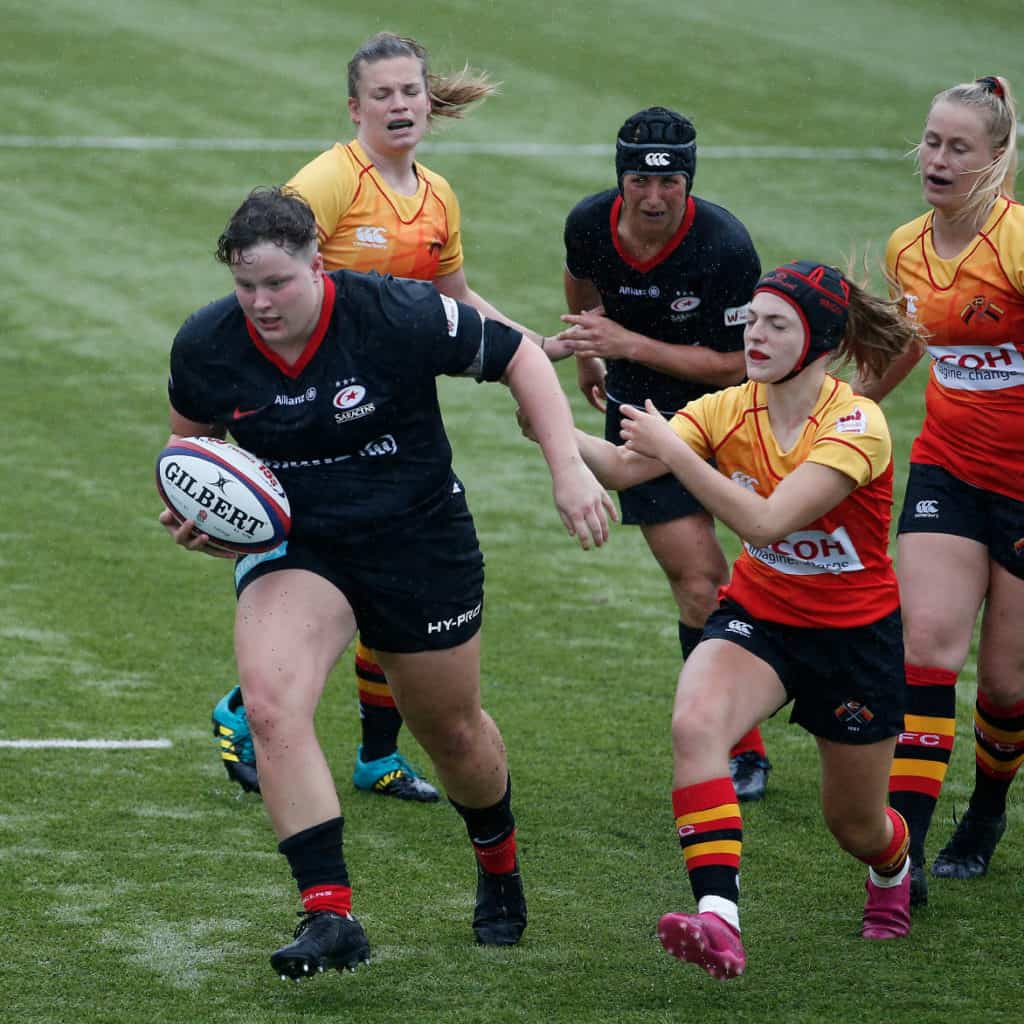 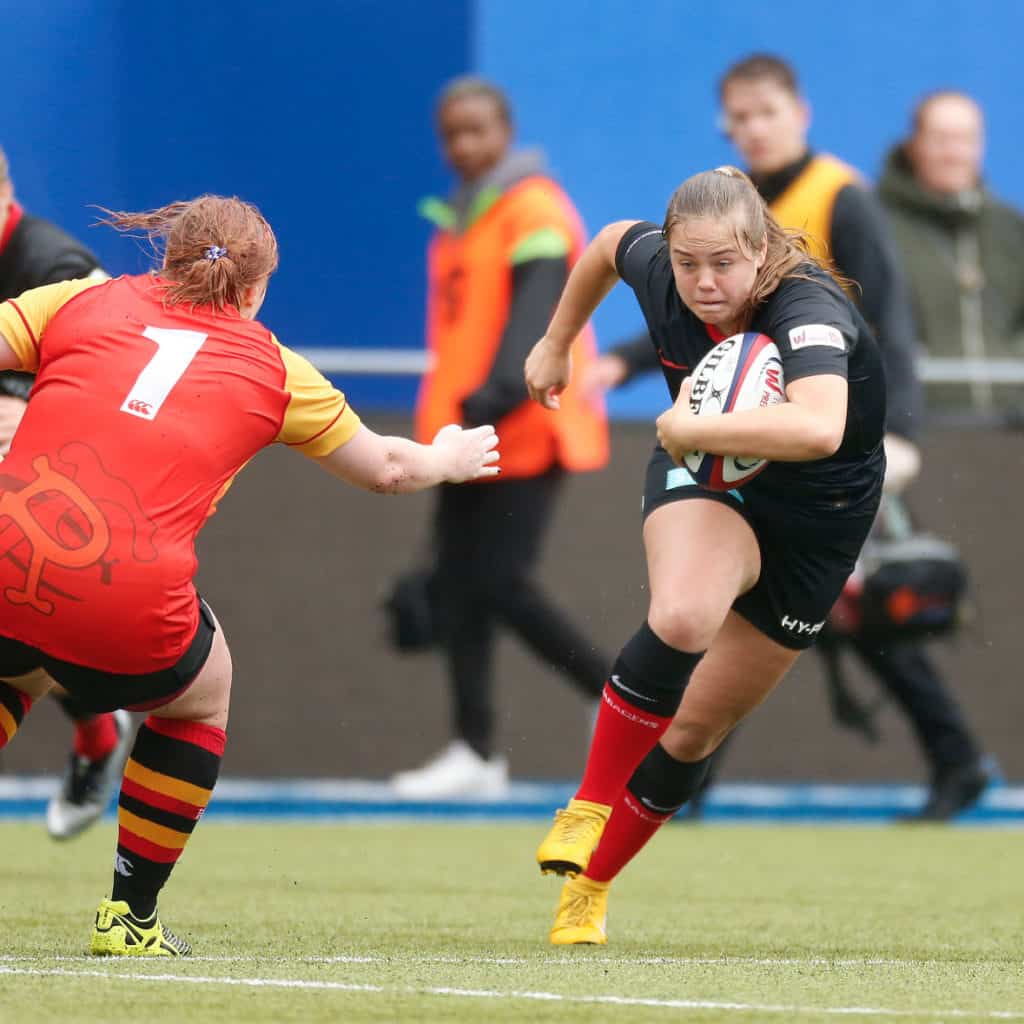 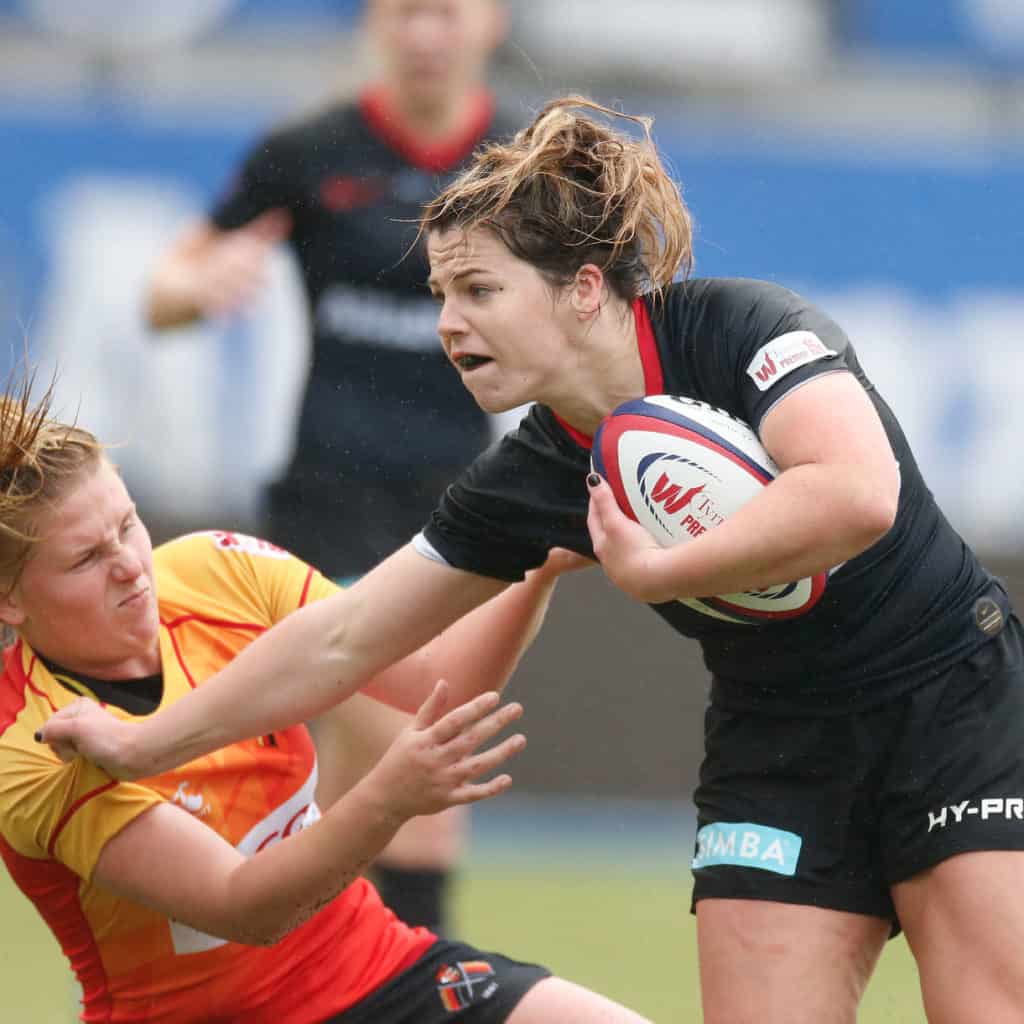 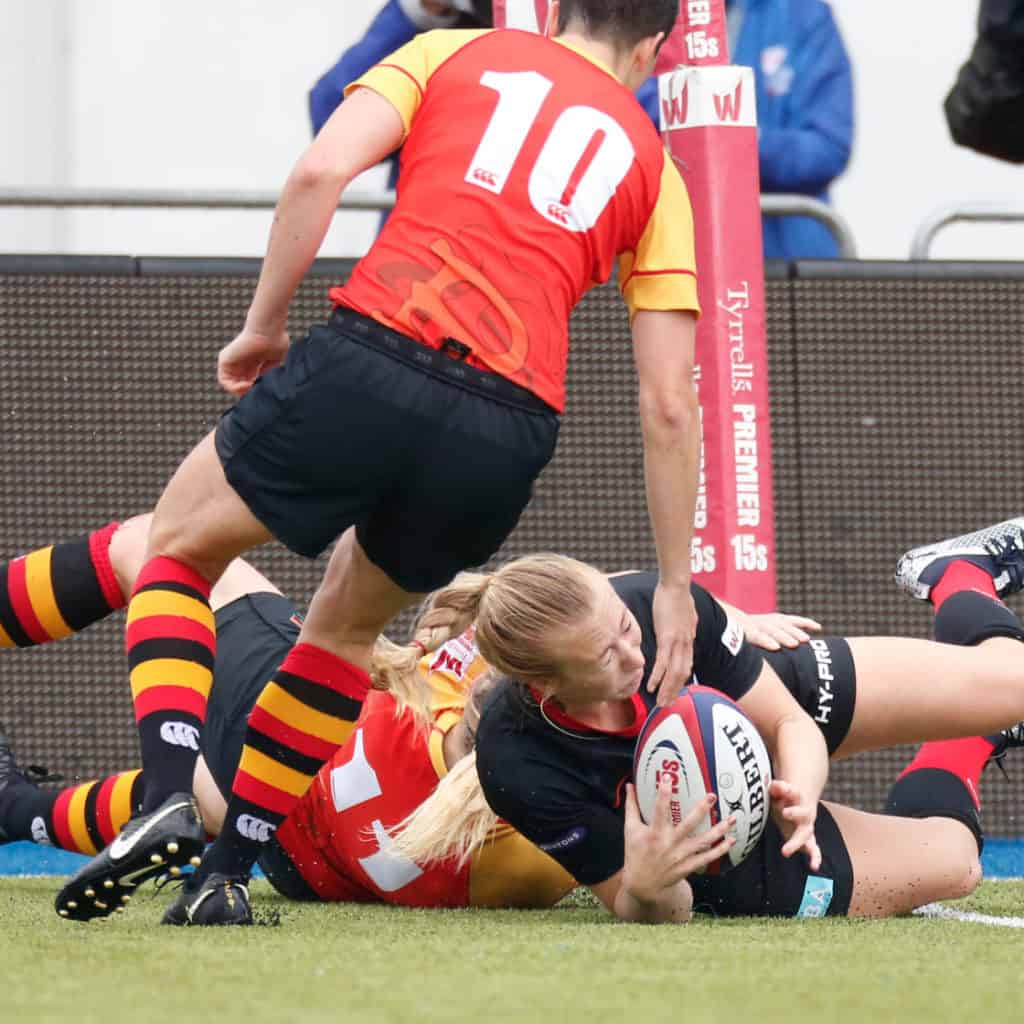