Saracens Women returned to winning ways in style with a convincing seven-try win against Gloucester-Hartpury at Allianz Park.

The Women in Black scored two tries in the first few minutes, providing the perfect response to last week’s defeat to Harlequins, which ended a run of five straight victories since the beginning of the Tyrrells Premier 15s season.

It was not just the scoreline which will have pleased head coach Alex Austerberry, but the way Saracens took their chances and managed the game when Gloucester threatened a comeback with two tries in quick succession in a free-flowing second half.

Lotte Clapp and Vicky Fleetwood were the ones to give Saracens the early advantage, and Georgie Lingham put Saracens 15-0 up midway through the first half. Gloucester grabbed a try to get off the mark, but Lingham went over again shortly before the break after a lovely pass out to the right from Sarah McKenna.

McKenna picked up where she left off after half-time, this time scoring herself after bursting through a gap in the Gloucester defence.

Two quick tries from the visitors brought them back to within 10 points, but McKenna’s brilliant kick from the restart deep into Gloucester’s half ultimately resulted in Hannah Botterman forcing over from a powerful maul.

Gloucester continued the try fest with another, but Marlie Packer restored Saracens’ advantage almost immediately, and May Campbell minutes before the final whistle capped a resounding victory.

The win moves Saracens back to second in the league, four points behind Loughborough Lightning. Next week they travel west to face Bristol Bears Women. 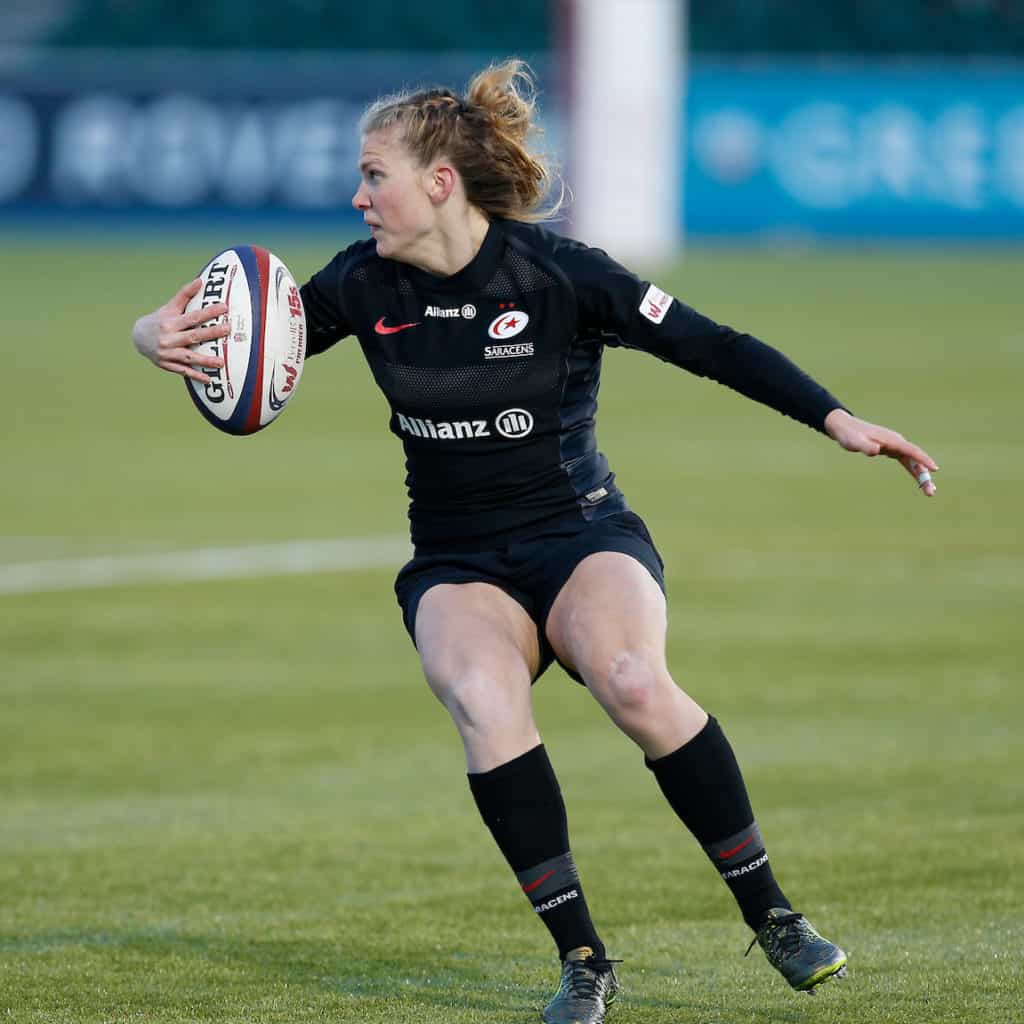 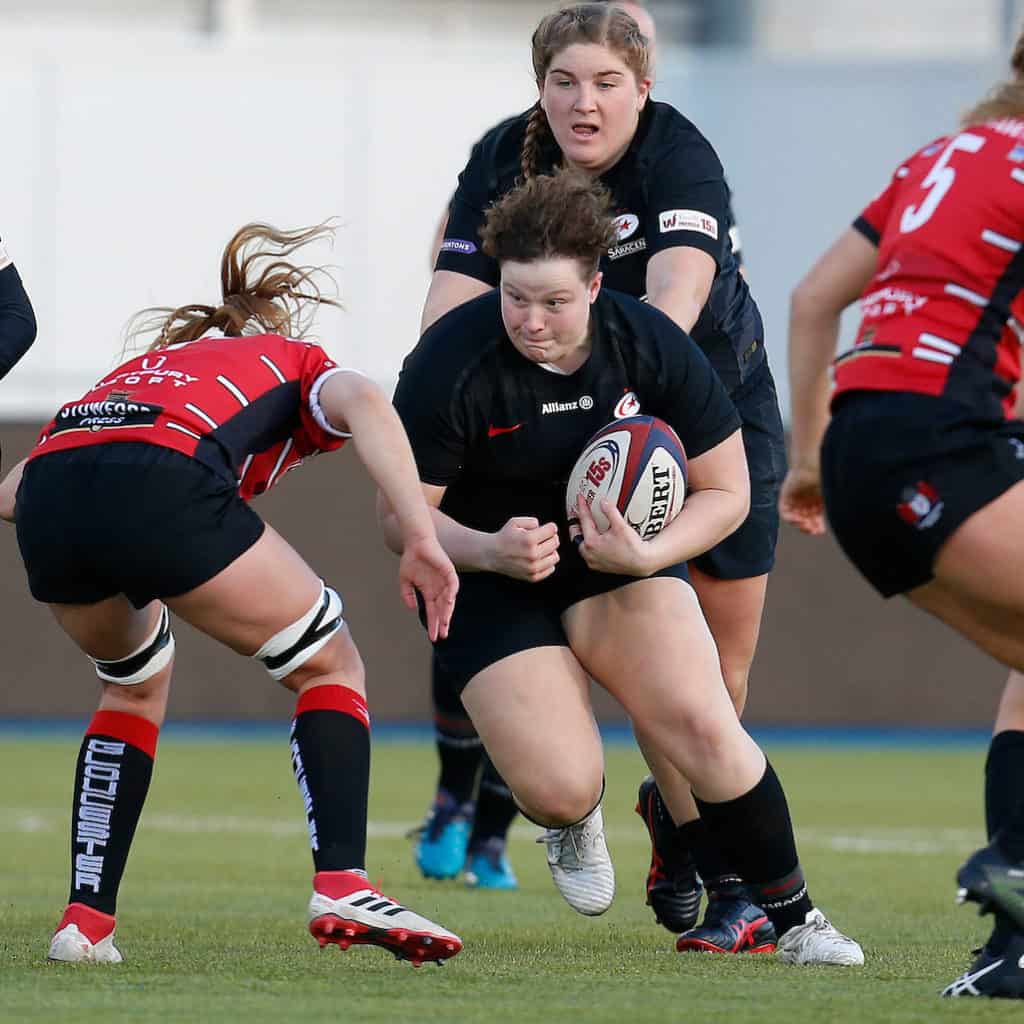 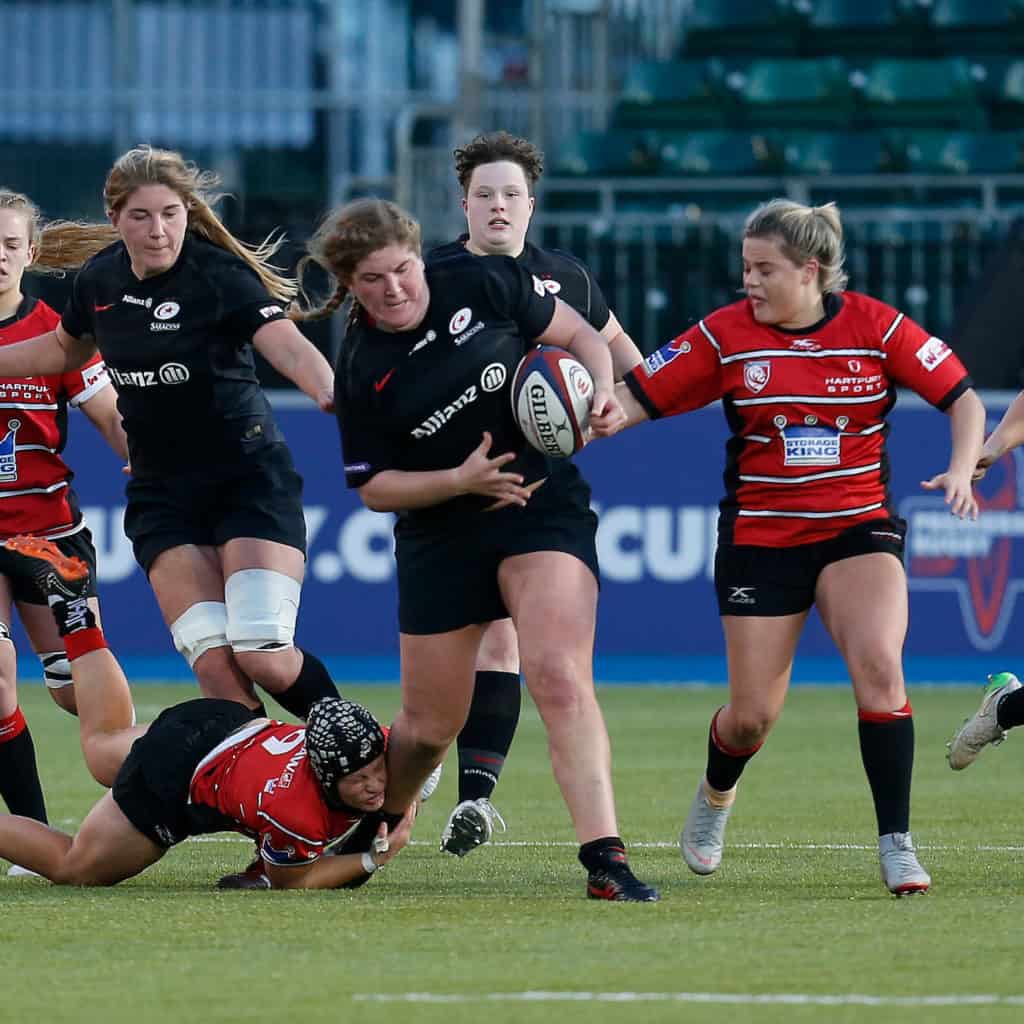 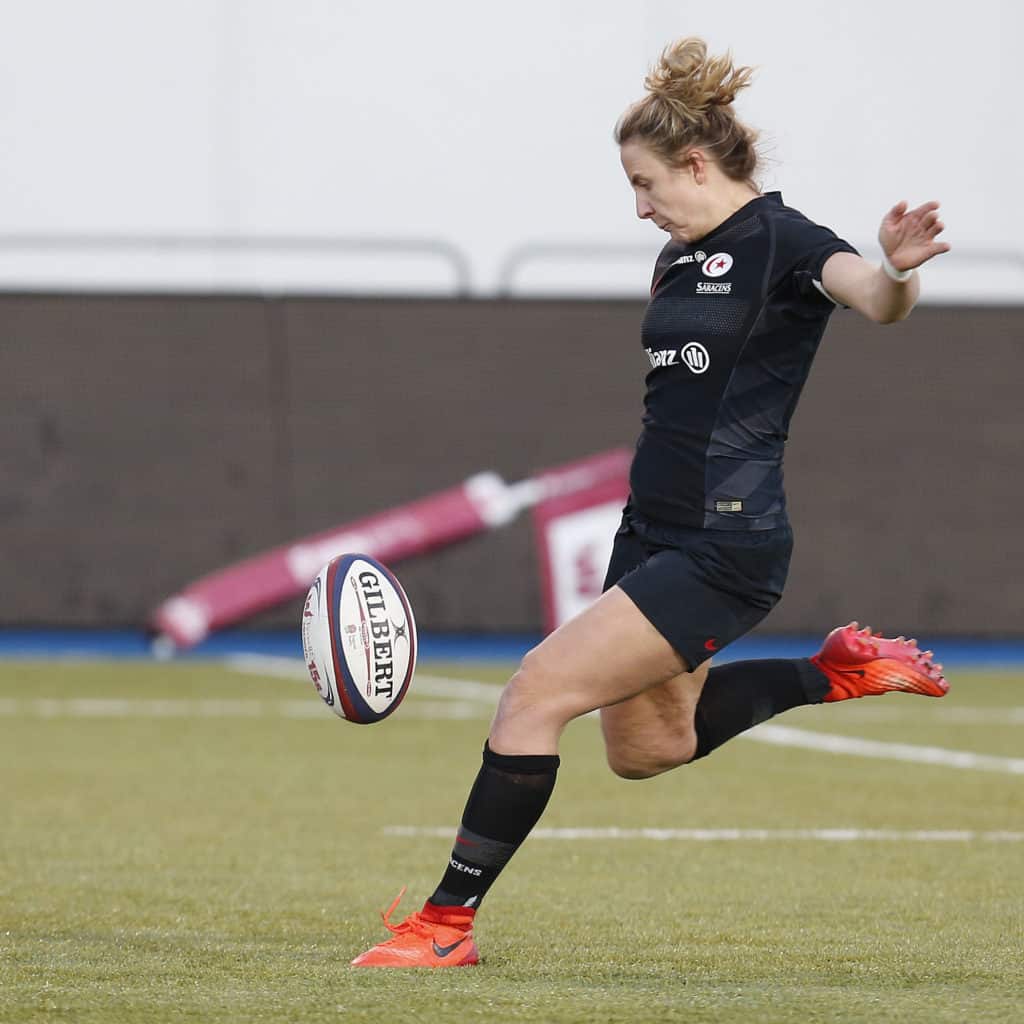