“We slowly built the tempo and went through the gears”

Saracens Women made it four from four as they proved too strong for a dogged Worcester Warriors Women side with a 55 – 3 win at Allianz Park on Sunday 13 October.

First half tries from Sarah McKenna, Lotte Clapp, Marlie Packer, Rachel Laqeretabua and May Campbell ensured that the home team secured the bonus point before half-time.

A brace from Vicky Fleetwood and tries for Rocky Clark and Sonia Green in the second 40 took Saracens past the 50 point mark for the first time this season.

Lisa Martin continued her strong form from the tee with five conversions as Saracens Women continued their winning start to the 2019/20 Tyrrells Premier 15s season.

The home team had started slowly in their opening three rounds this season, but they made the perfect start as Sarah McKenna showed good strength and nice footwork to finish in the left-hand corner.

Strong interplay from backs and forwards created space on the left for the fullback to go over.

A second try followed about ten minutes later with the home team showing how deadly then can be off turnover ball.

Marlie Packer took advantage of loose ball at the lineout to carry deep into the Worcester half. After a few more phases of carrying the ball left, Saracens shifted it right and Lotte Clapp came off her wing to take the ball in midfield and step her way through the defence.

Martin’s first conversion of the day took the score to 12 – 0 in as many minutes.

Despite that strong start, the first 40 minutes proved to be a bit of a stop-start affair with both teams having periods of possession.

A third try for Saracens came early in the second quarter with the forwards showing how effective the driving maul can be. The lineout was securely won in the 22 and the Sarries pack showed great patience and physicality to work the ball to the line for Packer to dot down.

A bonus point before half-time was very much in focus now but it was the visitors that got the next score with Megan Goddard slotting three points after Saracens had infringed inside their half.

However, with just a few minutes left in the first half, the home team secured the extra point thanks to some great all-round play between backs and forwards.

The driving maul once again proved decisive as Worcester were forced to take it down illegally. With the free play in mind, Saracens shifted the ball right where Mckenna created space for Rachel Laqaretabua to finish well in the right-hand corner.

A fifth try followed straight from kick-off and it was the best of the lot. Big carries from the forwards down the left created space in midfield where McKenna and Clapp took full advantage.

Clapp took the fullback’s inside ball before offloading it back to McKenna. The fullback carved her way through the broken defence and showed good awareness to get the ball away to May Campbell, with the hooker diving over wide on the right-hand side.

That brought an end to the action in the first-half with Sarries 29 – 3 to the good.

It didn’t take long for the sixth try to come as Sarries made a rapid start to the second 40. Mackenzie Carson powered through the gainline before Hannah Botterman and Vicky Fleetwood combined to take the game into Worcester’s 22.

A knock-on in defence by the visitors gave the home team the scrum and they took full advantage with a series of carries taking Saracens to the line before Rocky Clark applied the finishing touches.

Try number seven followed just five minutes later. Hannah Casey made the initial bust in midfield as she ran a strong line to take Saracens to within five metres of the line. The ball was shifted right with Botterman and McKenna linking well to take the home team within inches of Worcester’s try line.

With the ball slowed down, the forwards took over with Sonia Green getting the ball down after a series of drives from the pack.

That try, and a fourth conversion by Martin took Saracens to within site of the half century mark but the home team had to bide their team for their opportunity to cross the whitewash again.

Once again it was the forwards that did the damage as Carson broke through in midfield before offloading to Fleetwood, with the flanker stepping her way over.

Martin’s conversion took Saracens to a 50 – 3 lead with 15 minutes to go, enough time for Fleetwood to bag her second try.

The backrower sliced through the Worcester defence and showed a superb turn of pace to outstrip the defence and score in the left-hand corner.

That try brought an end to the scoring as Saracens Women continued their winning start to the TP15s season. 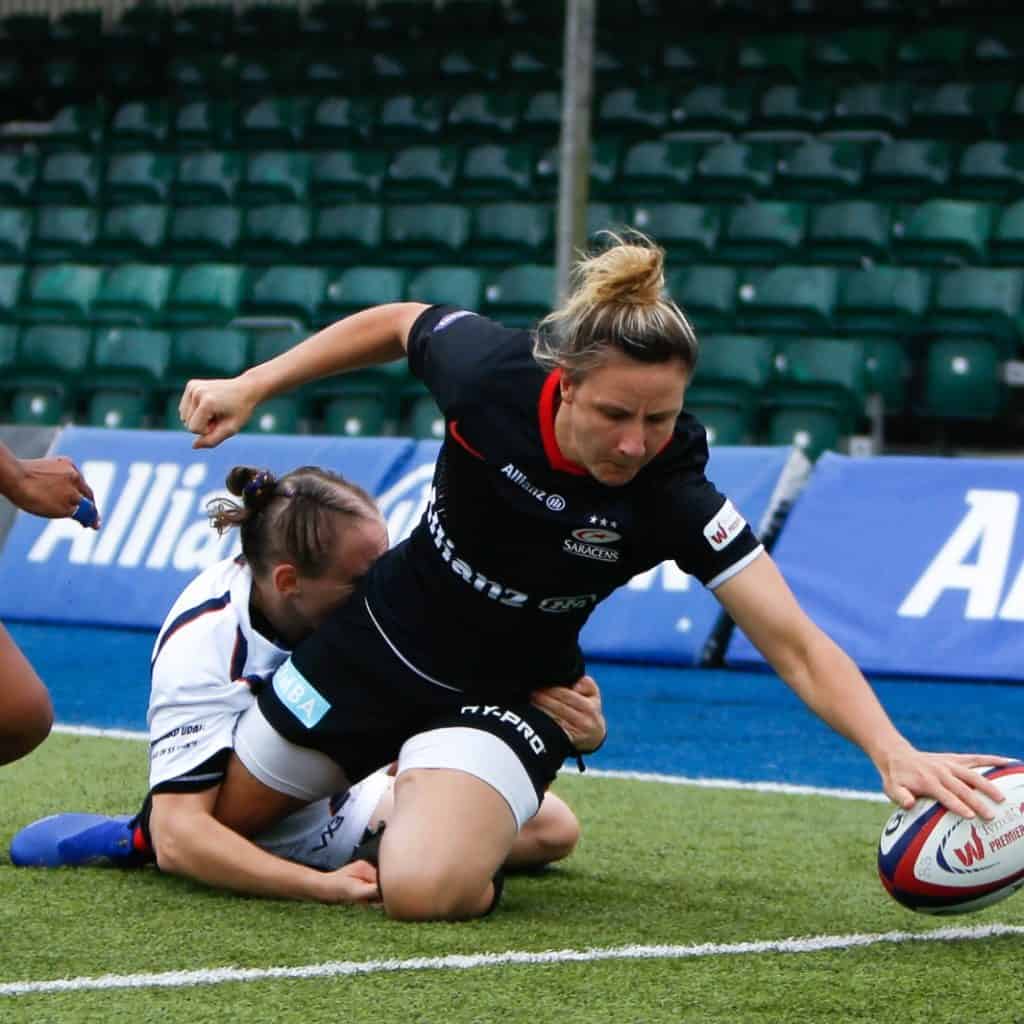 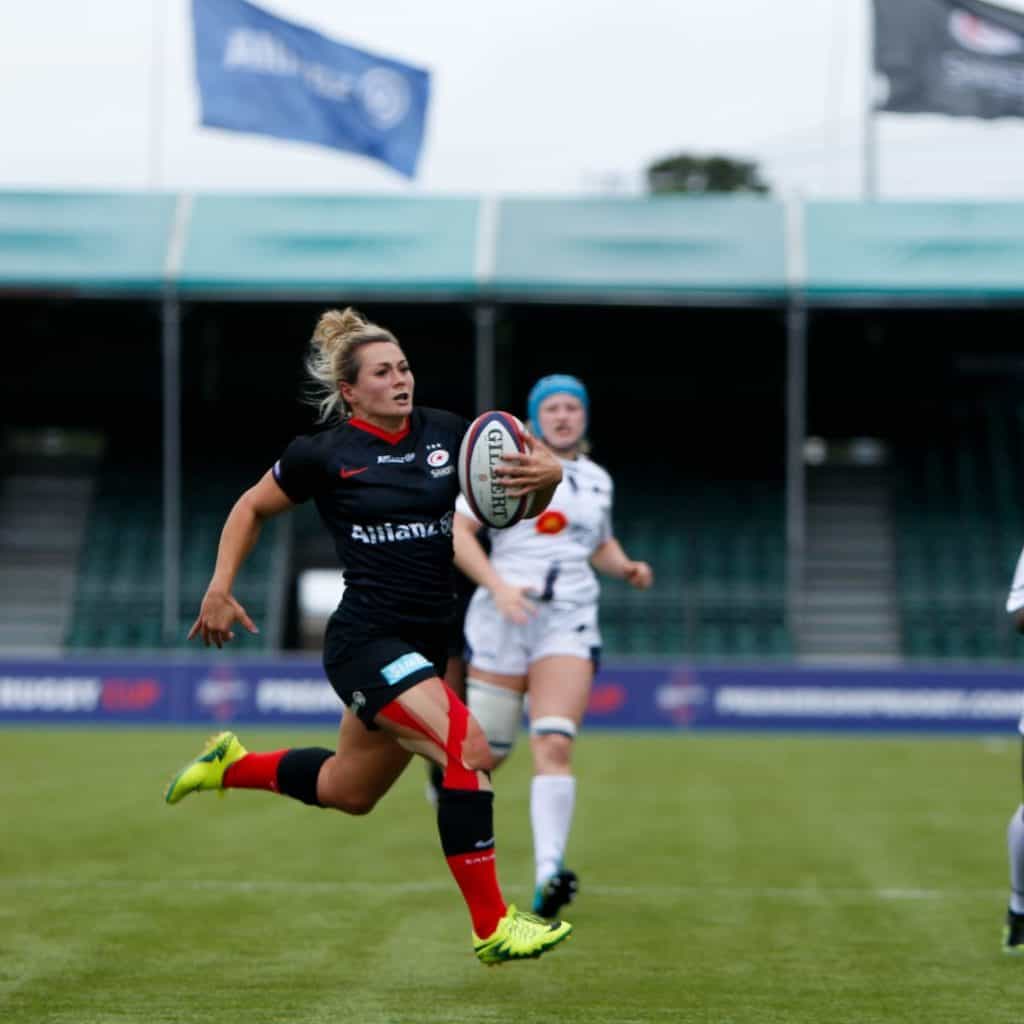 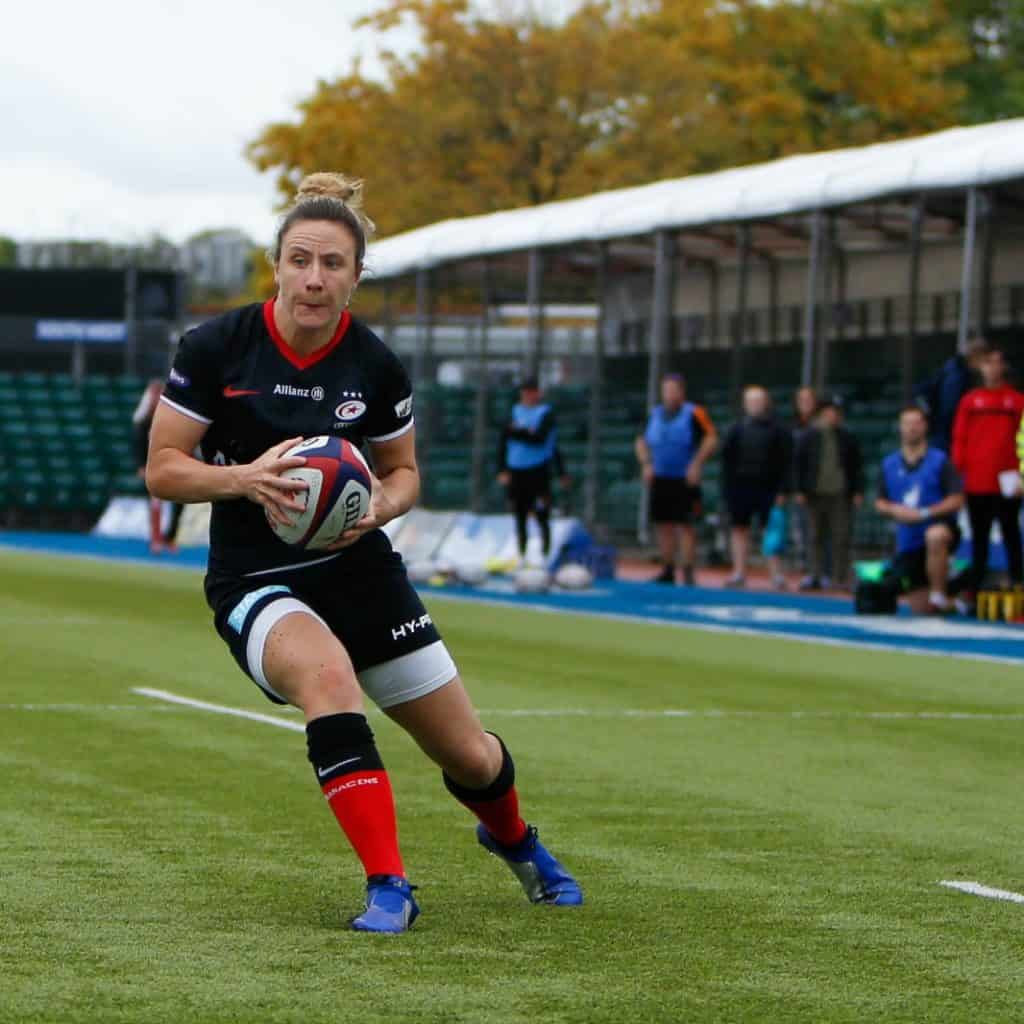 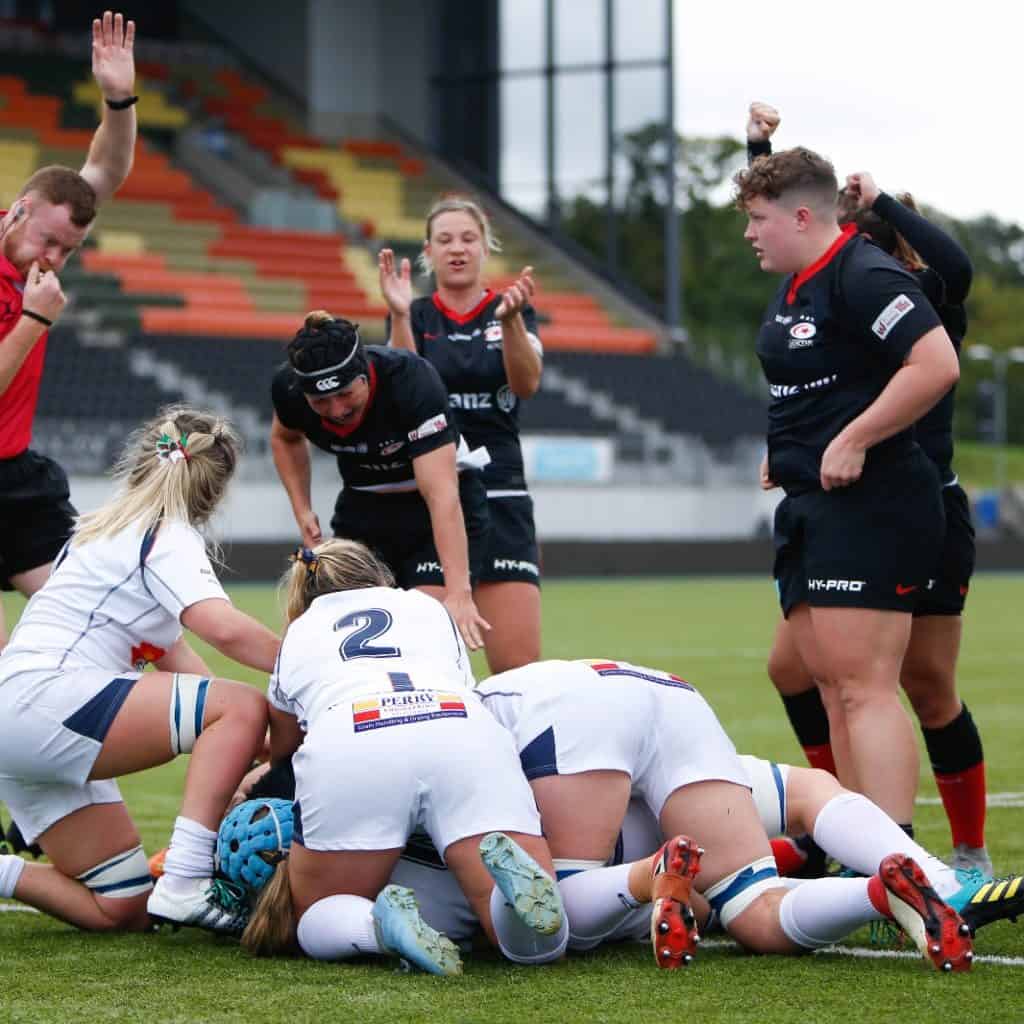 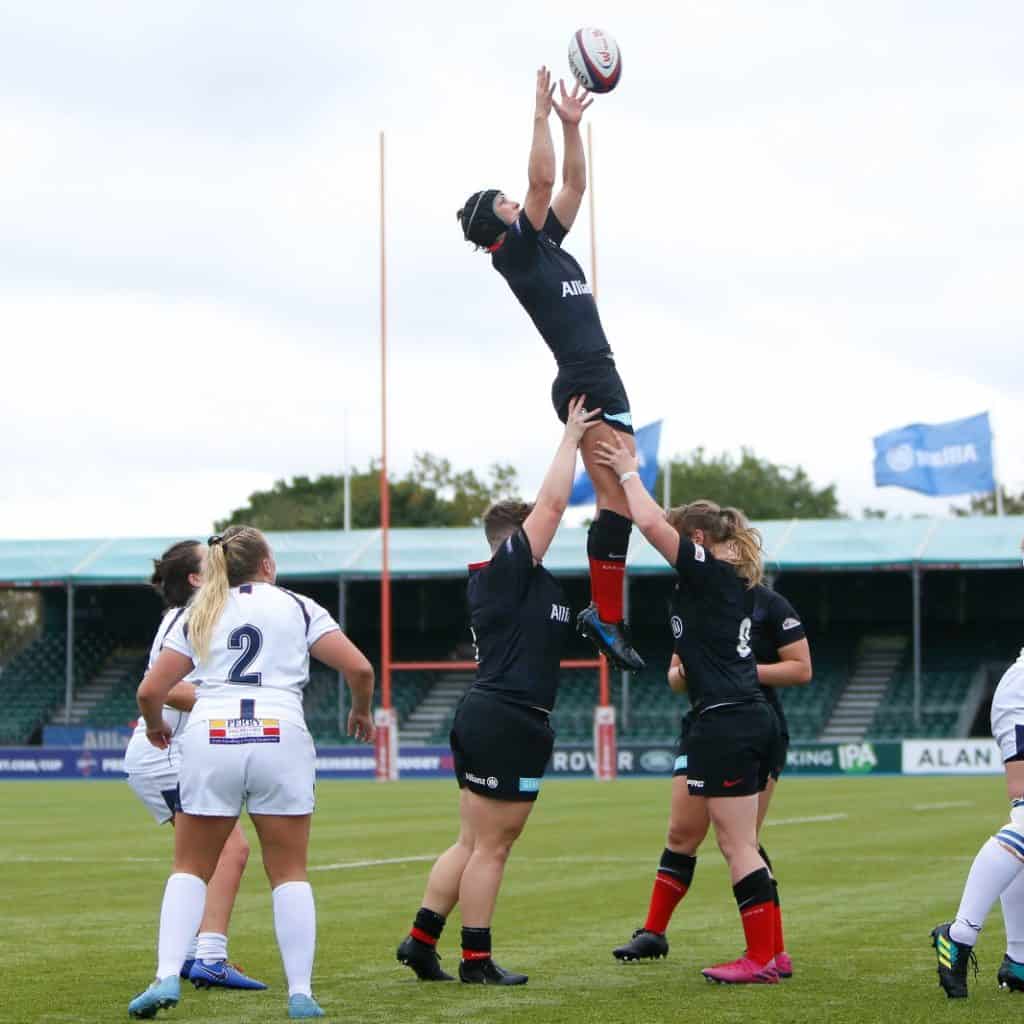 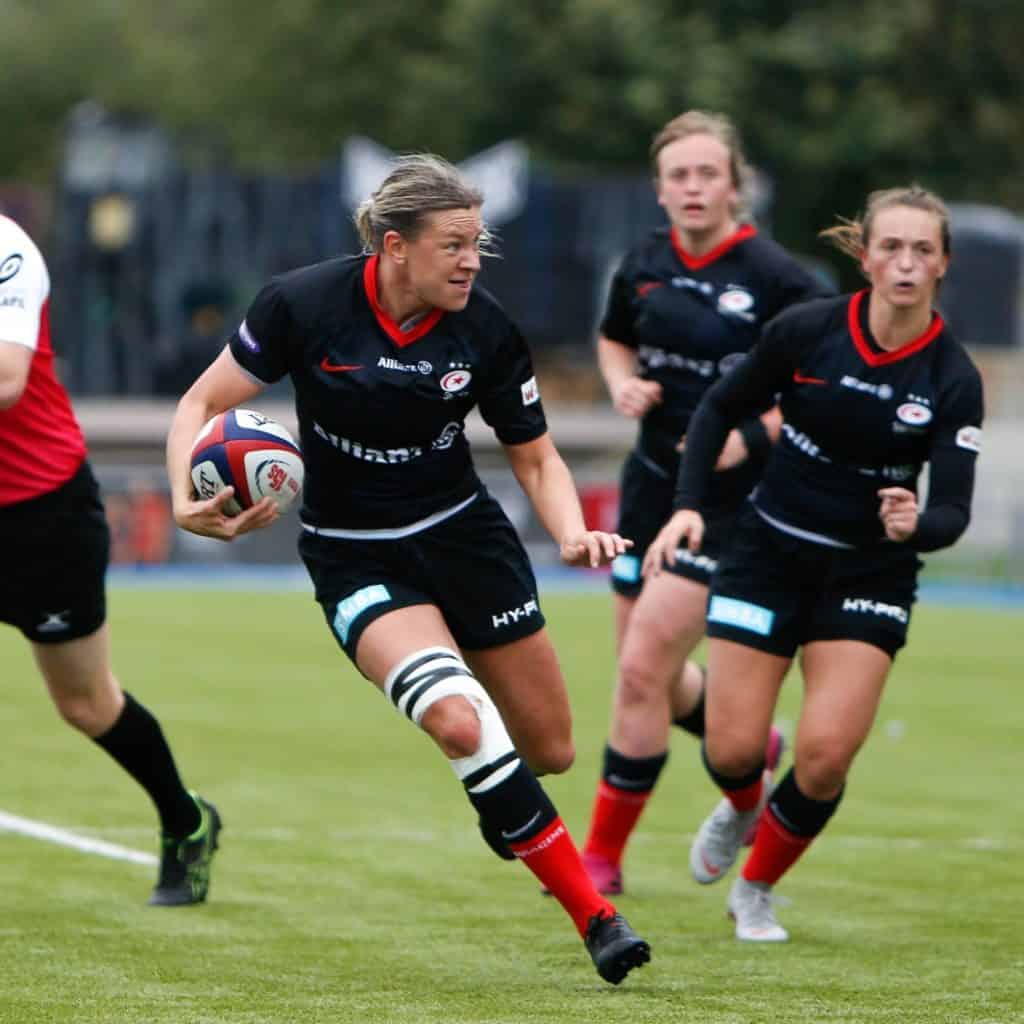 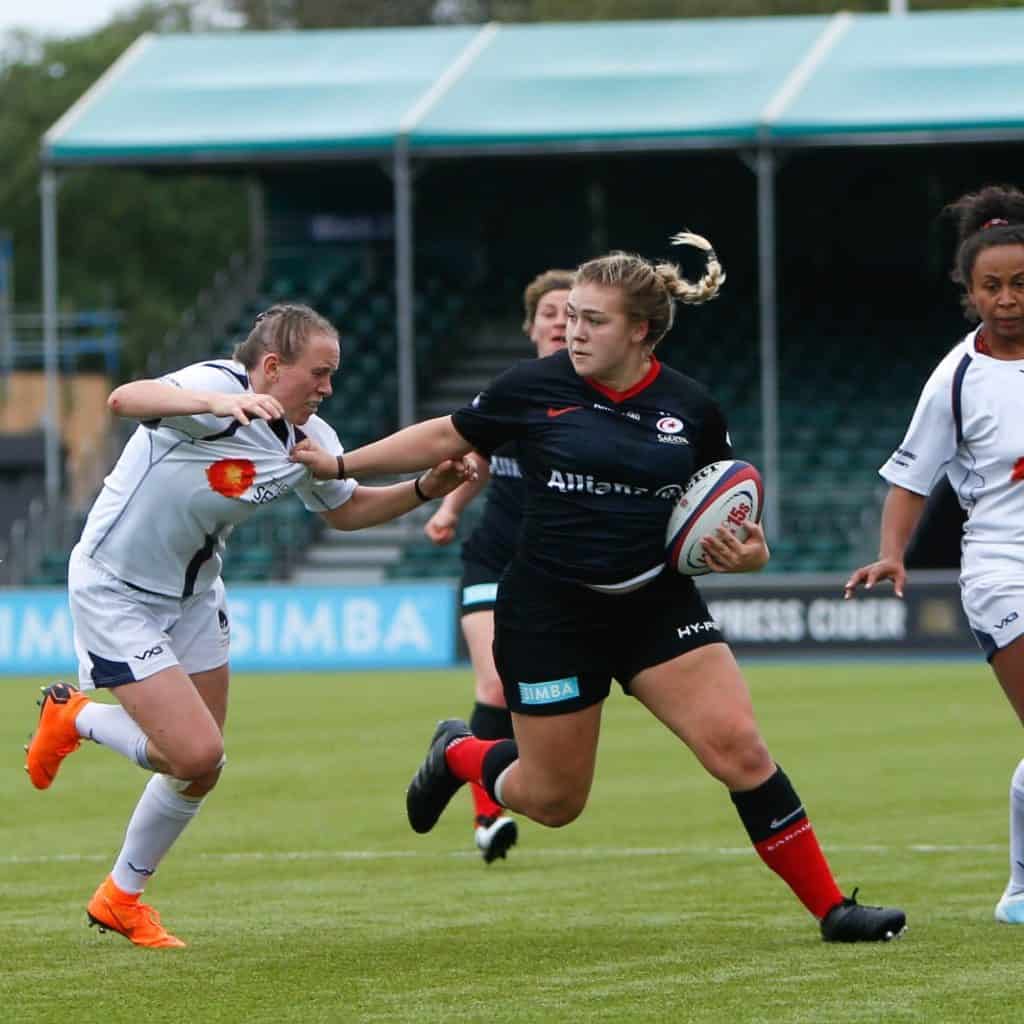 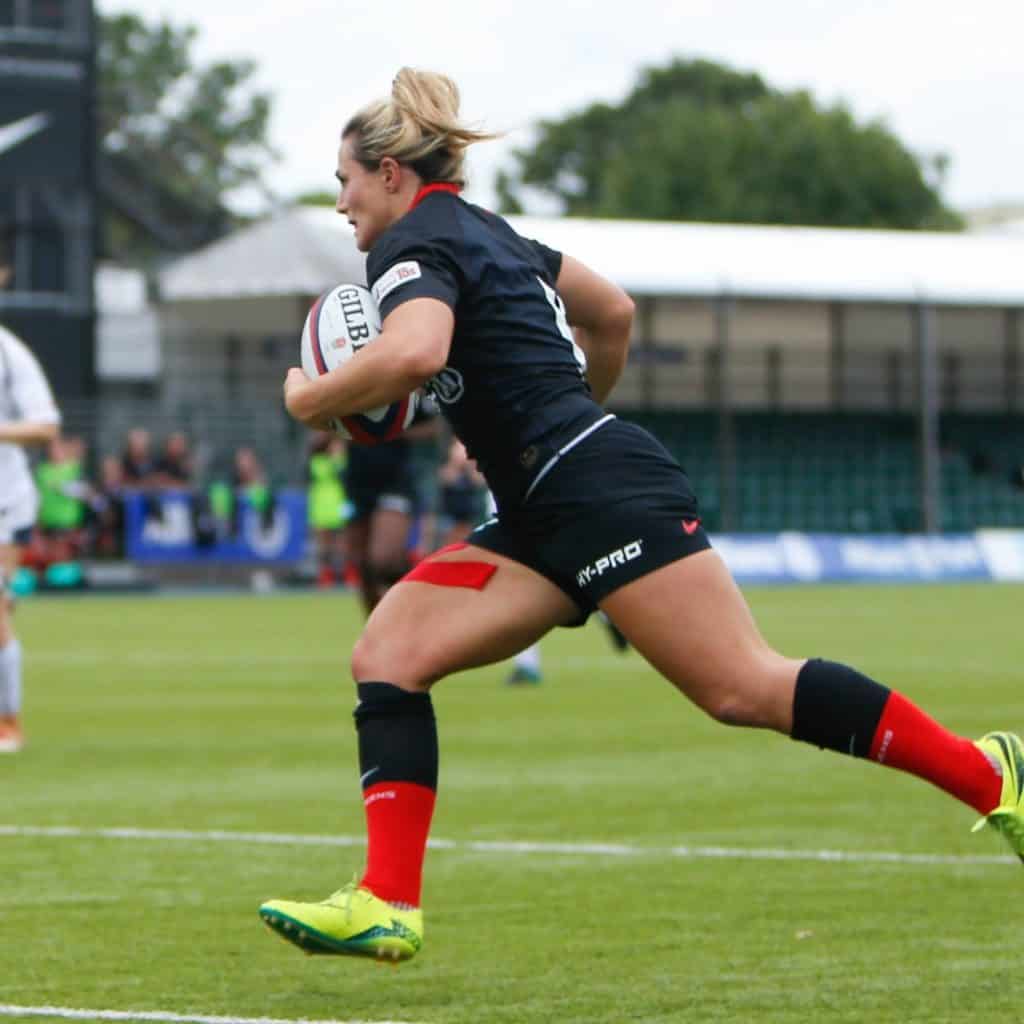 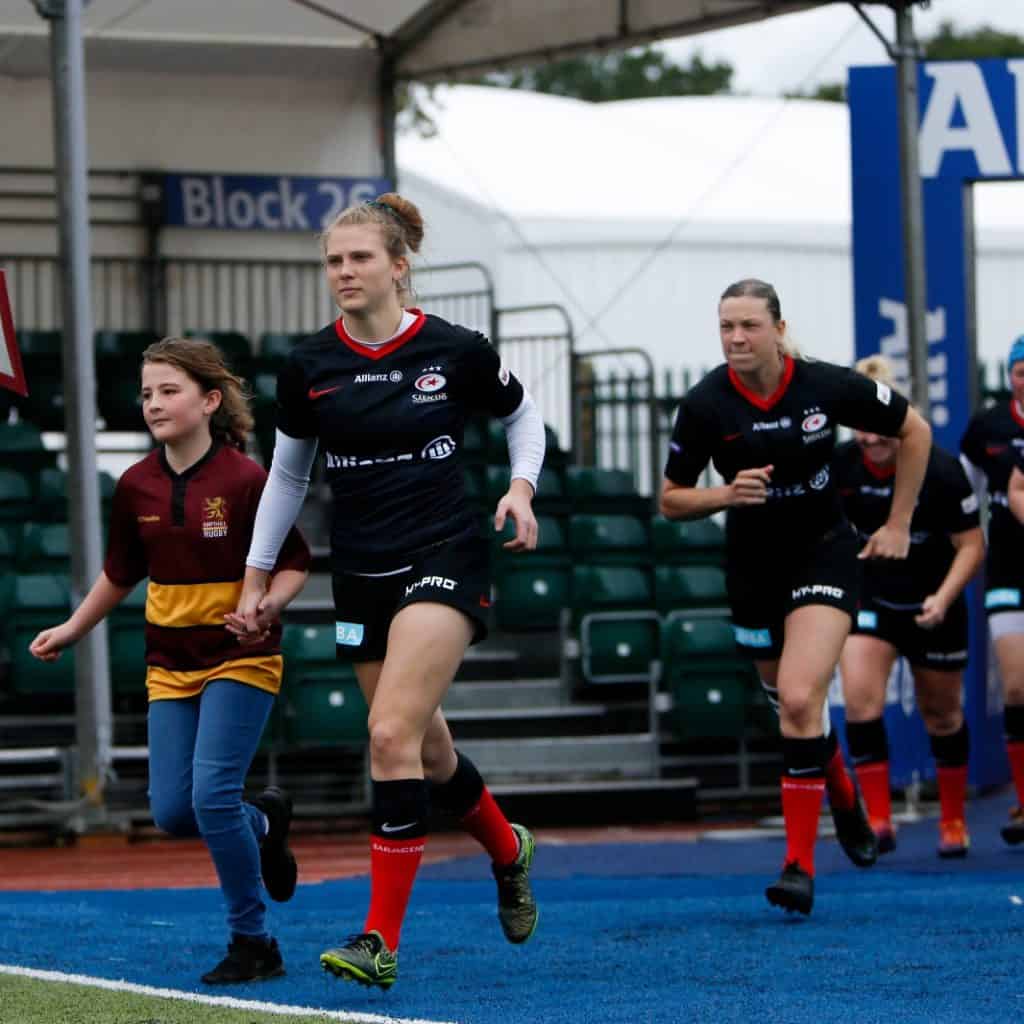