“We felt good out there and we linked up backs and forwards a lot better, probably the best we have so far this season.”

Saracens Women turned on the style in their final home game of 2019 with a comprehensive 69 – 12 win over DMP Sharks at Allianz Park on Saturday 7 December.

The home team ran in 11 tries as they demonstrated their ability to score from both long range and from close to the line.

A second try followed just a few minutes later and it was the other winger Laqeretabua who got this one. She showed her power to hold off two defenders after Clapp and Eloise Hayward created a one-on-one from a kick return.

DMP responded well though and got themselves on the scoresheet as their pacey back three worked their way into the home team’s 22. Despite the suspicion of a knock-on, DMP’s forwards took over and eventually crashed over.

After playing a key role in the first two tries, it was then Clapp’s chance to get on the scoresheet. It was another first phase try as Lingham raced through the DMP midfield defence before drawing the last defender to give the Sarries captain a clear run to the line.

Lingham’s second try followed just a minute later and it was a cracker. Strong carries by Vicky Fleetwood and May Campbell got Sarries on the front foot before the ball was shifted right by the forwards and Lingham showed great footwork to step inside and out-pace the DMP defence.

Harrison added her first conversion of the day to put Saracens 22 – 5 up in as many minutes.

Lingham completed a first half-trick not long after as she took advantage of a loose pass by the visitors to run in from long distance.

There was still time for two more tries in the first 40 as DMP got their second through Tamara Taylor. The visitors enjoyed a long period of possession in the Saracens 22 before the second-row finished well.

Saracens got their sixth try on the stroke of half-time as Alex Ellis finished off a strong attack to get her first try since joining the club. Sonia Green put in a good defensive hit to strip the ball before Campbell ran a nice line to get Sarries close. A few phases later it was Ellis that dotted the ball down.

Two more conversions by Harrison made the half-time score 36 – 12.

Five more tries followed in the second-half as Saracens shored up the defence and took their opportunities when they came.

Hannah Botterman started the scoring as Poppy Cleall lovely offload gave the prop a clear run at the line.

Clapp’s second came as Saracens turned over a DMP line-out deep in their half. The fullback came in on the angle off Harrison’s switch in midfield and burst through the visitor’s defence to go over between the posts.

May Campbell got in on the scoring in the final quarter as Saracens brought up 50. The hooker finished off a powerful driving maul by the home team.

Rocky Clark made it ten tries for Saracens as the experienced prop continued her try-scoring run. Mackenzie Carson made the initial bust in midfield before offloading to Cleall. The home team showed their patience and went through the phases before Clark powered over with support from Cleall.

DMP continued to push hard in the final ten minutes but it was Saracens that finished off the scoring. The visitors earned a penalty but their kick failed to make touch and Laqeretabua returned it with interest.

The winger showed her pace and footwork to weave her through a broken defence and out pace the DMP defence for a fine individual try. 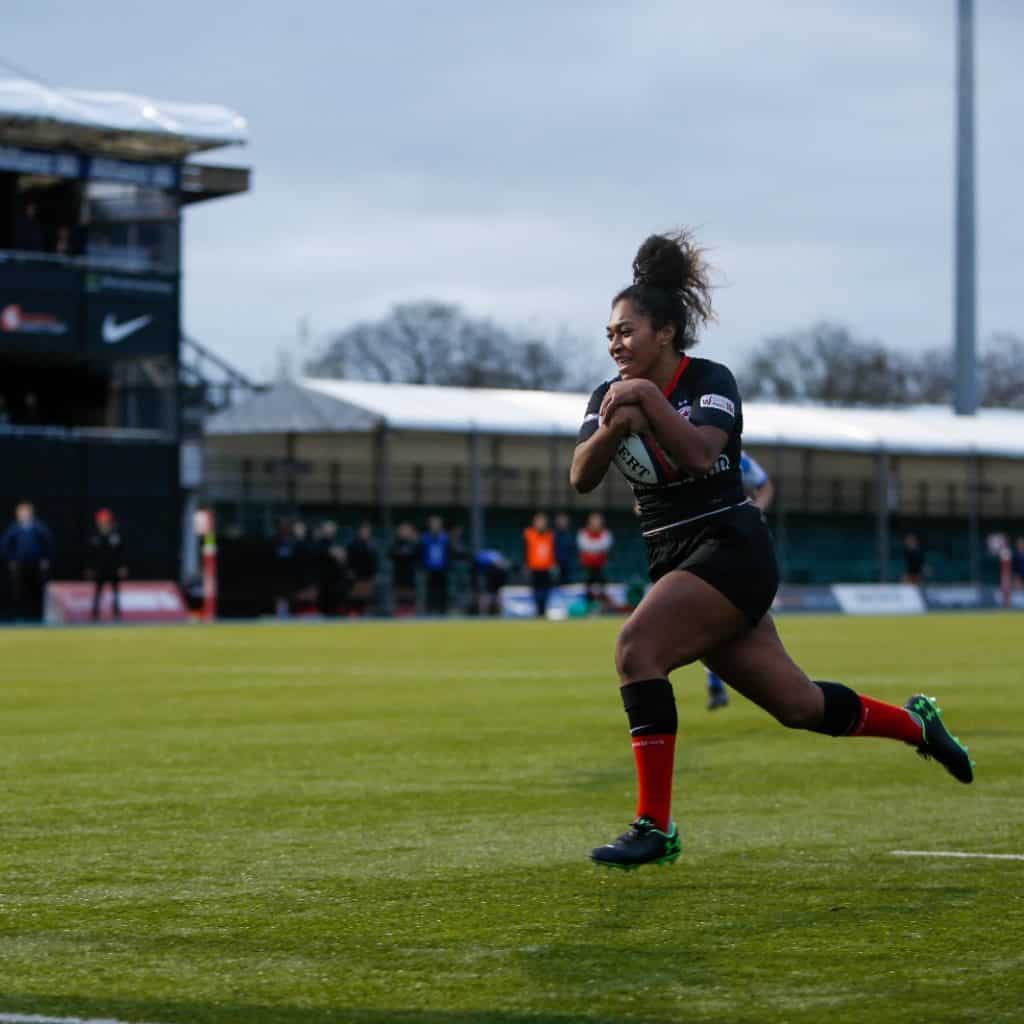 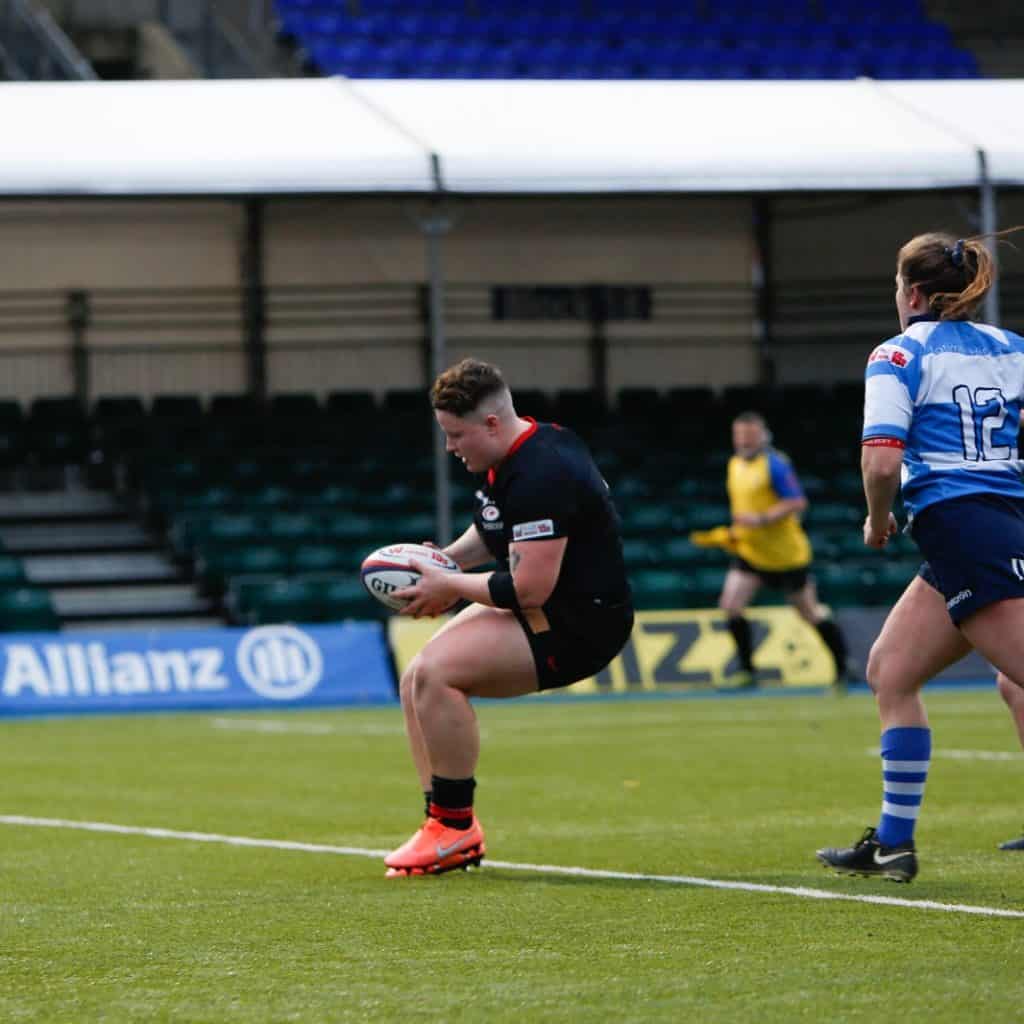 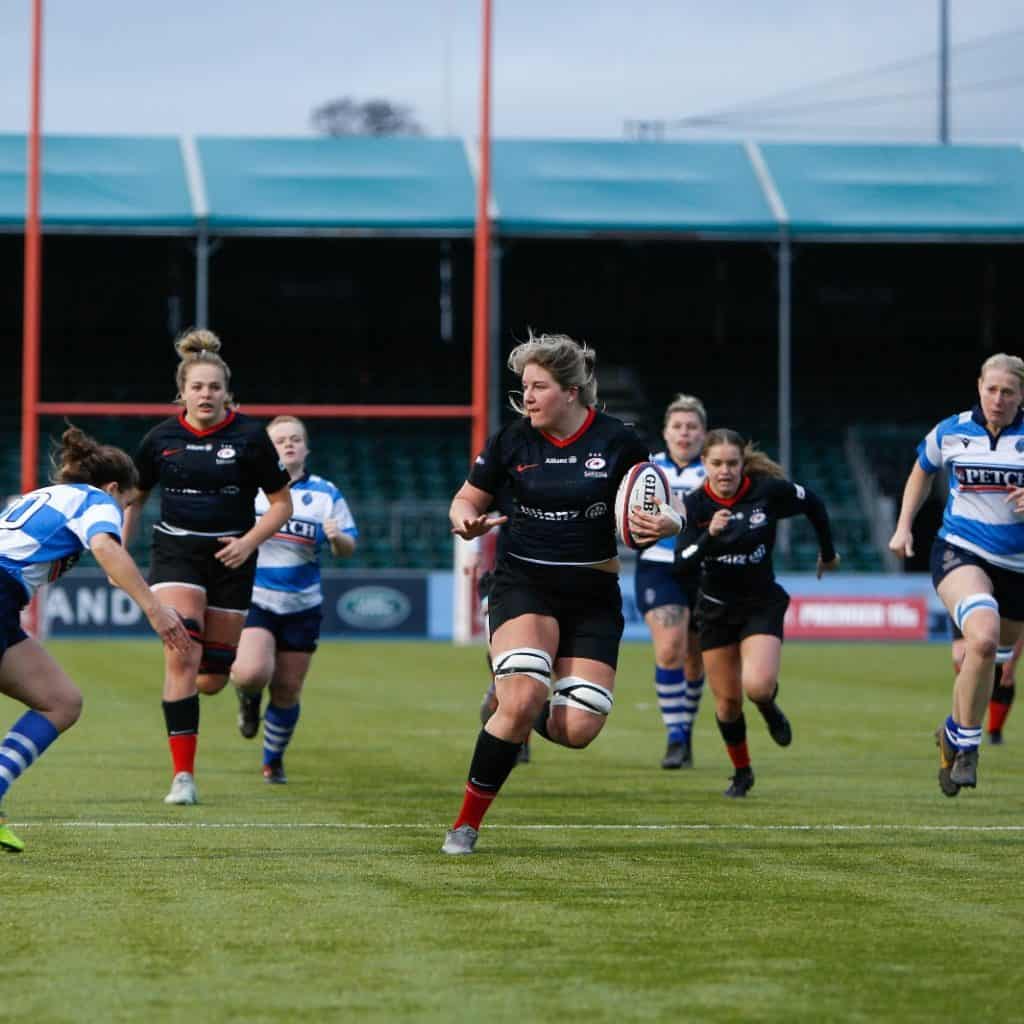 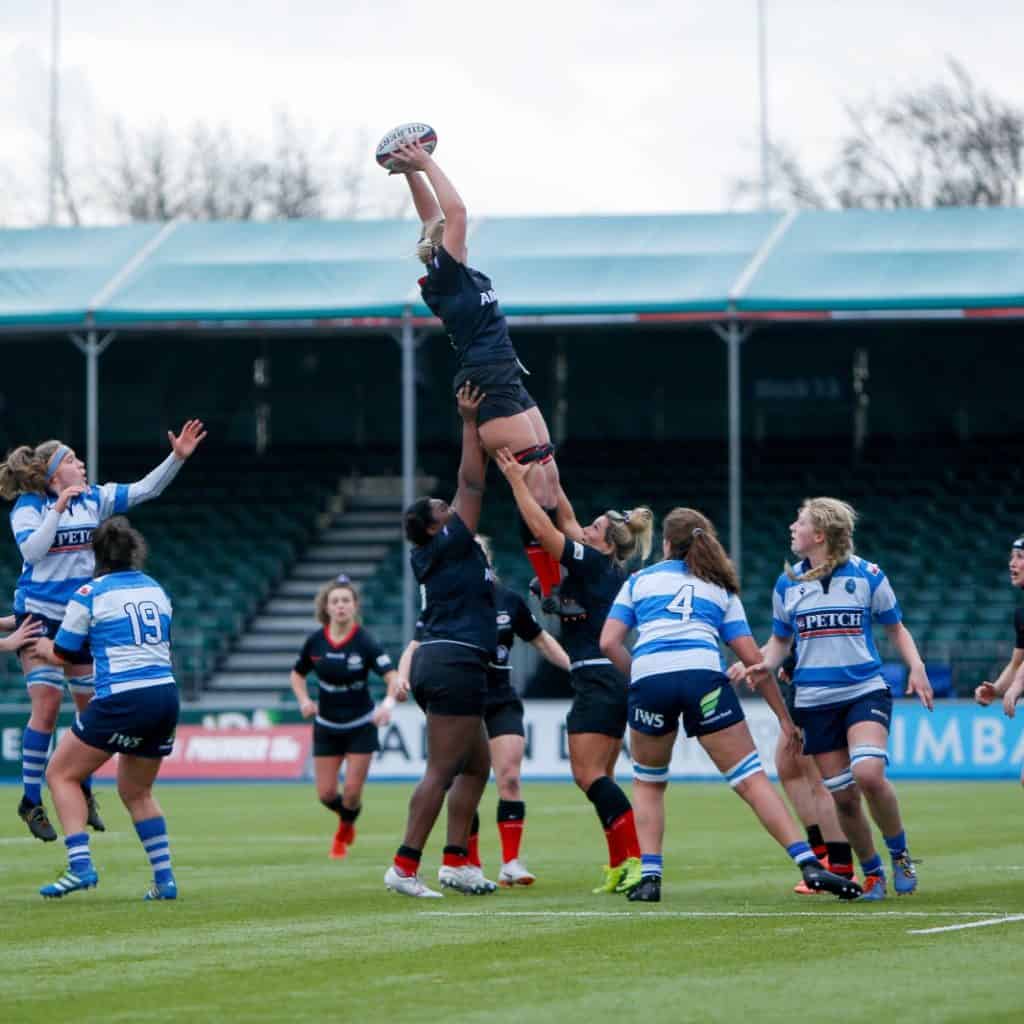 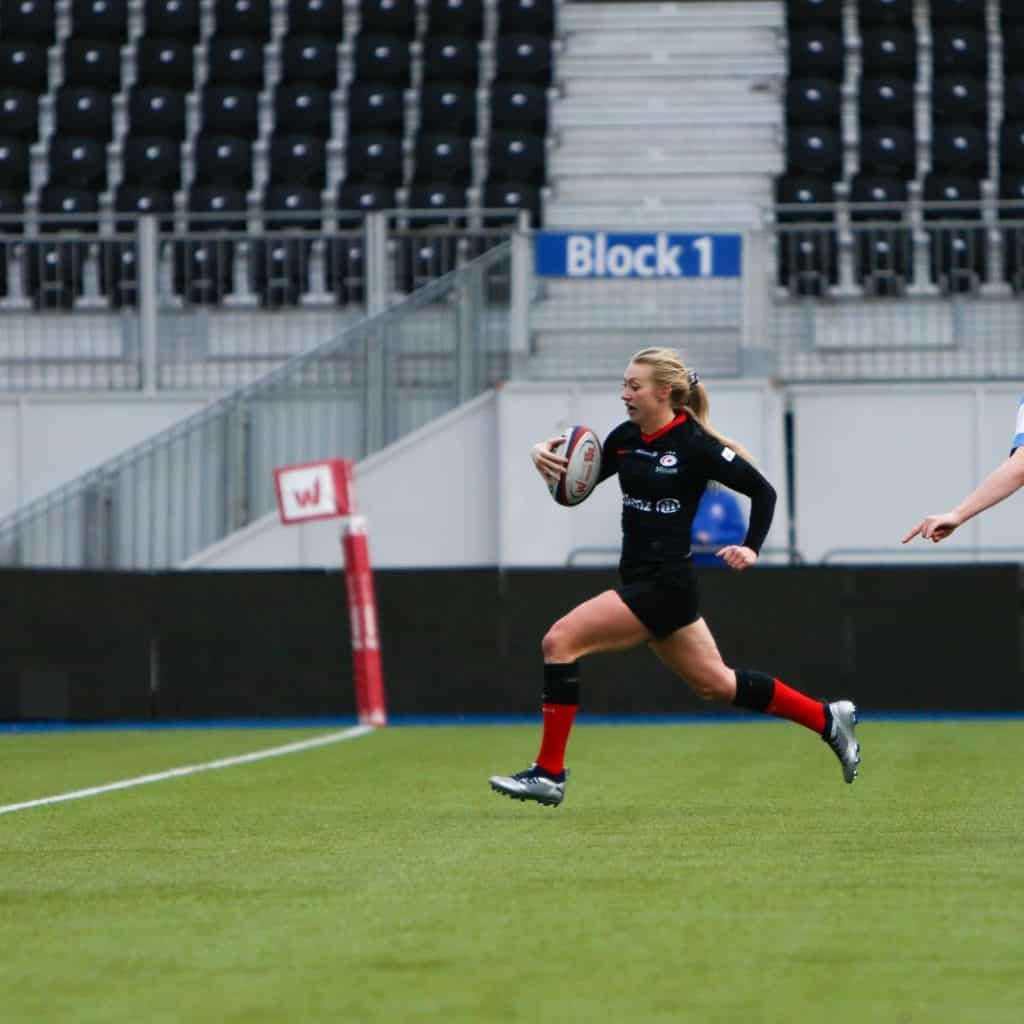 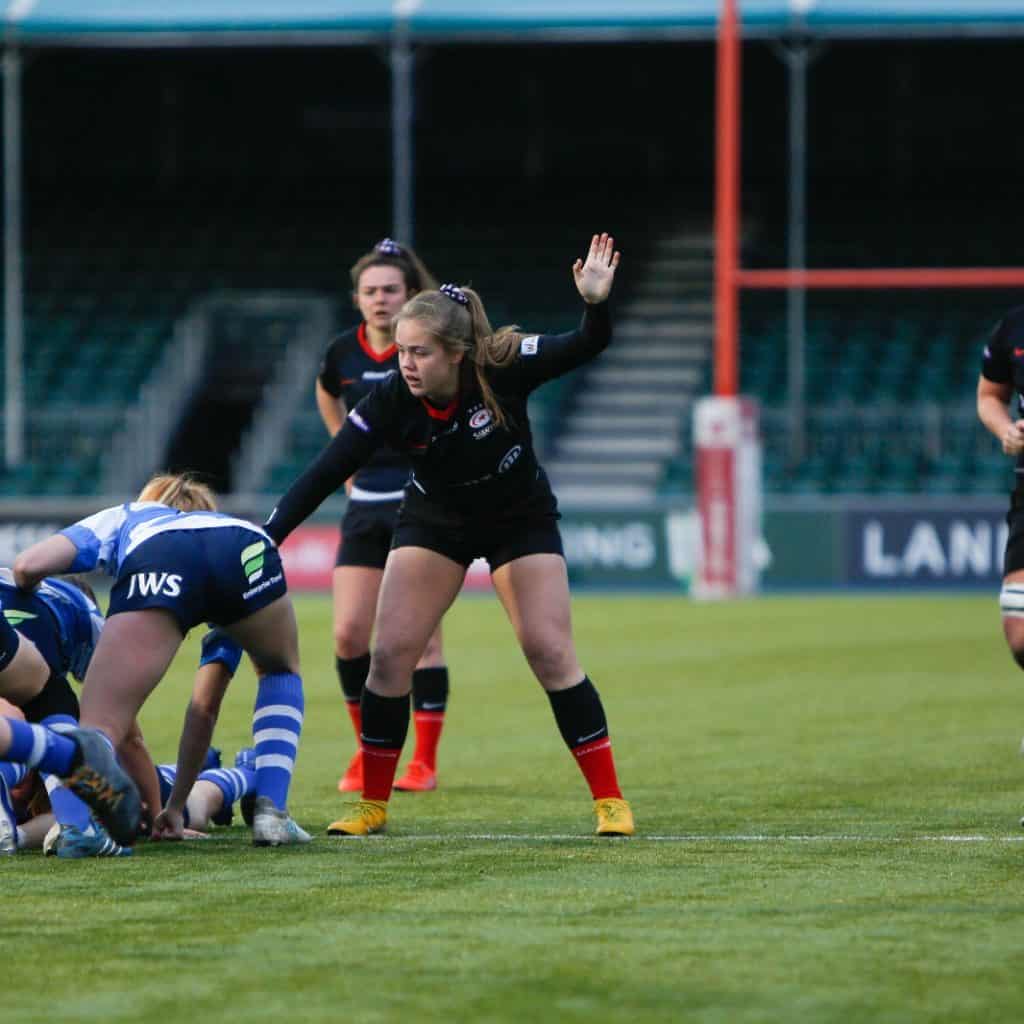 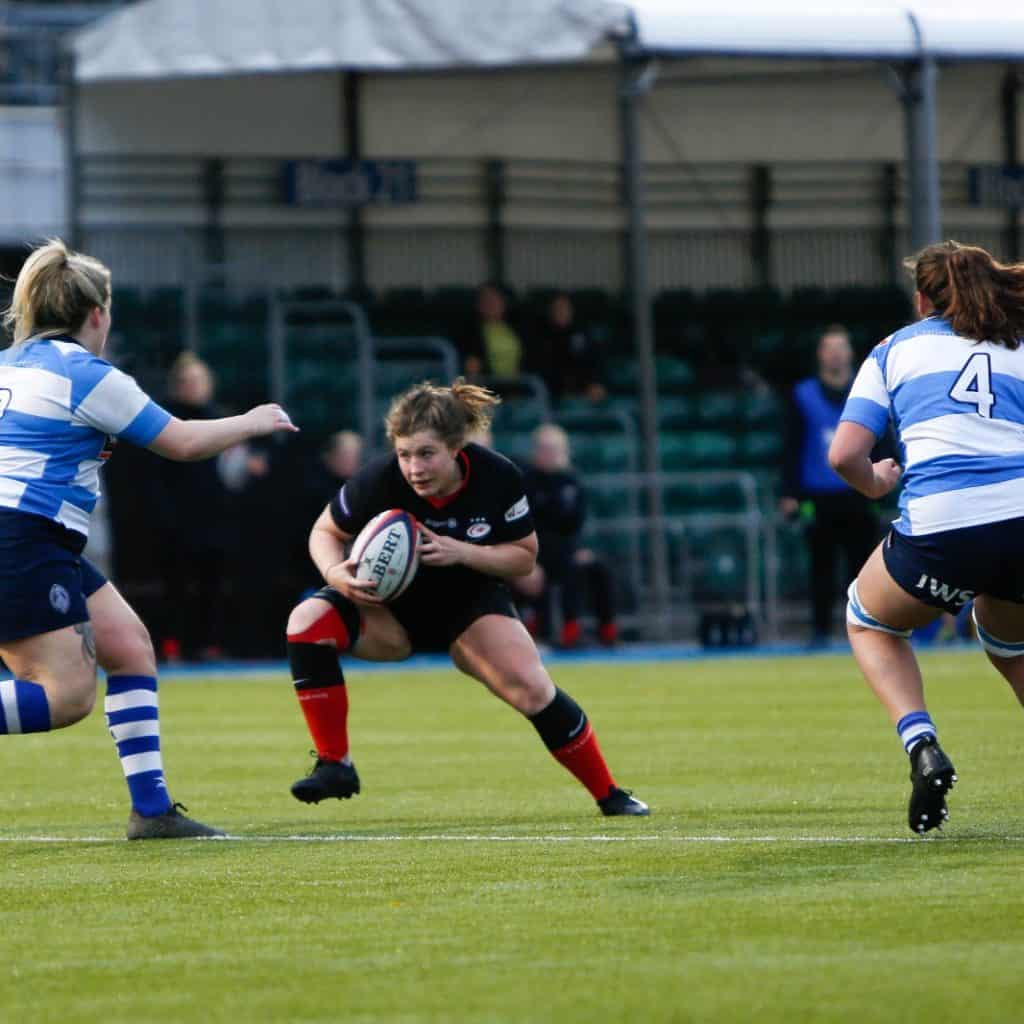 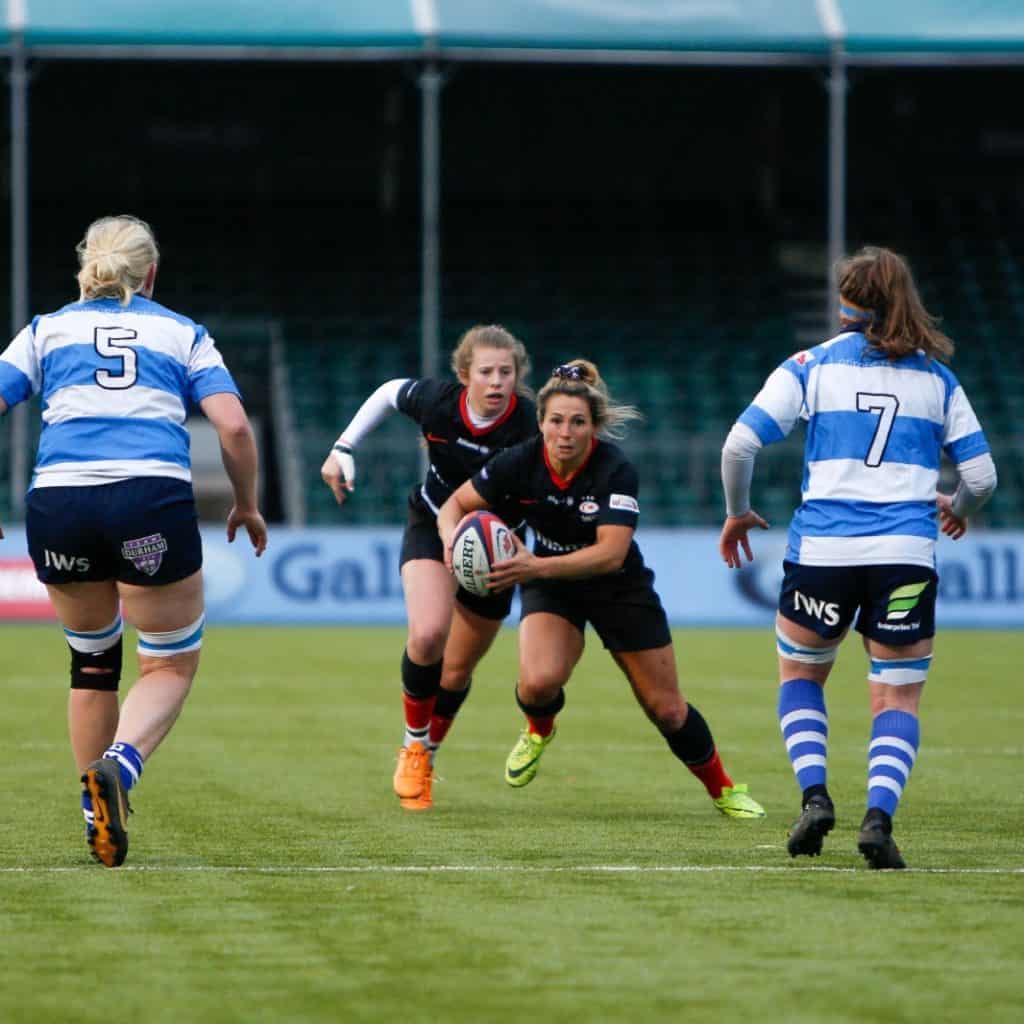