Ali Crossdale scored a try on his first Gallagher Premiership start as Saracens were well beaten at the Ricoh Arena by Wasps.

The Black and Yellows crossed for four first-half tries ahead of Crossdale’s finish on the stroke of half-time.

Fellow wide man Alex Lewington also scored for the Londoners, though it was scant comfort due to another eight Wasps efforts.

Wasps set their stall out early with a Jimmy Gopperth penalty and despite slight Sarries pressure from the restart, the hosts controlled proceedings and raced into a 10-0 advantage.

The away pack parted following a home line-out and flanker Jack Willis barrelled his way to the line.

Again, Saracens responded well. Alex Goode’s beautiful kick over Marcus Watson’s head forced an error from the wing, however the Men in Black couldn’t make the most of their opportunity deep in opposition ranks.

Wasps could though. Returning from England’s Six Nations squad, Jacob Umaga showcased his skillset with a cheeky chip and chase which led to him receiving possession back from Willis to send Nizaam Carr under the sticks.

Things went from bad to worse for the visitors. New Zealand centre Malakai Fekitoa burst through a hole and was hurled down by a recovering Goode, but hooker Tommy Taylor was quick to capitalise on an overlap to the right and Zach Kirbirge benefitted.

The former Newcastle Falcons man scooted over for his second moments later. Scrambling on to a loose ball, he picked up on halfway and sped away from all on the field to dot down.

Saracens did have one moment of glee just before the interval. Neat build-up put Duncan Taylor in behind and the Scotland 13’s perfectly-weighted pass was met by roadrunner Crossdale who dived into the corner on his first Premiership start.

The second half began as the first did with a Gopperth kick at goal but the real penalty was Lewington seeing yellow for a deliberate knock on.

During his 10 minutes in the bin, Wasps made their extra man count scoring a further two tries in quick succession, both of which involved Umaga and Kirbirge.

The former’s crosskick was claimed by the latter whose pop gifted Shields five points and the two combined again shortly afterwards, this time Kirbirge assisting Umaga.

Lee Blackett’s side surpassed the 50-mark with just over 20 minutes remaining when Brad Shields’ rampaging run up the right resulted in his second score.

Sarries continued to try and play. Crossdale skipped up-field on occasion and Taylor battered up the middle. Their persistence eventually paid off as Lewington sprinted home for a consolation.

Gabriel Oghre rounded off the contest on what proved to be a tough outing for Sarries’ young guns in the Midlands. 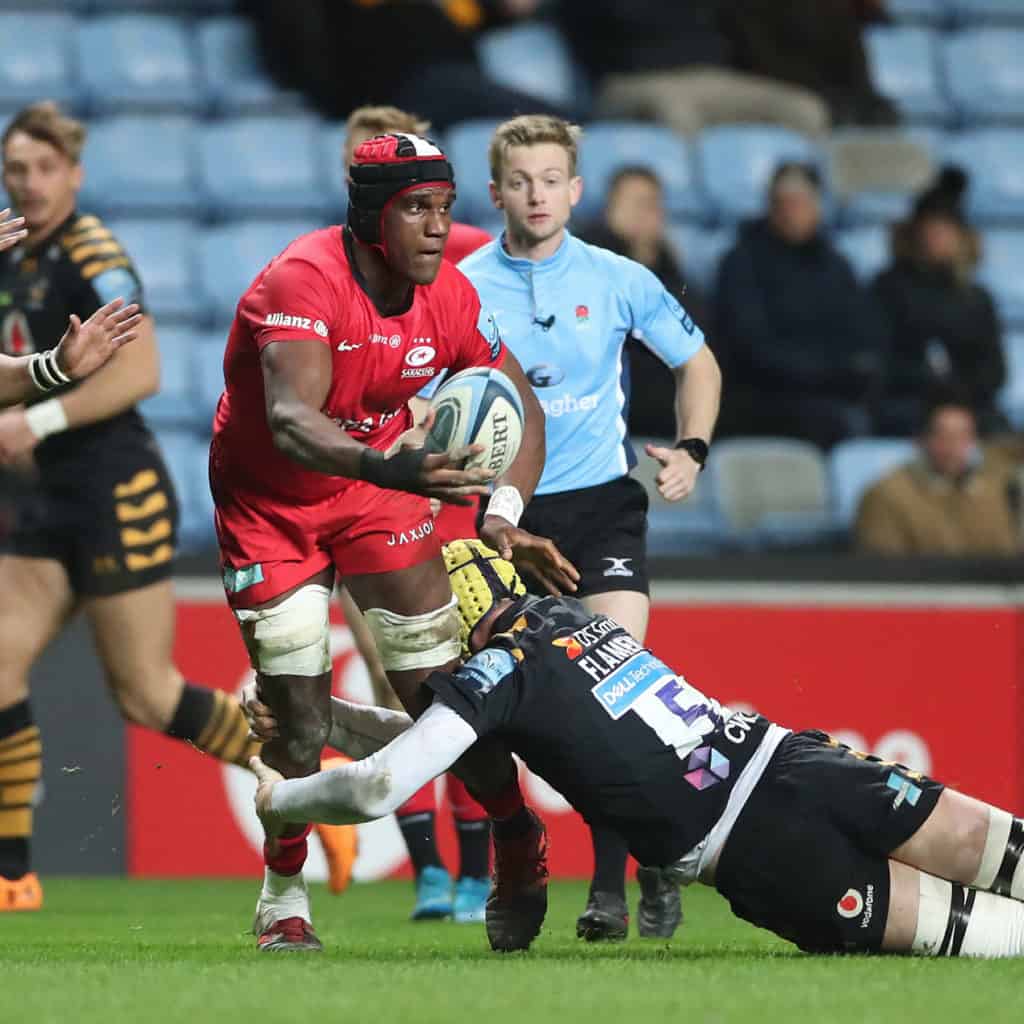 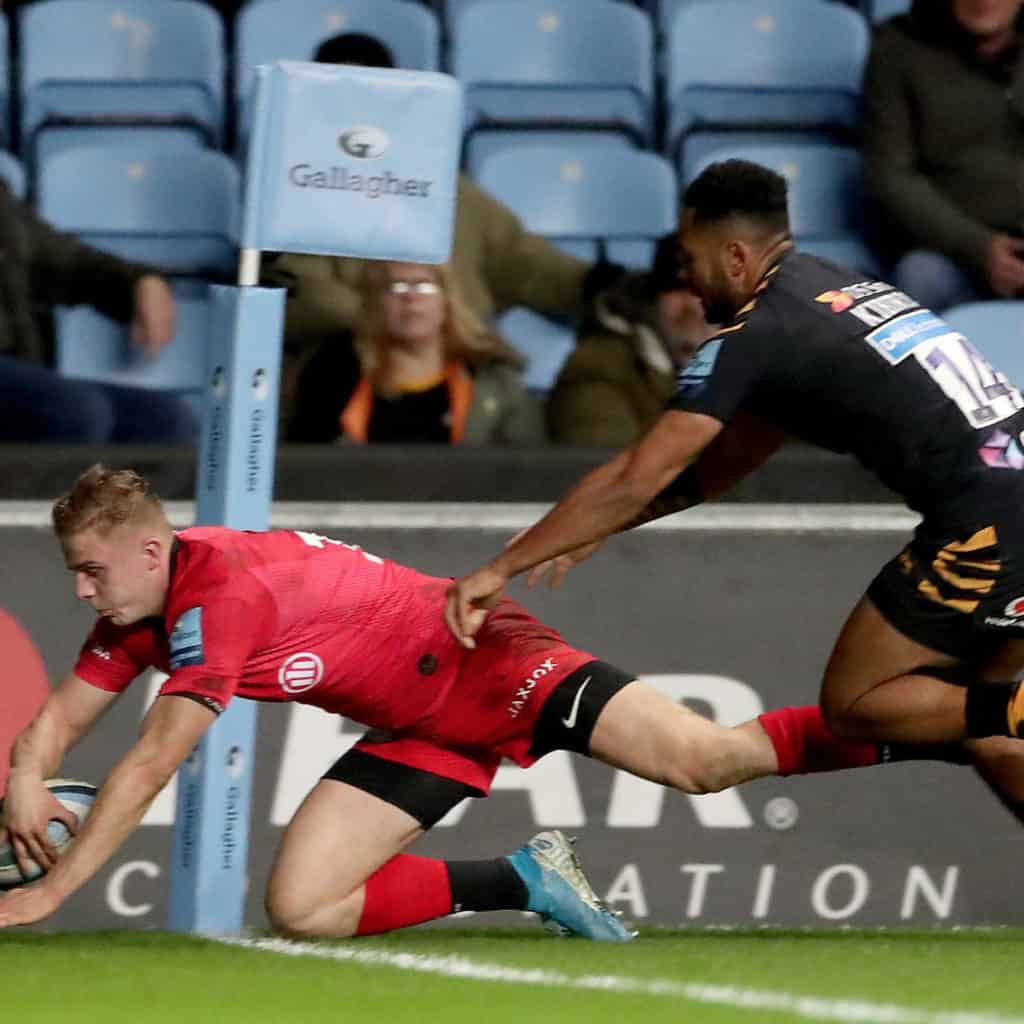 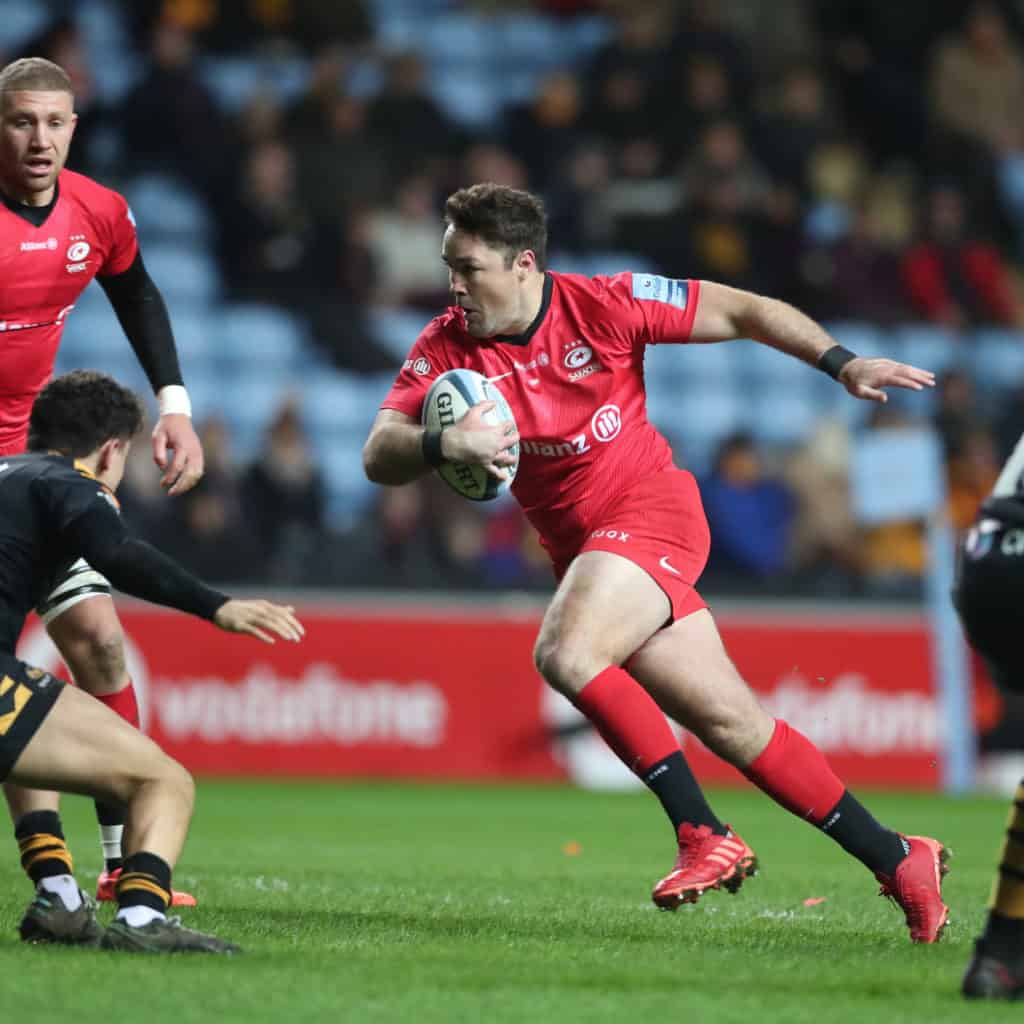 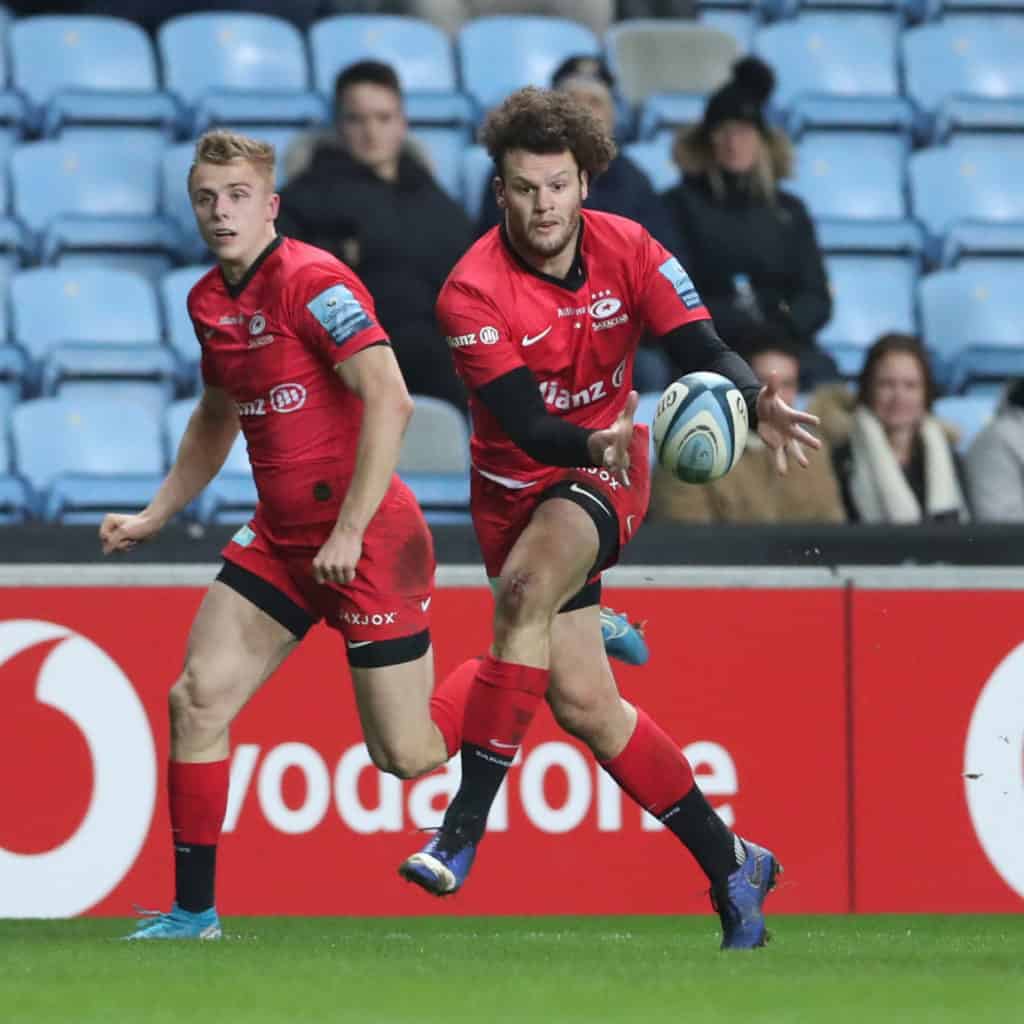 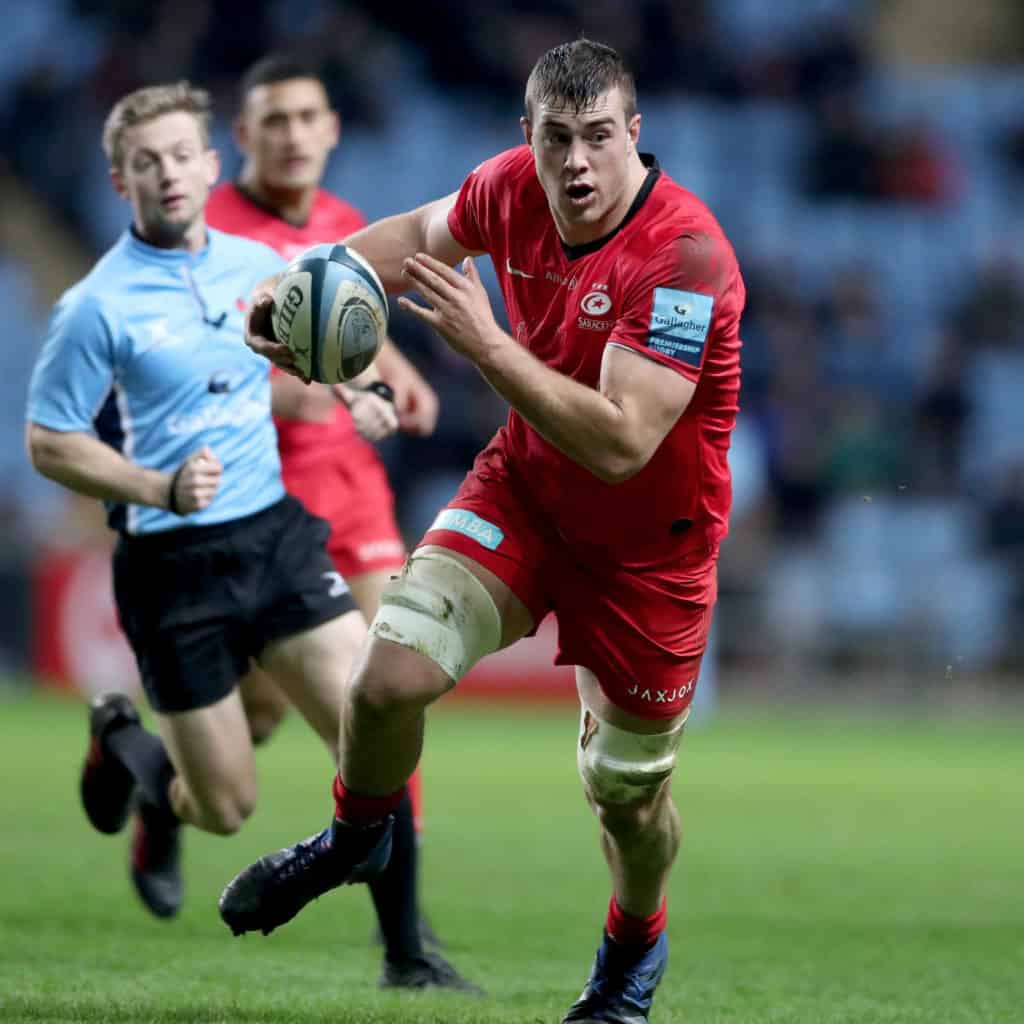 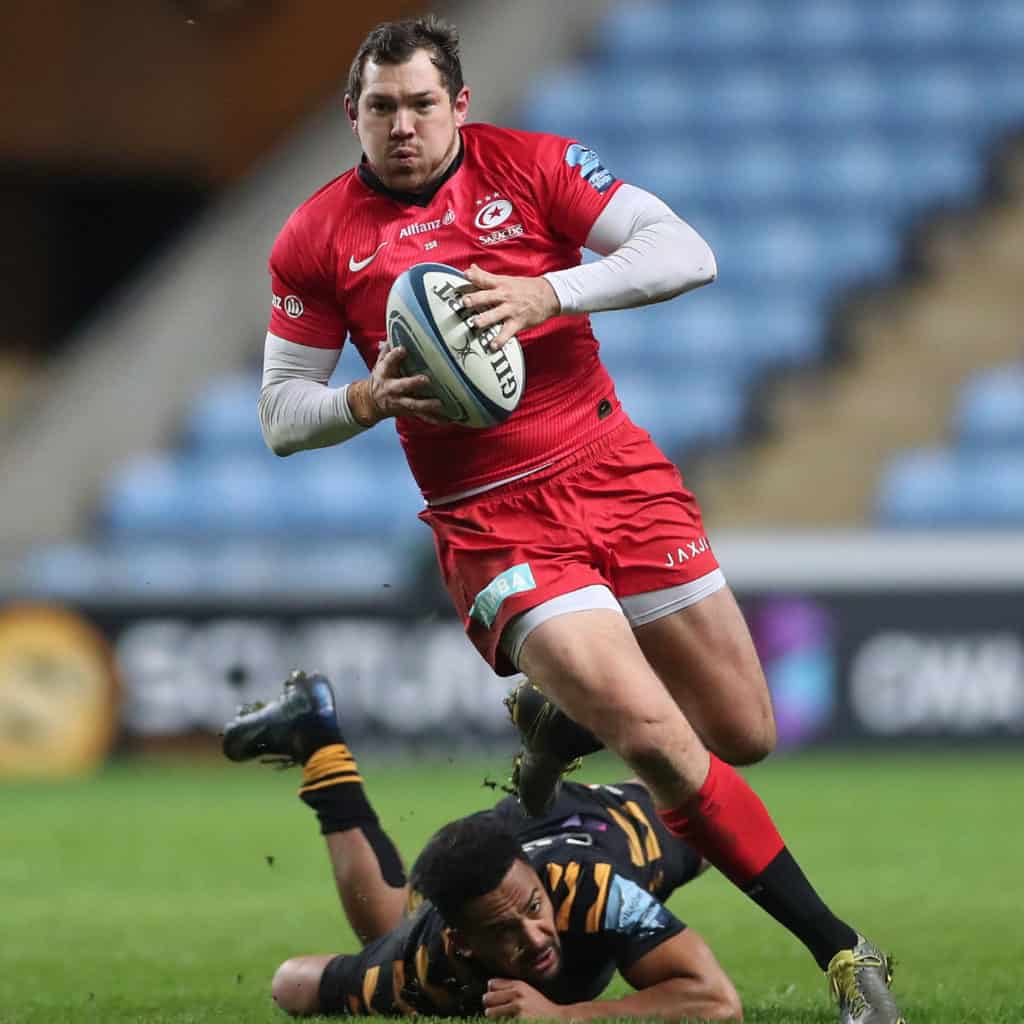 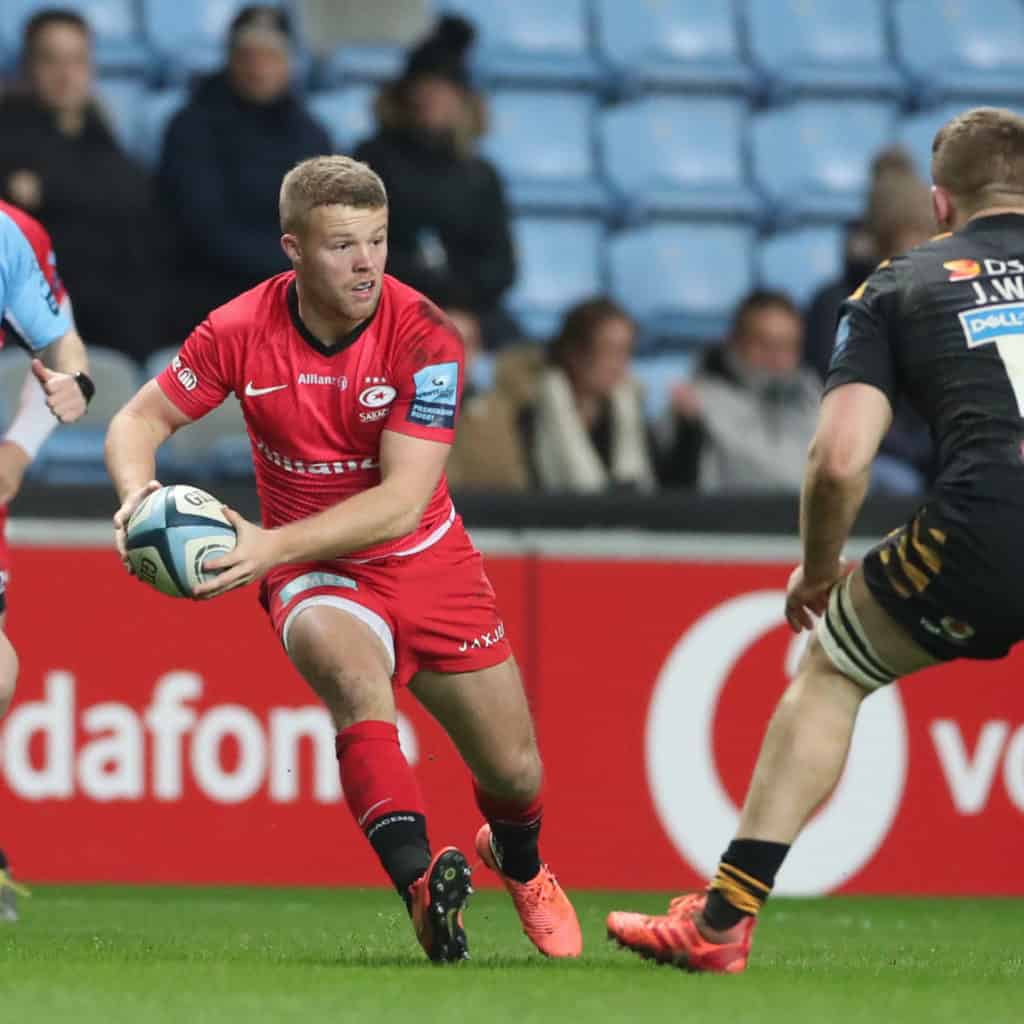