Saracens reached the final of the Premiership Rugby Cup by defeating Worcester Warriors 38-22 at Sixways.

Scrum-half Tom Whiteley scuttled over to get the ball rolling and Rotimi Segun snuck in the corner following a lovely team move to extend the visitors’ lead.

Alex Lozowski slotted to penalties to Scott van Breda’s one before Warriors grabbed a first score through Nick David but another two tee-kicks from Lozowski pushed Sarries further ahead.

Worcester’s Tom Howe dotted down to make the gap tight, however some Max Malins magic, first a try and then an assist for Sione Vailanu, put the game to bed prior to a second Howe touch down.

Saracens will head to Northampton Saints or Newcastle Falcons in the final on Sunday 17thMarch.

In the build-up to the match, centre Dom Morris identified the defence as being key to the Men in Black’s success against Worcester and so it proved inside the opening 10 minutes with superb line speed and sheer brutality leading to the first score.

A charge down and a chase resulted in Whiteley hacking his way to the line for an electric start and Segun made it better moments later from first phase ball.

Adam Powell’s side dominated at scrum time and marched down field on several as a result of penalties won, one of which Lozowski converted.

Hooker Tom Woolstencroft, leading from the front, went on a rampaging carry just after the 13’s latest nudge and the England international put another over to make it 18-0.

Van Breda slotted on the stroke of half-time as the hosts hammered the Sarries defence and straight after the break their persistence was rewarded when, with advantage being played, the ball was flung wide for David to trot in unopposed.

Howe added Warriors’ second, chipping, chasing and gathering before Malins turned it on.

Taking a well-timed pass from the excellent Sean Reffell, the fly-half glided through to slide over and then turned provider with a beautiful solo slalom. He perhaps could have scored himself but instead passed to Matt Gallagher and when he was tackled inches from the line, Vailanu was on hand to crash home from close range.

Worcester did manage a third try with the clock in the red, Howe crossing but that failed to dent any Saracens smiles. 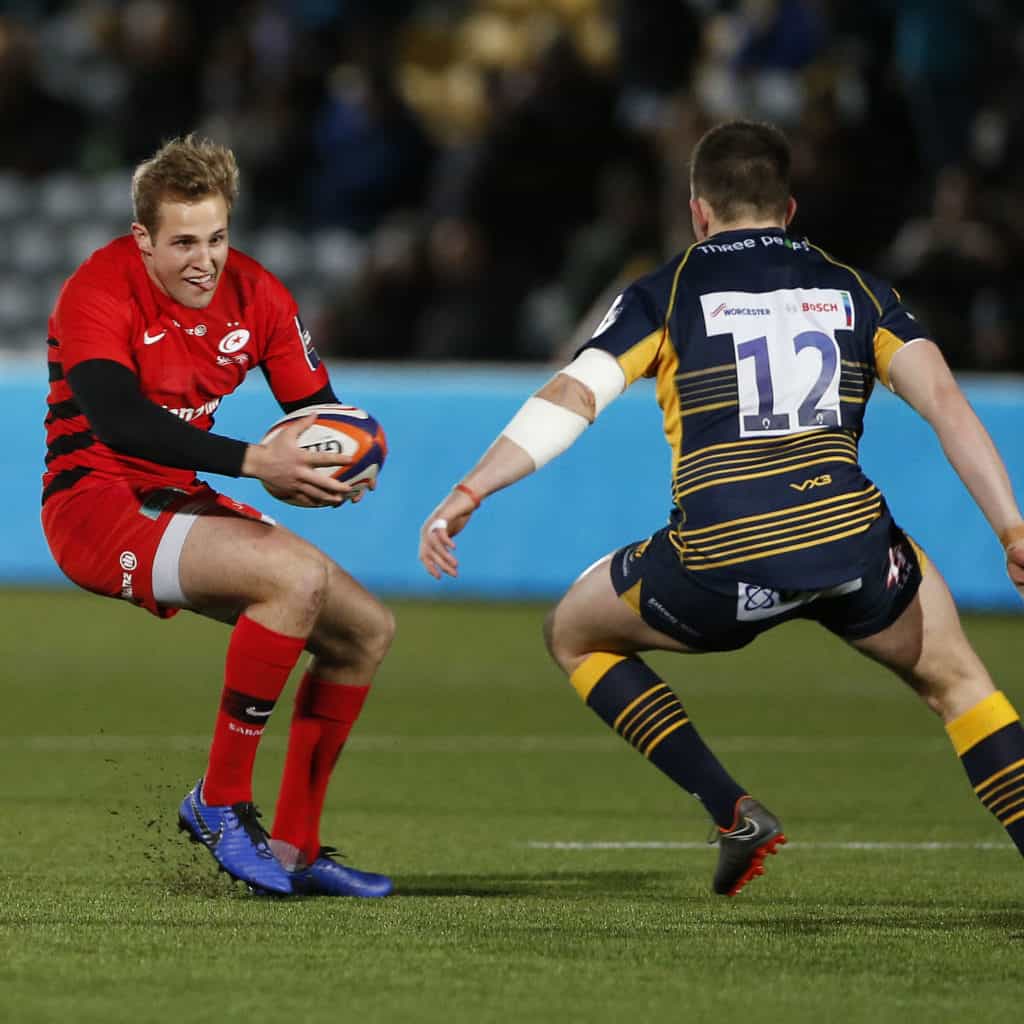 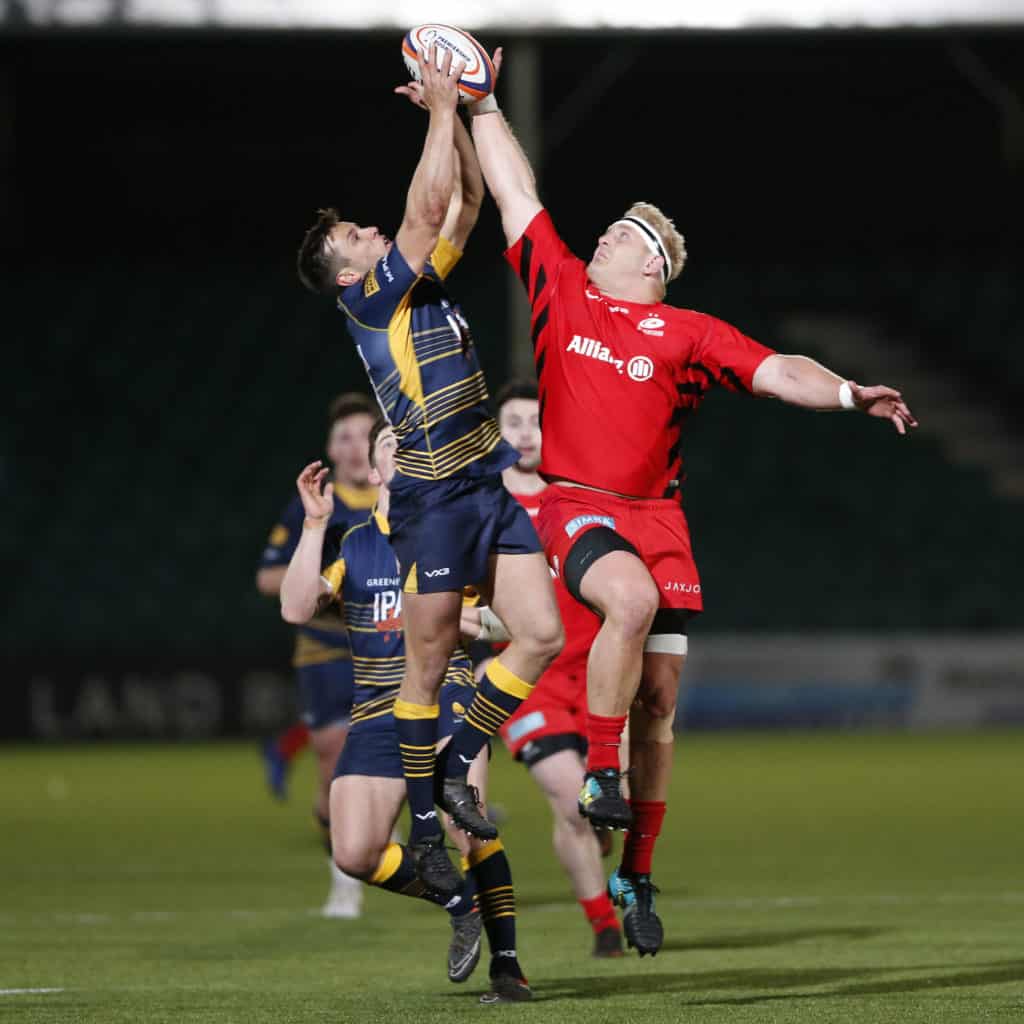 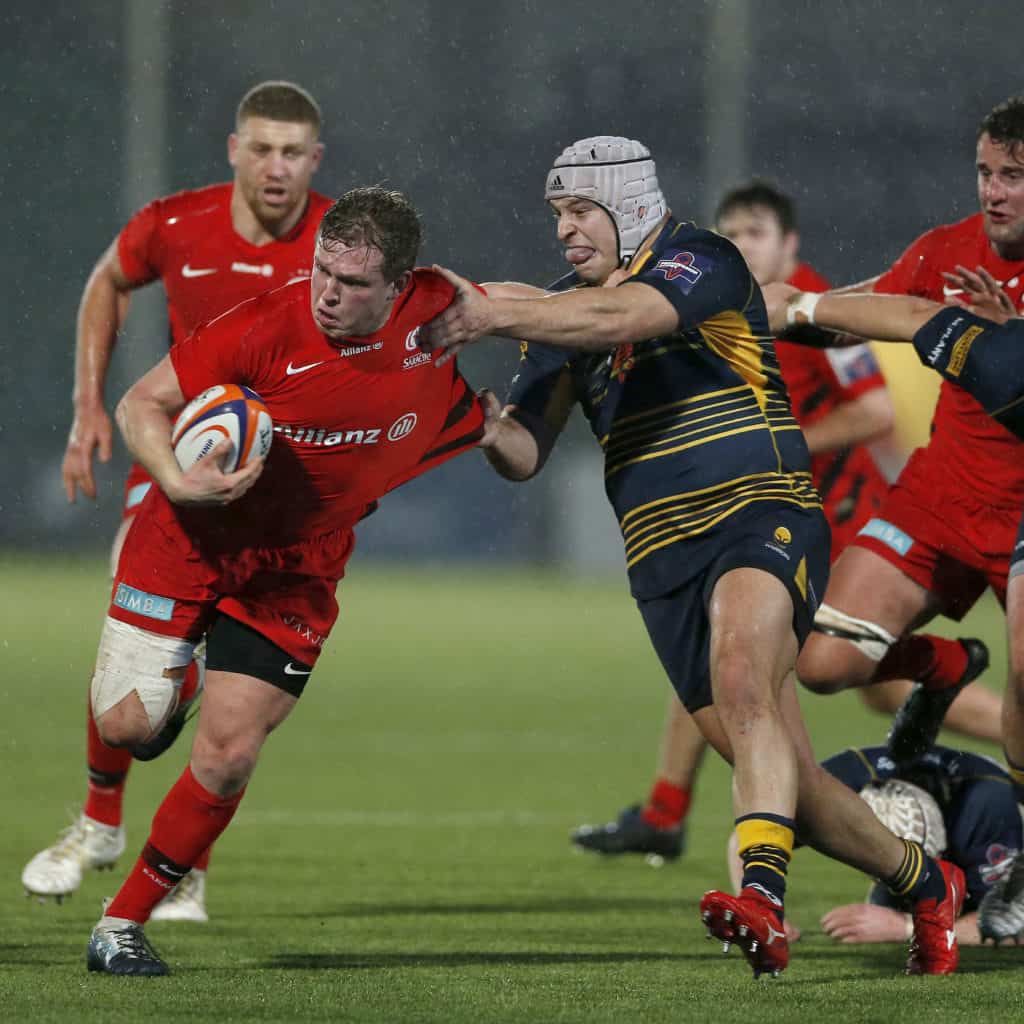 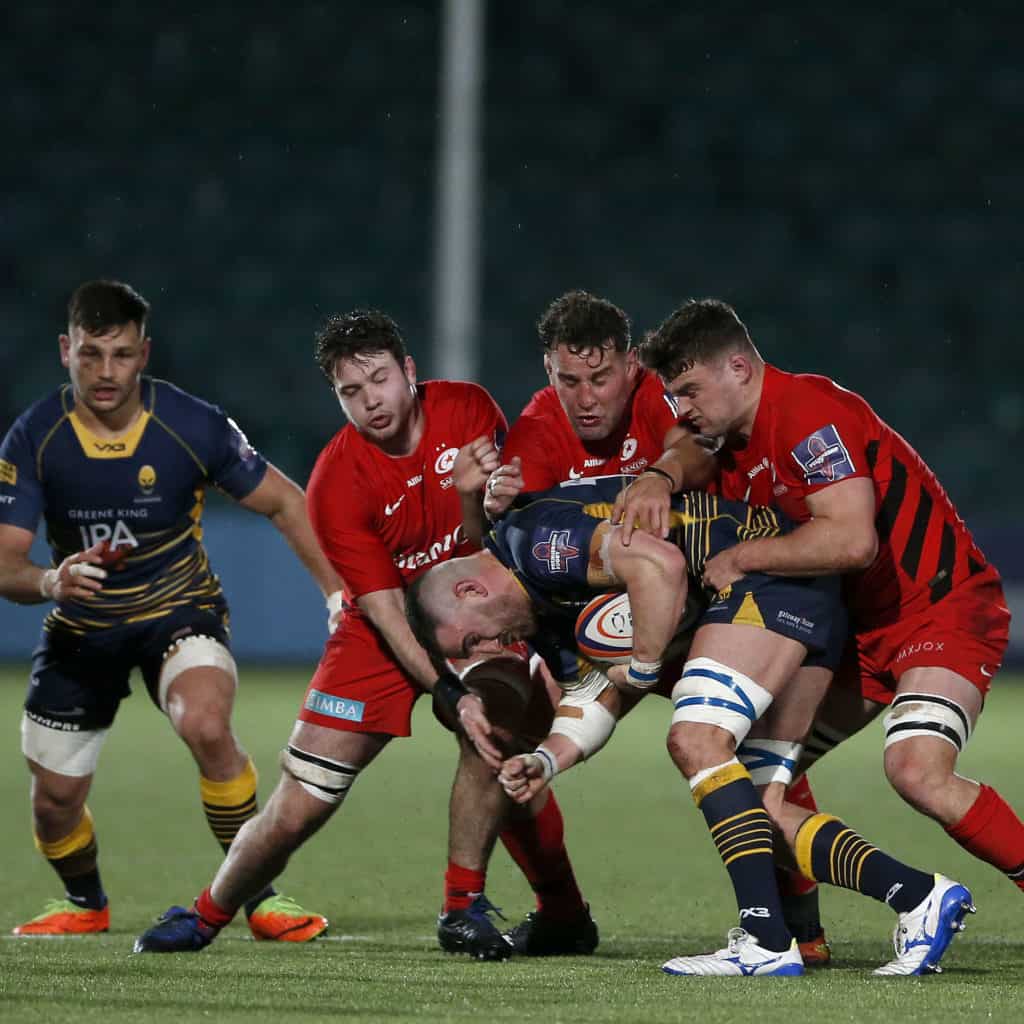