Saracens Women made it eleven wins from eleven in the Tyrrells Premier 15s as they came away with a 48 – 26 win over Worcester Warriors Women at Sixways Stadium (Saturday 18 January).

Poppy Cleall scored a brace of tries as the visitors secured a try bonus point before half-time, Hannah Botterman, Mackenzie Carson and Rachel Laqeretabua also going over in the first 40.

Two conversion from Lisa Martin gave Saracens a 29 – 12 lead with Worcester’s points coming through tries from Vicky Laflin and Laura Keates, and a conversion by Sarah Nicholas.

The home secured a try bonus point through Sioned Harries and penalty try with Nicholas adding a conversion to the former.

Injuries meant that Saracens finished the game down to 14 but they never looked like letting the home team back into the game.

Worcester made the better start to the game at Sixways as winger Laflin raced in off a first phase move after the home team found space in midfield.

This brought a response from Saracens and with their first chance of the game they crossed for a try. The forward pack showed how effective the driving maul could be as they got within inches of the line.

A few more phases of close carrying ended with Mackenzie Carson crashing over.

This setup a 20 minute period of impressive attacking play from the visitors as four more tries followed.

Next on the scoresheet was Poppy Cleall as the number eight charged down an attempted clearance and regathered ahead the covering defence.

Saracens’ third on 20 minutes was a superb counter-attacking effort from the visitors as Laqeretabua, who carried strongly throughout the match, burst into the Worcester half.

The ball was shifted left for Lotte Clapp and the winger was dragged down just short of the line. Off the very next phase Botterman proved too strong for the fringe defence and barreled her way over.

The bonus point try followed five minutes later. Zoe Harrison stepped through a gap in the Worcester defence before offloading to Martin, who found Cleall on her shoulder and the England international went over next to the posts.

Laqeretabua made it a one-two punch as she finished a multi-phase attack from Saracens. Nice offloading from the forwards took the visitors up to Worcester’s 22 before the right winger was given a chance to finish in the corner and she showed good pace and strength to hold off the covering defence.

The home team finished the first 40 the stronger though as they took advantage of Saracens indiscipline. Worcester got within five after a strong driving maul and Laura Keates applied the finishing touches a few phases later.

Saracens started the second half strongly as Cara Wardle cut a strong line in midfield before drawing the last defender to put Carson away for her second.

The next few minutes would prove costly for the visitors though as both Mackenzie Carson and Rosie Galligan went off within minutes of each other.

The latter was helped off the field on a stretcher after lengthy delay.

However, Saracens responded well though and got their seventh as Marlie Packer, Clapp and Botterman combined to give Hayward a run to the corner and the scrum-half finished well.

Worcester were next to score as they ran back a Saracens clearance kick and Hayward knocked on as she attempted to intercept. The ref gave a penalty try as Worcester had flooded through in support and the scrum-half was also given ten minutes in the bin.

Saracens responded to that setback well though, and despite subsequently going down to 13 due to further injuries, they were able to control the game for the next ten minutes and added an eighth try to their tally.

Botterman, who had moved to the backrow at this point, picked from the base of a scrum and dove over the line to put Saracens within touching distance of the half-century.

There was still time for Worcester to get their bonus point try as Harries finished well after the home team got a nudge at the scrum. 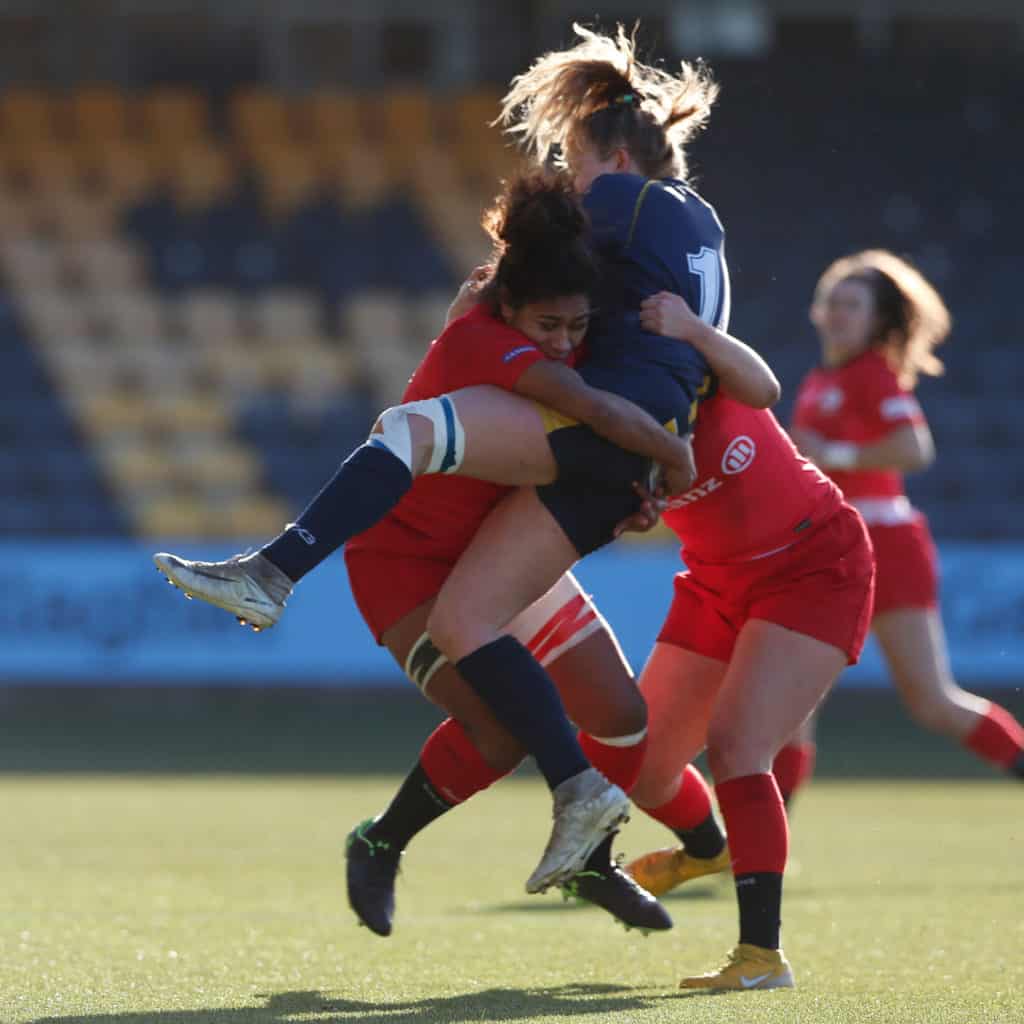 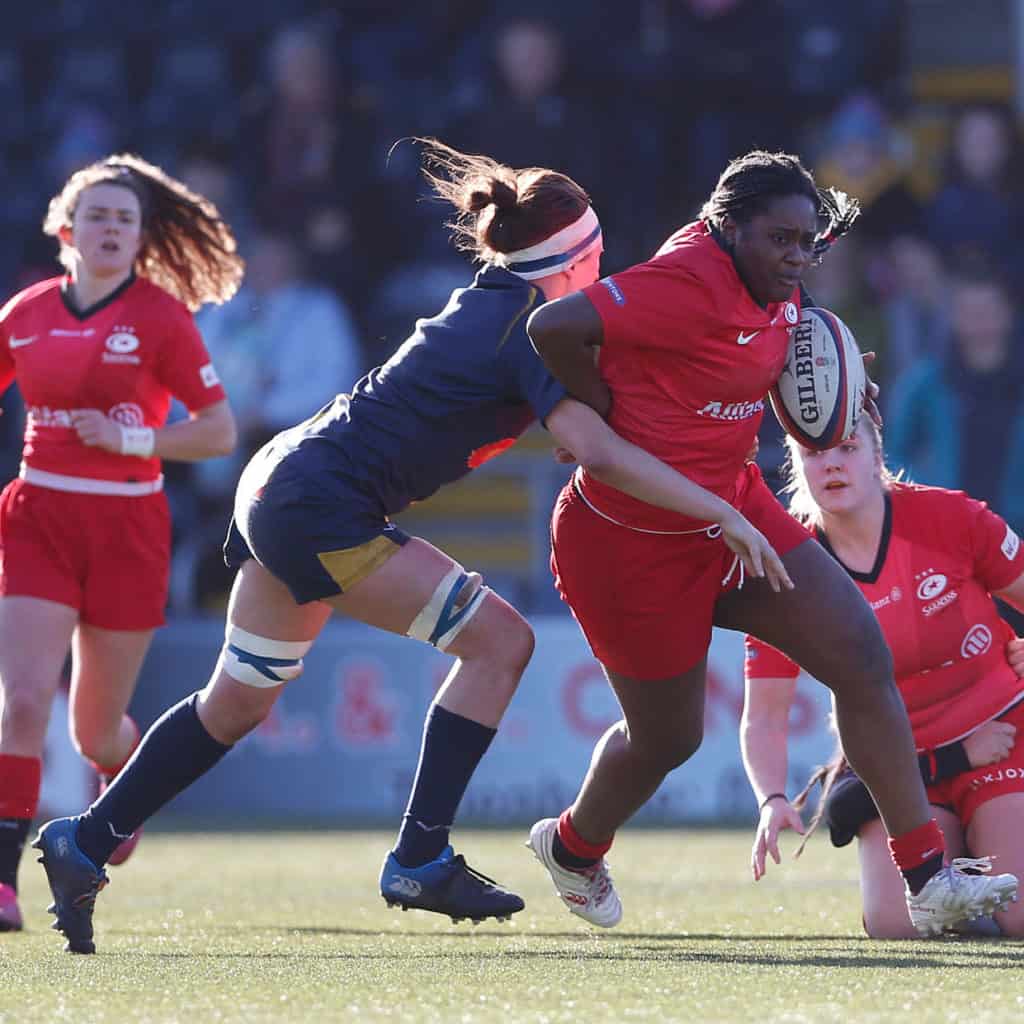 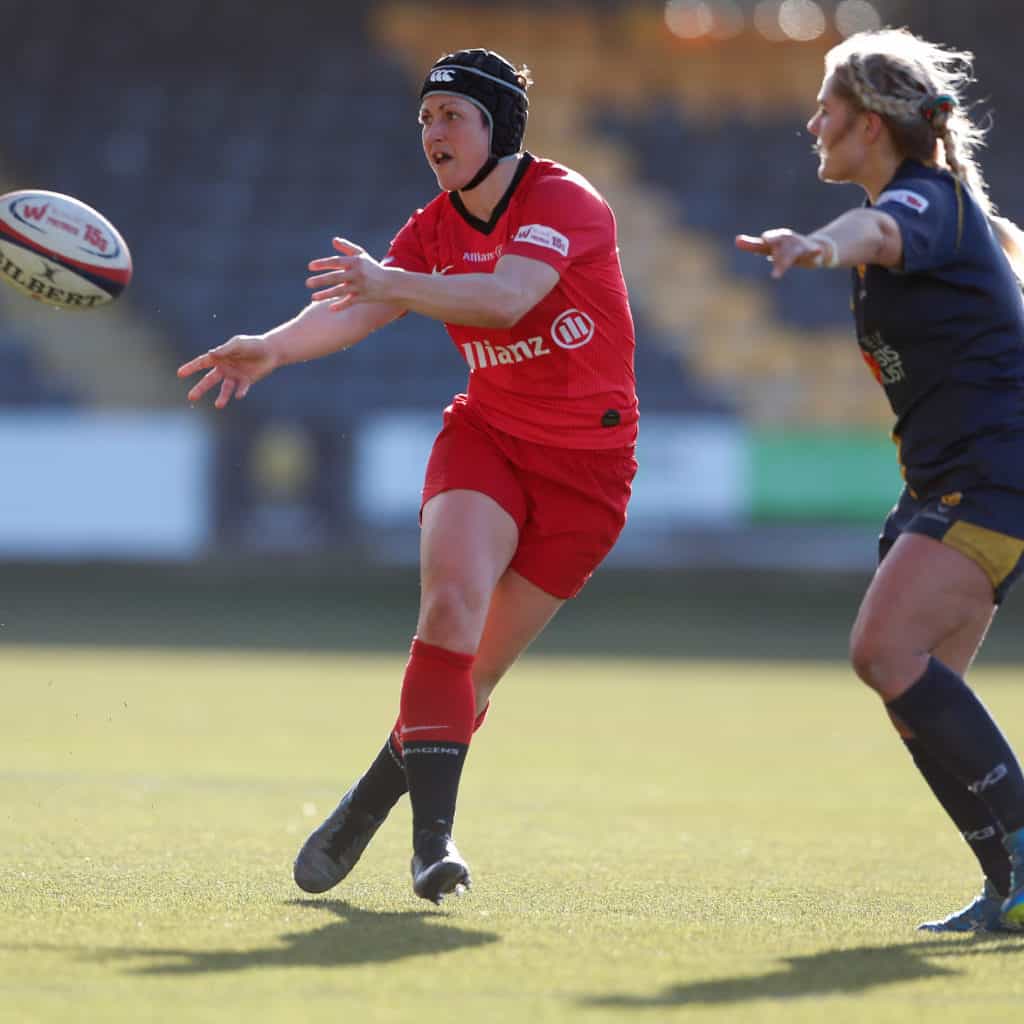 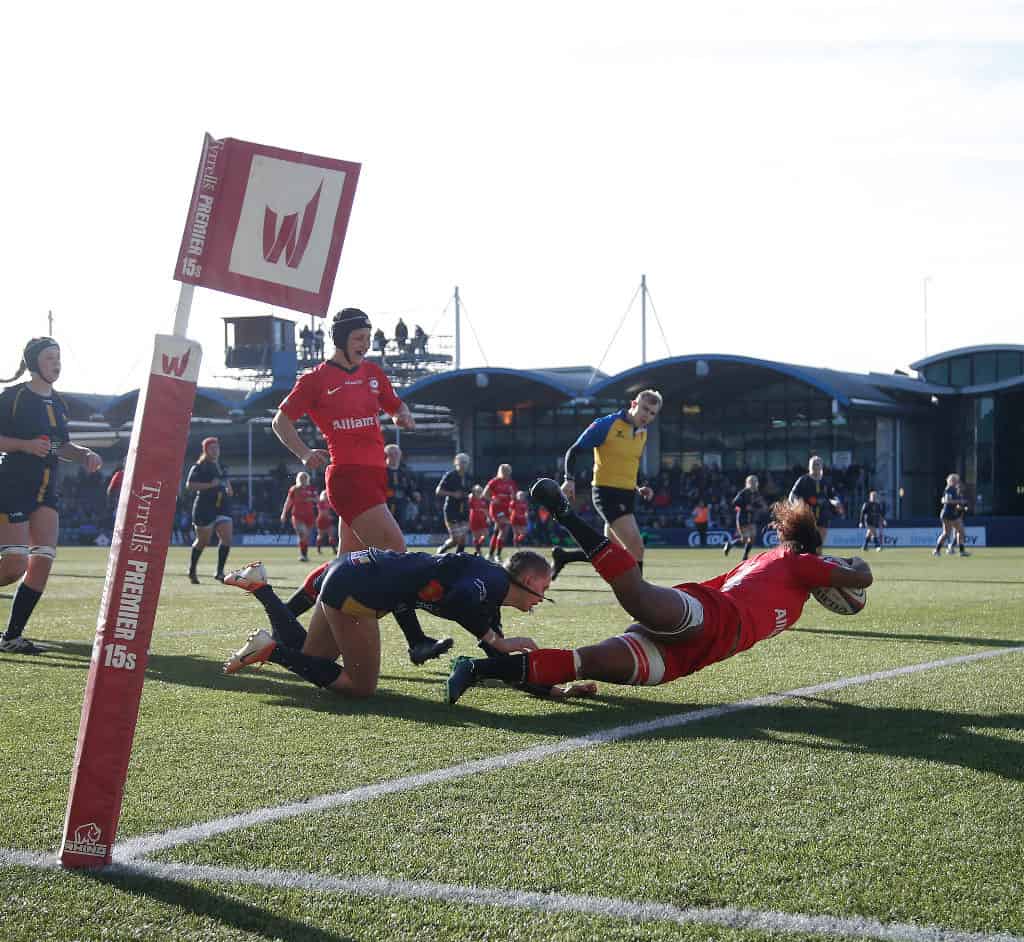 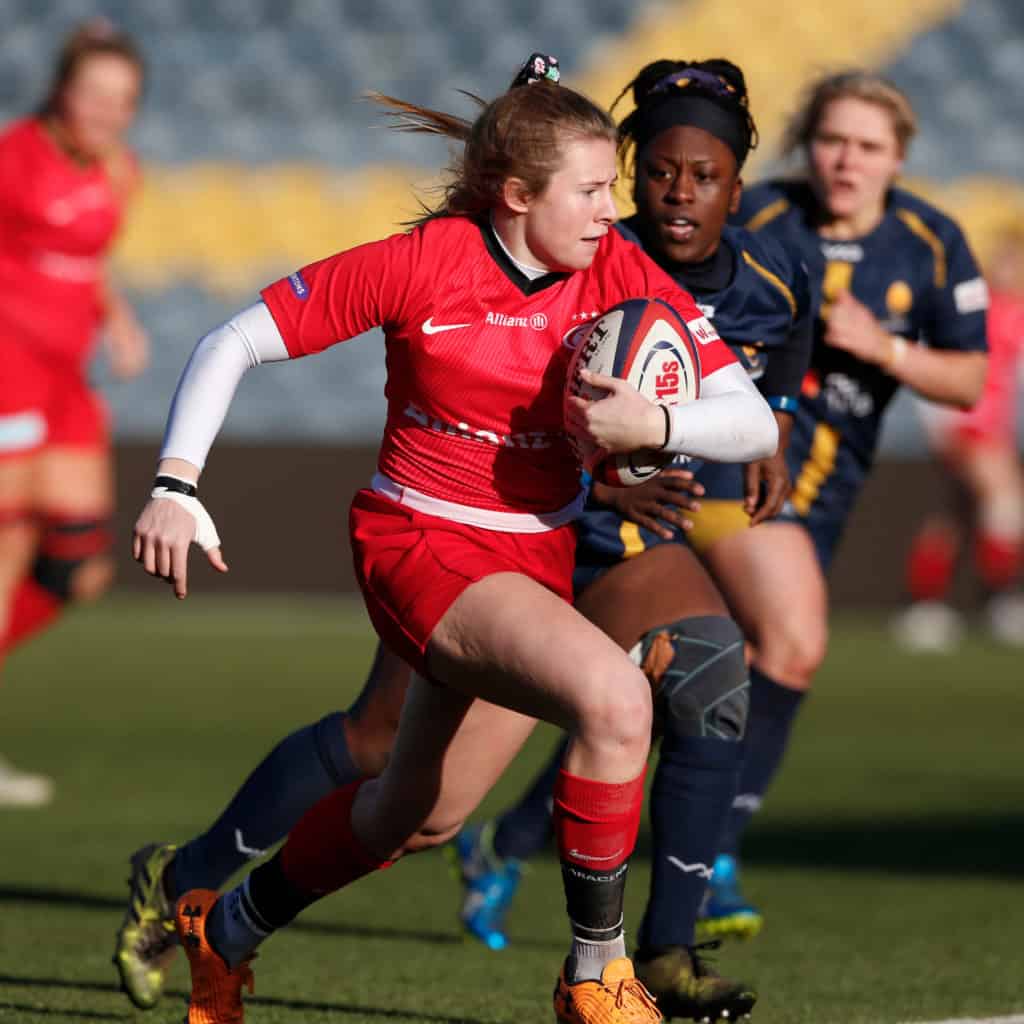 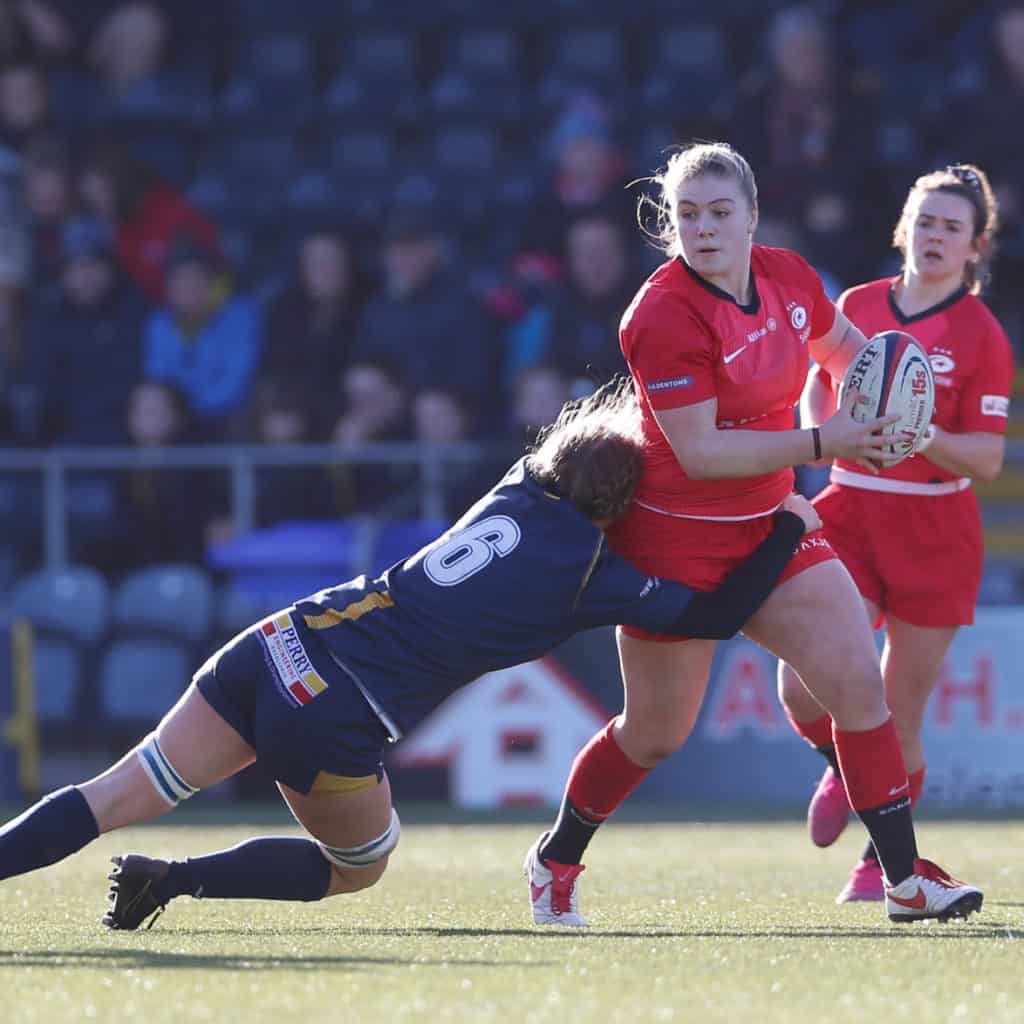 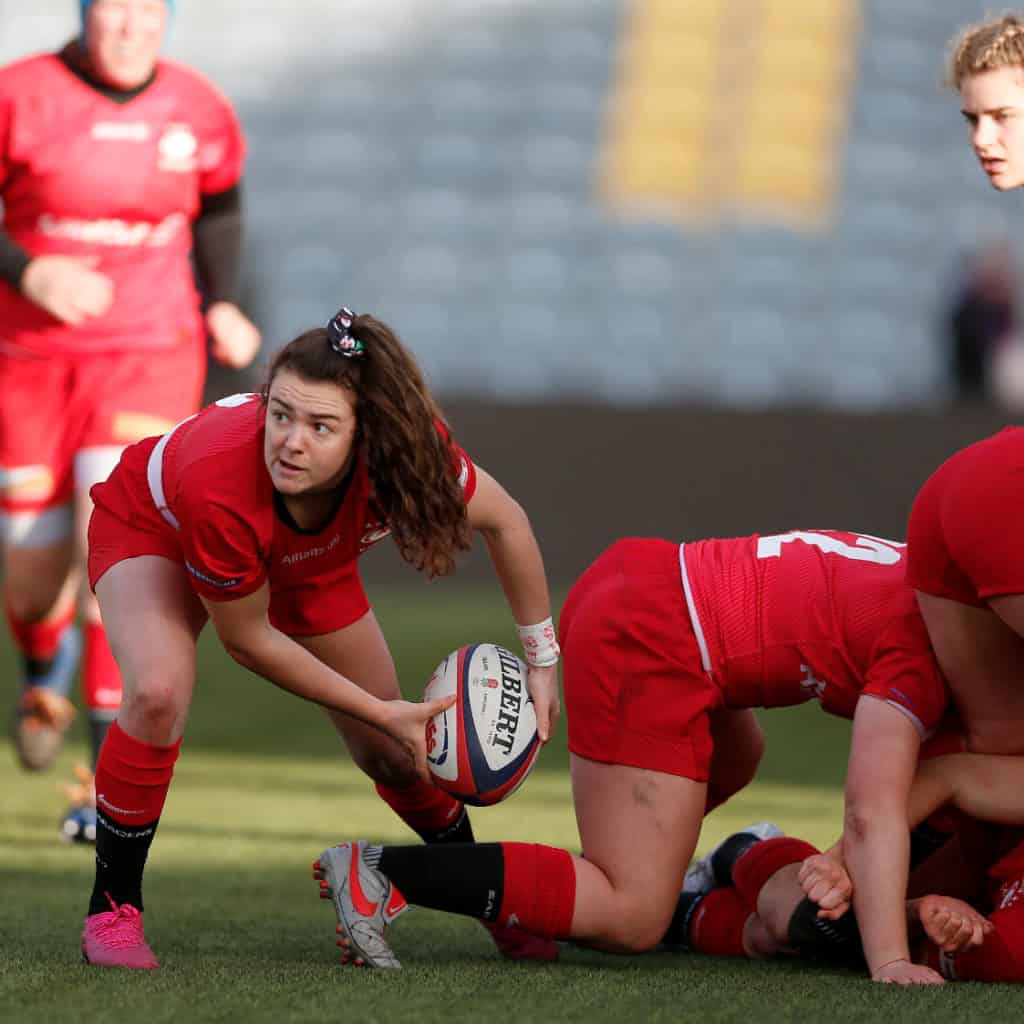 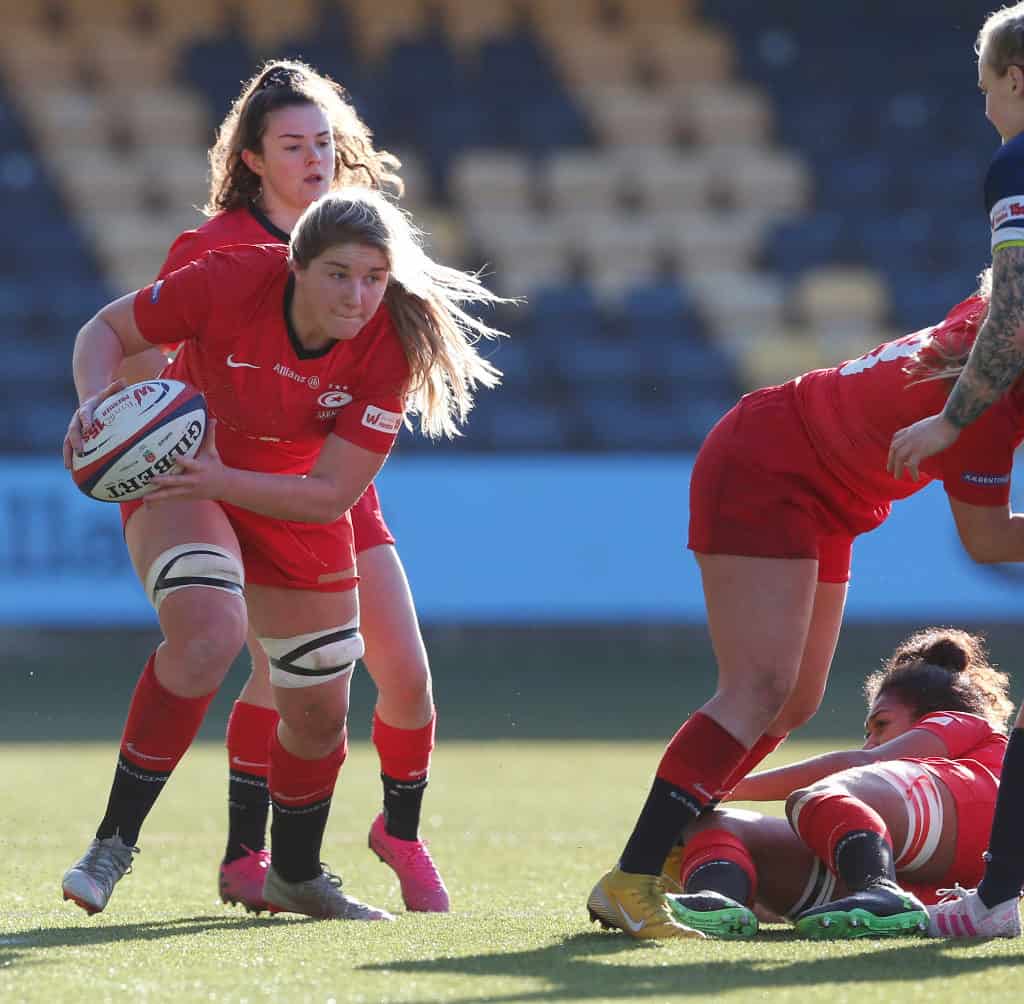 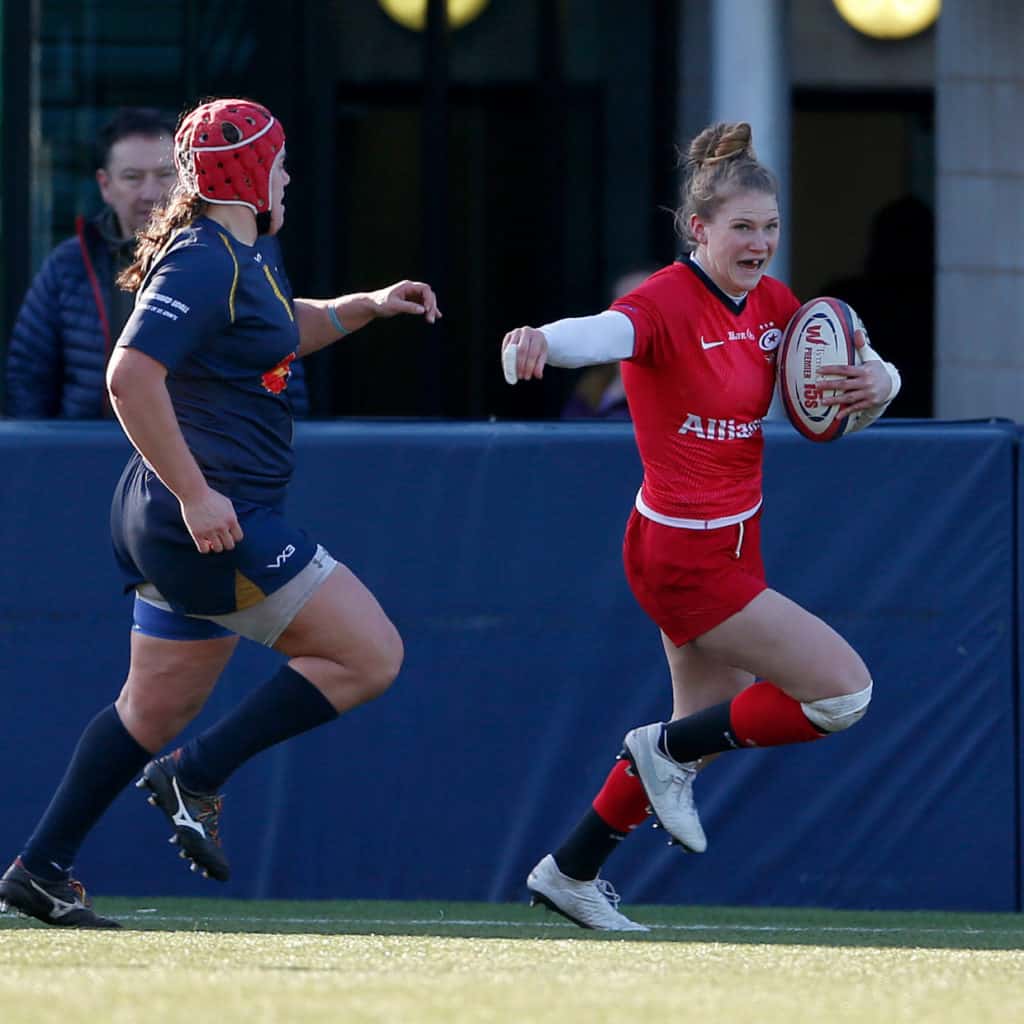 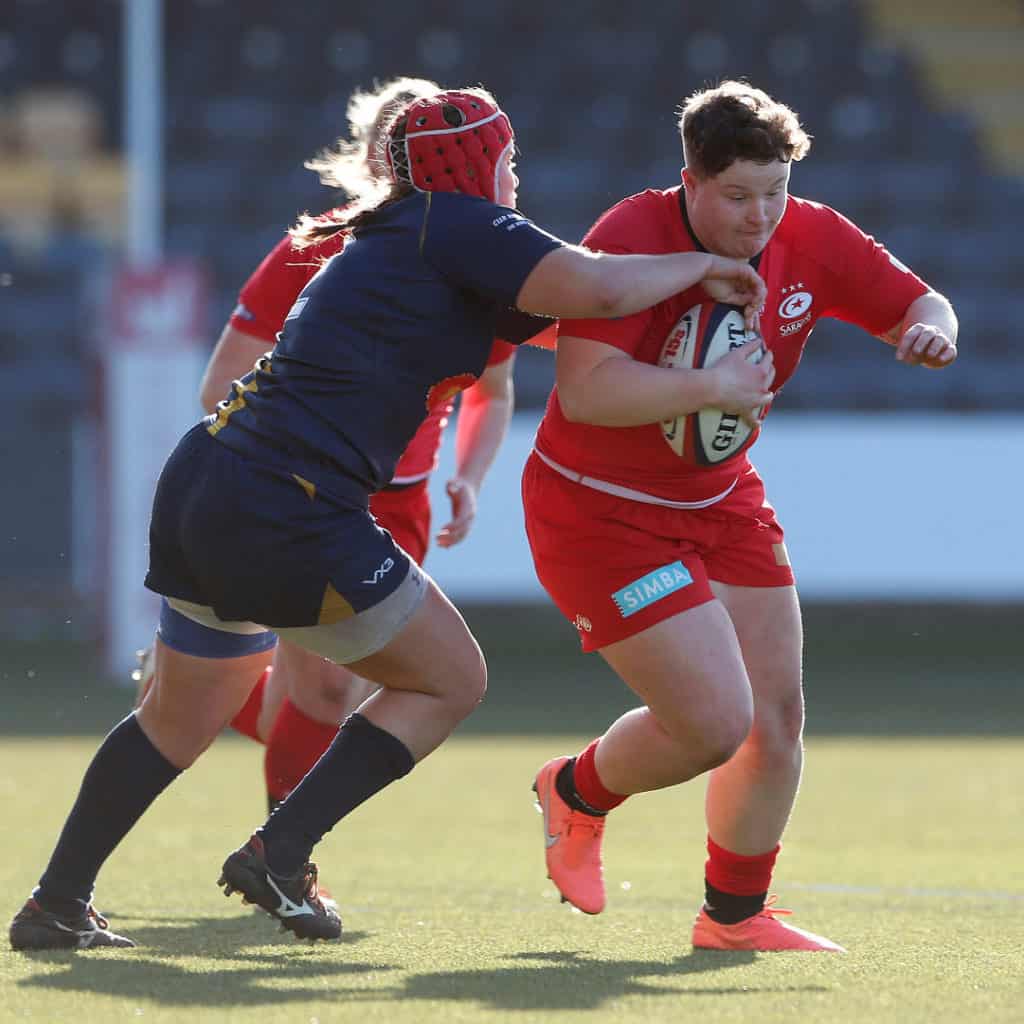