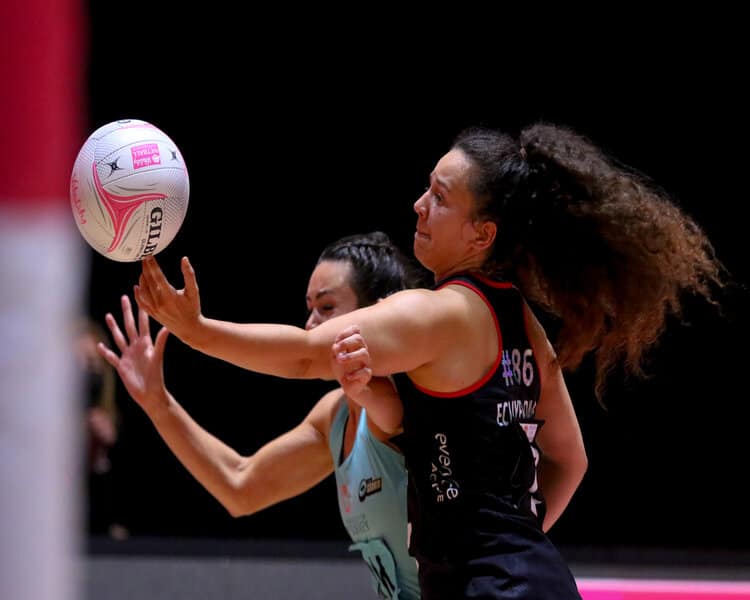 Mavericks finish the season on a high

A final match for Saracens Mavericks, after a rollercoaster of a season, saw them take on Surrey Storm in an exciting game. Both sides looking to get one more win this season which could really affect the leader board. Although Mavericks are out of the running for the playoffs, they were still aiming to finish the season on a high.

The first quarter saw Surrey Storm come out the blocks firing, as they looked to take the win against Saracens Mavericks. Mavericks struggled to find their rhythm throughout the first quarter, and it ended with Storm leading by 6 goals.

Mavericks came back stronger in the second quarter, desperate to claw back the deficit. Storm took every opportunity to go for goal, but Mavericks closed the gap to just 3 goals. The half time score was 19-22.

They call the third quarter the championship quarter for a reason. Mavericks came out the blocks flying, turning over ball and converting to goal. They finally found their rhythm in this quarter and turned a three-goal deficit into a three-goal lead by the end of the quarter.

With the match still within reach, Storm fought back in the final quarter. However, Mavericks kept their momentum and really began to play with confidence. This made all the difference, and they soon began to garner an even bigger lead. The match ended with Mavericks taking the win 48-35.

Emotional scenes followed, as Jo Trip took her final run out before her retirement. Both teams cheered her on as she finished her career on a high. She was joined by ex-Maverick Karyn Bailey, who retires from elite netball tomorrow after Surrey Storm’s final match. A brilliant ending to two phenomenal players’ careers.

A massive congratulations to Beth Ecuyer-Dale on winning Lucozade Sport Player of the Match. After missing the last match due to injury, she came back with a vengeance playing an incredible match at Centre.