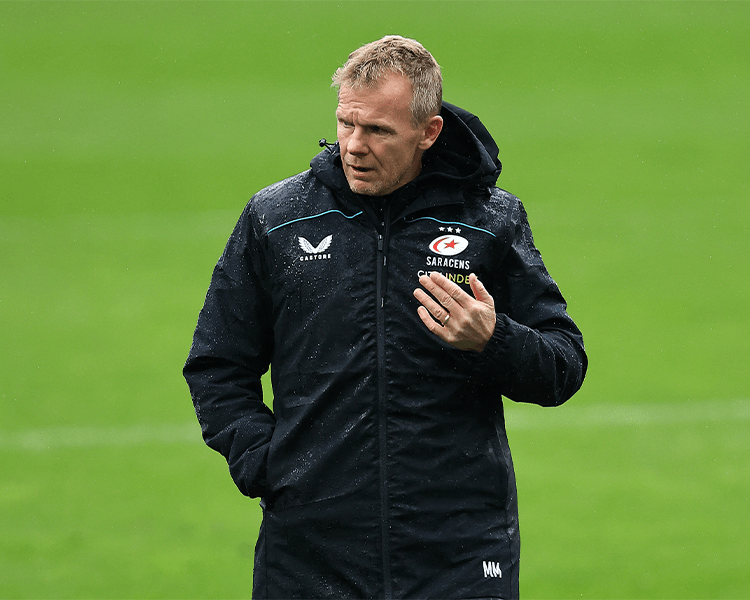 McCall insists Leicester defeat will be a lesson for his side

Director of Rugby Mark McCall says his players will use the defeat to Leicester as a lesson after the last gasp disappointment at Welford Road.

The Men in Black had a six point lead heading in to the final play before the Tigers scored a penalty try to snatch victory, a moment which left the visitors feeling frustrated.

“In the first half I thought we played well and had real control in the game which probably wasn’t reflected on the scoreboard. I enjoyed the first half performance but the second half was a different matter.” Said McCall.

The conditions meant it was never going to be the most absorbing spectacle, and he is realistic about the display which leaves his side in mid-table after three rounds of Premiership action.

“Had we won the game we would have felt the same, that’s not the kind of performance that is going to take us very far in the Premiership so we need to act as a team.”

He continued: “It’s disappointing of course but it’s a big, and early, lesson so fair play to Leicester for getting the win.”

The opening 40 minutes will have given the travelling supporters plenty to be satisfied with, despite a second half showing which ultimately ended in disappointment.

“We made individual mistakes and gave away too many penalties which cost the team in the second half, and we showed in the first half when we didn’t do those things how dominant we can be.”