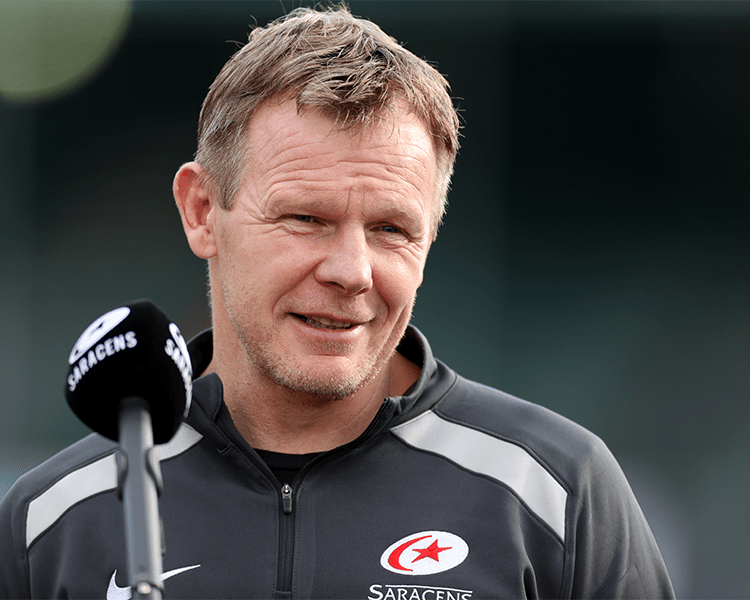 McCall looks back at ‘magic’ evening with supporters at StoneX

Director of Rugby Mark McCall described the return of supporters to StoneX Stadium as ‘magic’ after the win over Ampthill on Monday night.

With 2,000 back in the stands to see the 11-try victory, the atmosphere was electric as the Men in Black put on a relentless display in challenging conditions.

“The players absolutely loved having supporters back. When the teams ran out it felt really different and you could tell during the warm up that everyone was buzzing.

“Rugby requires fans to get that emotion so it’s been difficult but it was magic and hopefully that’s the start of a return to it.”

With another huge match against Coventry on Saturday evening, the games are coming thick and fast for McCall’s men who have now entered the top-two in the Championship table.

“With a five day turn around we had the luxury of taking some players off early but overall it was a good effort. I thought we scored some nice tries and attacked well but the discipline was ordinary at times and we gave away too many penalties.

“We’ve got our fate in our hands now and have some massive games coming up, starting with Coventry who are a good side.”

The biggest cheer of the night was left for Alex Goode who made his return from Japan and played a key role in the second half.

“It’s great to have him back. He looked like he’d never been away and we’re looking forward to seeing more from him between now and the end of the season.”

Saturday’s match against Coventry is being streamed live, click the button below for more information.