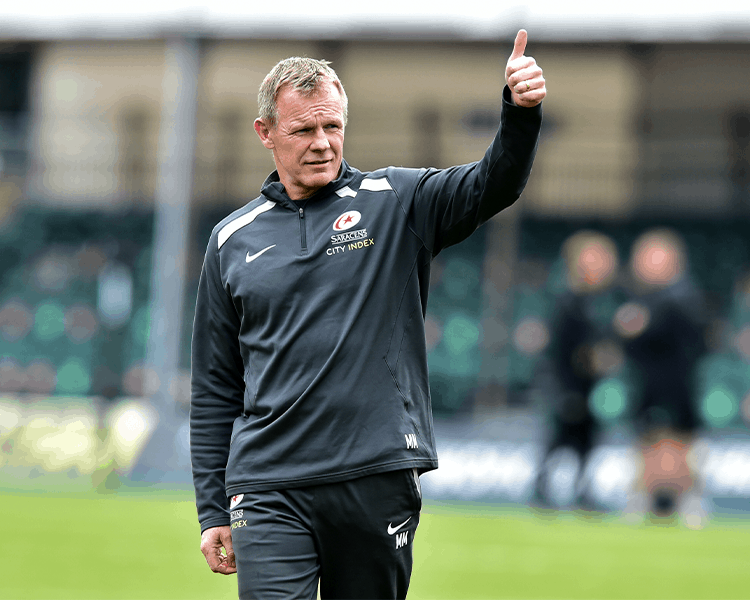 McCall relieved to confirm promotion back to top flight

Director of Rugby Mark McCall admitted that it is a relief to have secured the path back to the Gallagher Premiership.

His side confirmed their place back in the top flight on Sunday with a 117-15 aggregate victory over Ealing Trailfinders in the Play-Off Final, which triggered celebrations for players and supporters at StoneX Stadium.

“It feels really good. It has been a long 18-20 months and we’ve looked forward to this day. Now that it’s happened it’s great and we can be excited by the future.” Said McCall.

The DOR acknowledged that the significance of the return to the Premiership is not lost on anyone at the club.

“We were in crisis mode around November 2019 and anything could have happened, but the players have relished the challenge of getting the club back up.

“I’ve been especially thrilled with the way the international guys have performed and shown real commitment and desire to carry on.”

Straight away he was asked about the aims for next season, and focused on the players that he will have at his disposal when the campaign gets underway in September.

“Time will tell but we’re happy with the squad we’ve got for next season. The senior internationals stayed, the loan players had a really successful time away and are coming back better players than they were.

“We’ve also had some young players who have had more time than they would have had which is great. We know that our Lions players aren’t going to be available for a good chunk at the start, but the proof will always be in the pudding.”