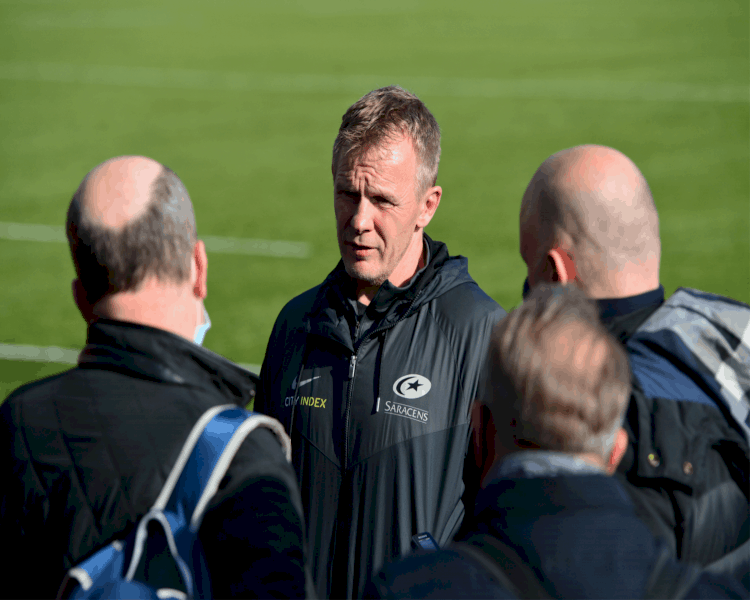 Mark McCall still believes there is another level that his players can reach, despite the dominant victory over Ealing Trailfinders.

Saracens registered a well-deserved 48-20 win against the West Londoners which has put them back in the frame for the end of season play-offs, and gives the Director of Rugby huge satisfaction.

“That was a good performance but there is still lots we can do better. We were a bit inaccurate at times so that gives us plenty to work on which can only be a good thing.” Said McCall.

When asked about the leadership group and their influence on this squad, he once again sung their praises following Sunday’s victory.

“The most impressive thing is that if something hasn’t worked, we haven’t been dragged down as a group, we’ve forgotten about it and just got on with the performance. That is led by the players who have been absolutely brilliant.”

With attention now turning to Saturday’s trip to Lady Bay, McCall sees it as another huge chance to improve with this block of matches drawing to a close.

“We’ve put it back in our own hands with four games left. Nottingham is a very important game for us to finish this block so we’ve got to make sure we get our attitude right.

“We’ve got a lot of hungry players so we’ll assess the situation week on week and address this game cautiously.”

Saturday’s match is being streamed live, with details on how to order to be confirmed in the coming days.