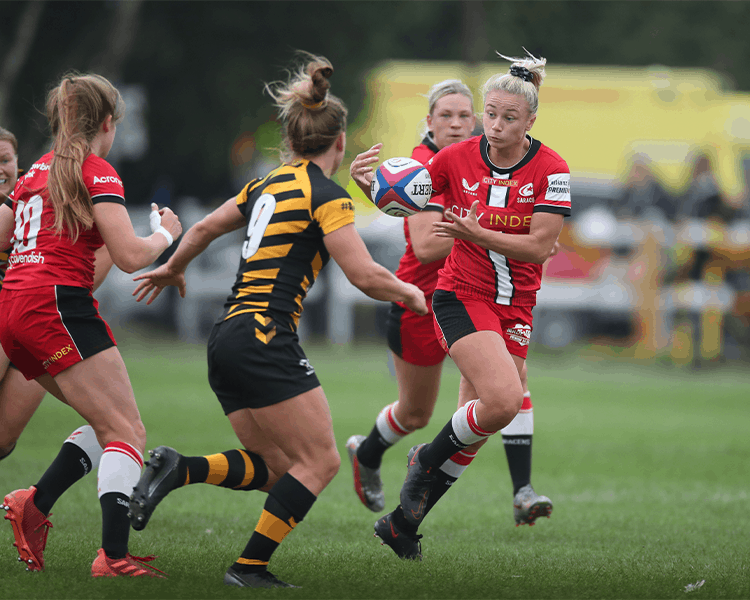 Two Saracens have been called up to the GB Sevens squad for the forthcoming 2021 HSBC Canada Sevens in Vancouver (18-19 September) and Edmonton (25-26 September).

Chantelle Miell and Emma Uren will travel with GB to take on hosts Canada, USA and Mexico in both cities.

The women’s fast four competition format, which was previously employed at the men’s Series event in Hamilton in 2019, will see all teams play each other before the top two play for gold and the other two teams compete for third place.

The group have been training at Loughborough University and travel today.

Six members of the squad represented Team GB at this summer’s Olympic Games as Abbie Brown and Megan Jones once again co-captain the group.

Head Coach Scott Forrest said: “We’ve got a core group of players who were involved and played in Tokyo which is excellent. It gives the programme and gives the team some consistency, which I think is really important. This is the next step on our journey.

“In terms of ‘Mission Possible’, one of the messages we always spoke about was that this journey was bigger than a medal. I would hope that the way the team performed in Tokyo would have had an impact back home in terms of the exposure of sevens, and also inspired more girls to start playing the game.

“The next few months for us are the next chapter in our journey, the next opportunity to go and play sevens. Having the core group of players is great but if you look at the rest of the squad, there is a really nice mix. You’ve got players coming back in. Amy Wilson-Hardy, who was really disappointed to miss out on selection for Tokyo adds her wealth of experience and competitiveness to the group. Jodie Ounsley and Chantelle Miell have also had World Series experience with England, and both of them are really looking forward to being back involved.

“We’ve also got fresh faces coming in with Shona Campbell, Alicia Maude, Grace Crompton and Heather Cowell. That’s the exciting part for me as this is their first opportunity at this level and you can tell speaking to them just how excited they are to be involved. Having those fresh faces in will bring loads of energy and we’re looking forward to the next two weeks in Canada.

“Finally, I’d like to thank the National Lottery for their continued support and opportunity for the GB7s programme during this period”