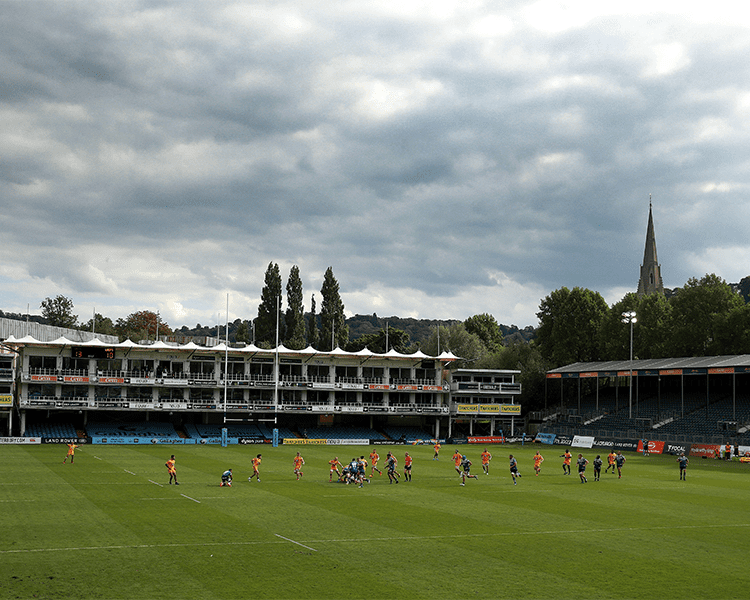 NEXT UP | Key run of fixtures for Saracens Men

Mark McCall’s men began the 2021/22 campaign with back-to-back away trips to Bristol Bears and Leicester Tigers – matches which came either side of the team’s scheduled bye week.

The men in black claimed an outstanding win at Ashton Gate in round one before suffering a narrow loss to Leicester. Now the focus is on using home advantage to its maximum in the coming weeks.

Saracens visit Bath for their next game following the Newcastle clash but after that, three of their next four league ties are at home. McCall will want his team to make the most of that sequence.

But after that, the start of November sees London Irish arrive at StoneX for the last Gallagher Premiership tie before Premiership Rugby Cup action begins at home to Harlequins.

Director of Rugby McCall has revealed the next run of matches will see all but one of his side’s British & Irish Lions return to domestic action.

“Elliot Daly is out for 12 weeks due to injury. Mako has been really enthusiastic and he has trained very hard over the last six to seven weeks. As everyone knows Mako likes playing more than he does training.”

Saracens club captain Owen Farrell and his fellow Lion Jamie George returned to action for the first time since the summer tour of South Africa against Leicester at Welford Road.

And McCall’s hugely experienced international contingent are all set to play a key role in the coming weeks before Test rugby returns this autumn.

“Billy Vunipola was one of the players left out by England and he was exceptional at Leicester. He’s had two really strong matches for us,” McCall added.

“They’re all very motivated and really want to get back into the England squad. They’re great competitors and I’m sure Mako, Billy and Jamie will put their best feet forward.

“It’s their attitude, hunger and desire to do more than is necessary that stands out. If Mako wanted to he could get picked for us and go through the motions a bit, but that’s not what he’s doing.

“He’s on the coaches and strength and conditioning department’s backs to see where he can make improvements physically and rugby-wise. That’s the case with all of these players.

“They’re only 29 or 30-years-old so I think it would be foolish to write them off at this point.

“It’s obvious what experienced players bring and how they can help younger players in different situations and in matches.

“Jamie, Mako and Billy are all superb leaders in their own right, but one of their big roles here is to mentor the next generation. They’re all super keen to do that and they all have guys in their position they mentor. They do a very good job passing on what they’ve learnt to those players.”