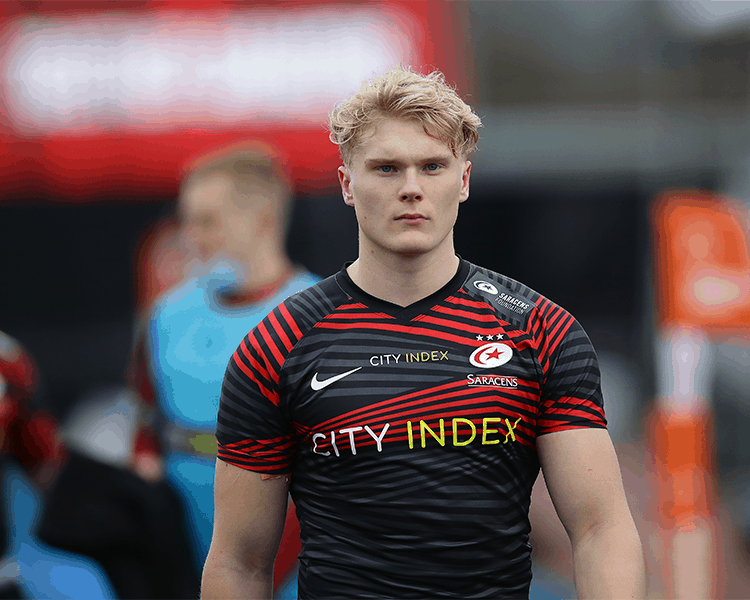 Saracens is excited to announce that Olympian Ben Harris has signed a new long-term contract with the club.

The 21-year-old flying winger has been on duty for Great Britain in Tokyo, scoring four tries en route to a fourth-placed finish in the Rugby Sevens.

Harris, who originally came through the London Irish Academy is a Sevens specialist, making his World Series debut in 2019 and then being awarded the England Mens Sevens Player of the Year title for his performances in 2020.

He made his Saracens debut in the Gallagher Premiership against Gloucester in August 2020 and marked the occasion with a try in front of the home supporters. He has since gone on to make four appearances for the Men in Black, also featuring in the Trailfinders Challenge Cup before the Championship campaign.

The winger is delighted to have committed his future to Saracens.

“I’m grateful to Saracens for the continued support over the last year since I’ve joined. This place really does feel like home and I wouldn’t have made the memories I have done so far anywhere else.

“The care they’ve shown and the wisdom they’ve shared with me is invaluable. I’m beyond excited for the next few years at StoneX Stadium!”

Director of Rugby Mark McCall is excited to see how Harris develops at StoneX Stadium.

“Ben is a player with exciting potential and a great attitude. It was fantastic to see him performing so well at the Olympics and we are looking forward to supporting him and helping him realise that potential in the years ahead.”

Watch Ben in 21/22 by purchasing a Seasonal Membership!