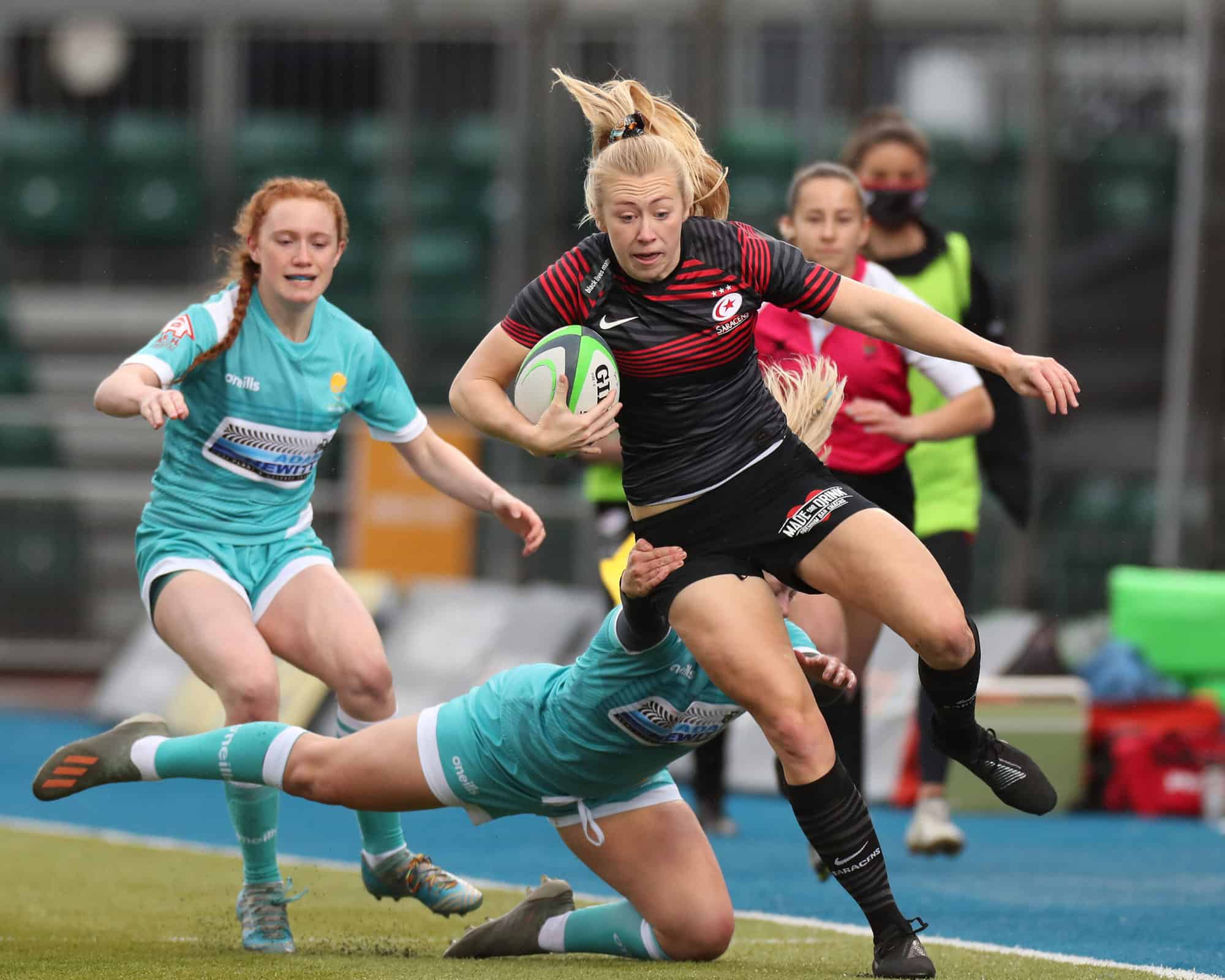 The game was the Women in Black’s Allianz Premier 15s opener and was available to watch on the Saracens website and YouTube channel.

Fans were treated to plenty of tries – six from Sarries and four from Worcester – with the hosts getting their campaign off to flyer, winning 34-25.

Head coach Alex Austerberry was delighted to have some live rugby to talk about rather than the ifs, buts and maybes.

“I’m just happy to be back talking about rugby rather than the absence of it!” he said.

“There’s been a lot of hard work behind the scenes, a lot of conversations and a lot of admin! I love rugby admin but watching and coaching rugby more so to be back on the field for a competitive fixture is absolutely outstanding.

“The game lived up to it. I don’t think anyone who watched online would have been disappointed. If you were watching as a neutral, then it was certainly exciting and as a coach I’m delighted we got the result.”