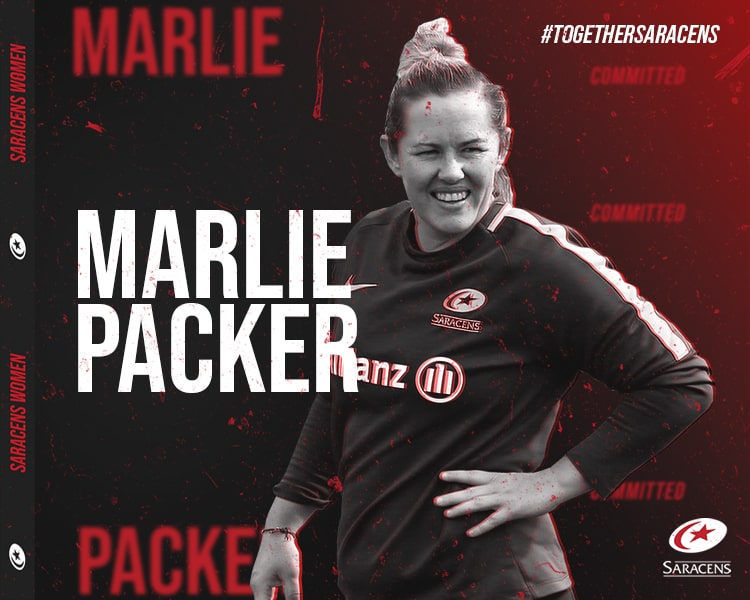 Saracens Women is delighted to announce England international Marlie Packer has committed herself to the club.

The 31-year-old joined in 2017 from Bristol Bears, making an immediate impact with six tries on her debut against Worcester Warriors.

Her try-scoring exploits continued throughout the campaign as she ended 2017/18 as the inaugural Premier 15s top try scorer as Sarries defeated Harlequins in the final to win the title.

Packer has been at Saracens since 2017 and scored a double hat-trick on her debut.

A World Cup winner with England in 2014, the flanker also featured in the final in 2017 as well as running out in the 2013 Sevens World Cup in Moscow.

Prior to arriving in north London, she spent 13 years at her childhood club Ivel Barbarians before spells with Bath and Bristol.

Packer was instrumental in Sarries retaining their domestic title in 2018/19 and was in fine fettle last term before the season was curtailed.

“It’s been an Incredible three years and I’m really looking forward to this upcoming season and what it holds.”

Head coach Alex Austerberry said: “Marlie is a fantastic competitor and time and again that comes to the fore and particularly in the big games.

“A World Cup winner with great experience, her influence on our group is significant. Marlie was voted Coaches’ Player of the Year for the curtailed 2019/20 season and to have her in a Saracens shirt for another season shows her commitment to the club and her desire to continue driving her game forward.”