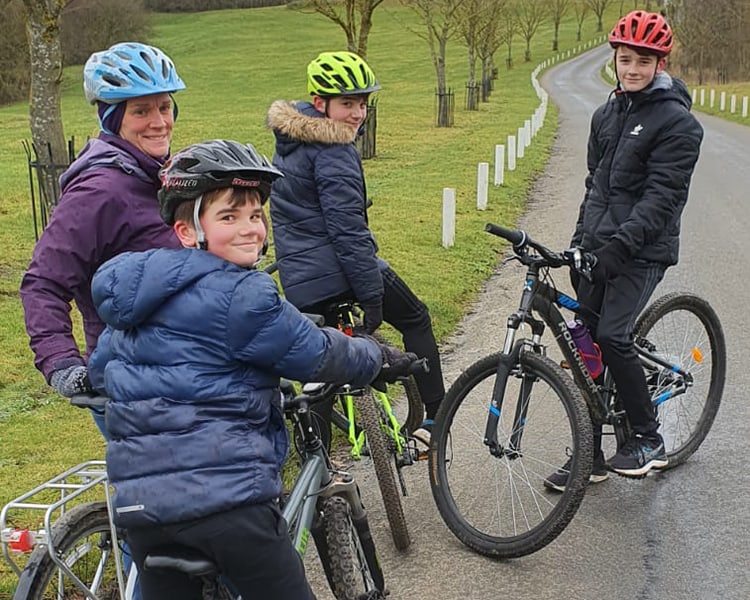 Usually, the kids at partner club Chelmsford RFC would have been in the middle of another fun packed season with Saracens.

Travelling over from Essex to support, taking part in the matchday festivals, the guards of honour, the half-time games and hosting training camps.  But this is not a normal year, so they have had to find some other way of showing their support for their Saracens team.

With a good few of the Saracens team flying off to join the British and Irish Lions in the summer, the minis at Chelmsford RFC, from the Under-6s right up to the Under-12s, decided to take on a challenge.  One that not only celebrates the upcoming tour, but also their own club’s centenary.

The kids at Chelmsford have already raised approximately £8,000!

Each of the teams has set itself the target of running, walking and cycling, 1920km around the UK & Ireland. In the process they are visiting all the international stadiums of nations involved in the Lions Tour. Although technically not an international stadium, the kids were adamant that the first stop on the tour had to be the StoneX Stadium!

When all the kids’ efforts are combined, they hope to have travelled the same distance as the Saracens’ Lions, all the way down to Johannesburg. The challenge started two weeks ago, and despite the foul weather, the kids and their families have already collectively travelled over 8,000km (and in terms of the journey, are about to cross the equator), in the process raising nearly £8,000 for their local food bank in Chelmsford.

However, this challenge is not just about supporting Saracens, the Lions or doing some good in the local community.  With so many of the kids wanting to play for Saracens when they get older, the challenge is really helping the kids to keep themselves fit and healthy for when rugby returns to Chelmsford.

The club is currently keeping a very close eye on the news after it was rumoured the Lions tour might be moved to Australia.  This would add another 14,000km to their challenge but is better the alternative of travelling all the way back to Chelmsford if the tour was cancelled!

The JustGiving page for the Challenge can be found here if you would like to support them!

Click here to help Chelmsford reach their target of £11,920!