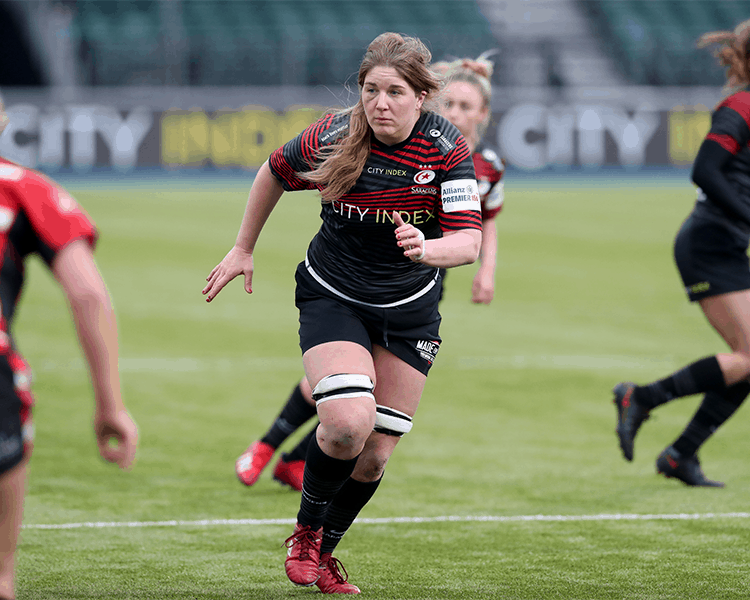 Saracens is excited to reveal that Poppy Cleall has signed a new contract to remain at the club.

The versatile forward, who can play across the second-row and back-row, has made her name as one of the best players in world rugby due to a string of impressive displays for both Saracens Women and England in recent years.

The 29-year-old was named the Six Nations Player of the Championship this year, and has 47 caps for her country as well as 105 for Saracens as she prepares to enter her ninth season with the club.

In what is her second spell in North London she has taken her game to a new level, and was named Player of the Match in the 2019 Premier 15s Final which saw Sarries lift the trophy for the second year in a row.

Cleall is pleased to have committed to the club, and has a clear focus for the season ahead.

“In such a big year for Women’s Rugby I’m excited to have re-signed for Saracens. Throughout my 8 years involved here they have always supported me, always looked after me, and I’m very happy to be staying!

“Hopefully I can repay this with my best rugby and I’m looking forward to the challenge of getting the Premier 15s title back.”

Head Coach Alex Austerberry is delighted to have Cleall remaining at StoneX Stadium.

“Over the last few seasons Poppy has continued to maximise her potential, and has established herself as one of the best players in the world.

Her performances set the bar week in week out, so we are very excited to see where she can take her game with us.”