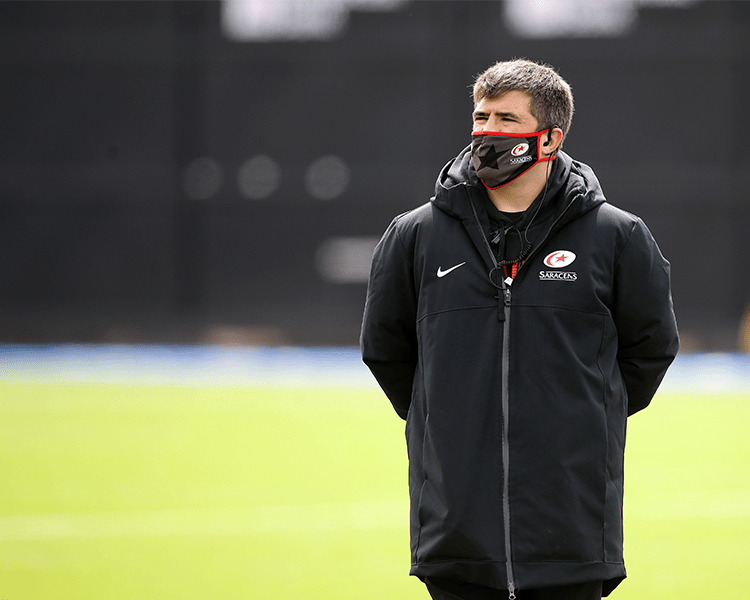 Alex Austerberry, Head Coach of Saracens Women faced the media on Wednesday ahead of the Allianz Premier 15s Final against Harlequins, and here are some of the key points to come from the press conference.

How’s the team looking after the win over Loughborough?

It was a very physical encounter and everyone put their bodies on the line as you saw when it went down to the wire, there are a few sore ones but we’re all good to go and in a good place!

The win last week and the style it came in, when preparing for a final, is that tough workout a good thing?

Absolutely, you want to be battle hardened and it definitely helped. The league has stopped and started quite a lot after the Six Nations so to have a full-blooded game that went down to the wire is great for us.

It’s the exact preparation needed and perfect scenario to get through a tight game. It has given us something to work on this week, and there’s no doubt that you learn more in a game like that than a big win.

Is this the strongest Saracens team that you’ve led?

It’s definitely been a much more competitive league, there are very few games that are convincing on the scoreboard. We’re a strong group as we have had to come through all the challenges that the pandemic has presented, but you can’t compare vintages and Saracens have had a lot of great teams in their history.

Talk us through what you have seen change and evolve in the Premier 15s this season?

The support of players has improved for sure and the resources behind it. The law variations have changed things of course with the ball in play for a very long time. Previously games could be won by individuals but now it’s much more of a team effort and there have been lots of upsets.

How much have you had to evolve what you do with the law variations that have been introduced?

Well we’ve lost the ability to drive between each 22 which is a great way of applying pressure and there are only around five scrums per game. That has meant that the backs have seen more of the ball which has been exciting to watch.

The skills really have to be top class now, a knock on used to be a scrum but now you lose 40 yards so you have to stay switched on. It’s been a unique challenge with all of the protocols but we’ve tried to balance everything and it will be worth it if we can get the win on Sunday.