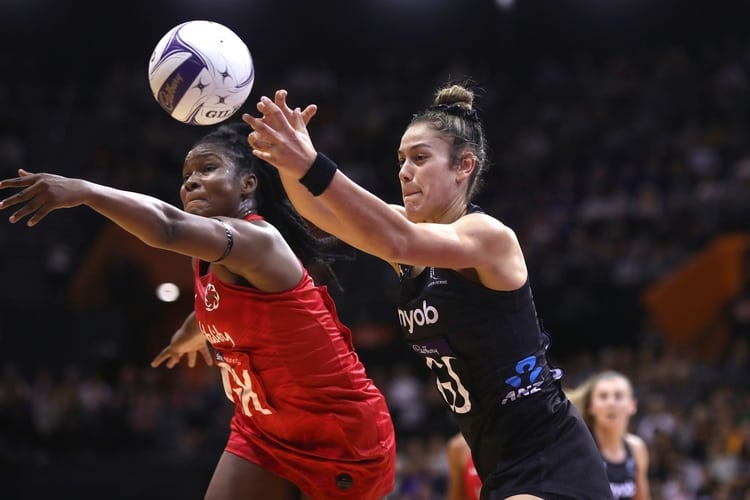 Saracens Mavericks’ very own Razia Quashie has been named as one of the 15 players selected by Jess Thirlby to take on Jamaica in the Vitality Legends Series.

Thirlby’s squad is an exciting mix of experience and youth, with Serena Guthrie and Natalie Haythornthwaite co-captaining the side.

Having impressed in New Zealand during the recent test series, Quashie will be back in action for the Vitality Roses. She earned praise for her performance and established herself as a world-class defender. Although she is young, she has continued to grow on the international stage and cement her spot in the Vitality Roses.

Of her selection, Quashie has said “With everything going on I am very grateful and honoured for the opportunity to play some netball. I am excited to step out on court and represent the Roses next month”

Jess Thirlby is looking forward to the series, having missed the previous one due to testing positive for COVID-19. She said “This series provides the opportunity to continue to test existing and new combinations as well as create connections between our rising stars and the more experienced players, some returning for the first time since the World Cup in Liverpool which I know we have been eagerly awaiting.”

“Getting to play New Zealand in November was a big opportunity for us and we’re grateful to get another chance to play a top-ranking team, this time on home soil. A Vitality Roses v Jamaica clash never fails to disappoint and has, in the past led to some of the most competitive matches in global netball. It is great to see the strength of the side that forms the touring group from Jamaica, which will demand from us the highest levels of performance needed to win on the international stage. It plays a significant part in our preparations for Birmingham and beyond and we can’t wait to get back on court and to look ahead to 2021 and beyond.”

The Vitality Netball Legends Series, which is scheduled for 22, 24, 26 and 28 January, will be played behind closed doors due to COVID-19 restrictions. It will broadcast live on Sky Sports Mix/ Arena and YouTube.