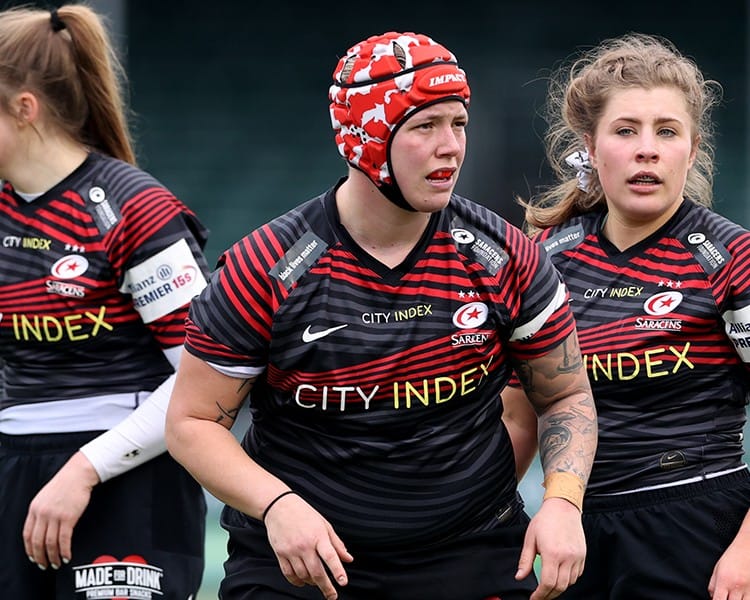 A try each for Poppy Cleall and May Campbell cancelled out 14 points from Katy Mew and Leanne Riley, whilst each side also kicked a penalty.

Sarries grasped a result from the jaws of defeat in the final stages of the game by winning a penalty in front of the posts which Harrison kicked expertly to keep Sarries in pole position to finish top of the Allianz Premier 15s.

“we showed some passion in the end there.”

“We knew that they’re second in the league and they showed it today, but we have some talent in the squad and we knew we were going to bring it right back at them,” she said.

“They came in and brought it to us but we showed some passion in the end there.

“Every time we play Quins it’s a really tough game and very fair and I think that’s what the crowds want to see, tough and fair games”.

The draw ended a great week for Rose who also received her first call up to the Wales squad ahead of the 2021 Six Nations.

She added; “It was amazing to get the call and training has been absolutely fantastic, the girls are great and I’m buzzing to be in the team.

“I was an 8 when I came here but going head to head with Rocky at training has really taught me a lot and has had a lot to do with this. I thank Saracens and all the coaches for getting me where I am today.”