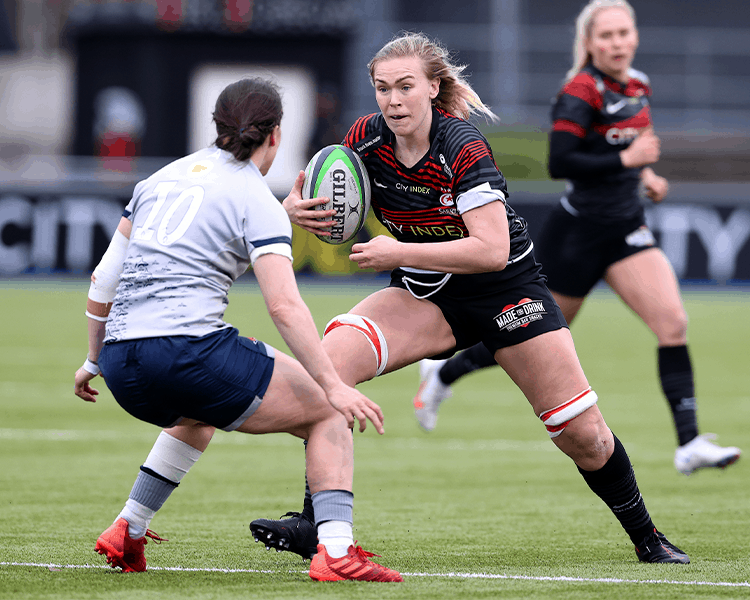 Following the climax of the Allianz Premier 15s season, Saracens can today confirm that Rosie Galligan will be leaving the club to join Harlequins Women.

The second-rower is now heading to the Twickenham Stoop for a new challenge in West London, and was thankful to everyone at Saracens.

“Saracens holds a special place in my heart. From a 17 year old ‘crash ball’ centre in my debut to a 23 year old lock with an international cap and two Premiership titles, I can’t thank Saracens enough for the opportunities they have given me.

“Thank you to everyone who has supported me along the way. My team mates for helping me create amazing memories, my coaches for guiding me into the person and player I am today, our loyal fans for the messages of support and the medical team, especially Gemma who was a rock to me through meningitis and breaking my ankle. I wish all at Saracens the best of luck for the future.”

Head Coach Alex Austerberry thanked Rosie for her contribution to the club.

“We thank Rosie for all of her efforts in a Saracens shirt. It’s been a great journey, from her debut to being part of the double winning league side and earning her first Red Roses cap.

“Rosie has worked hard to return from injury and this enabled to play her part in Saracens finishing top of the regular season table and falling just short in the final. We wish her well for the future!”