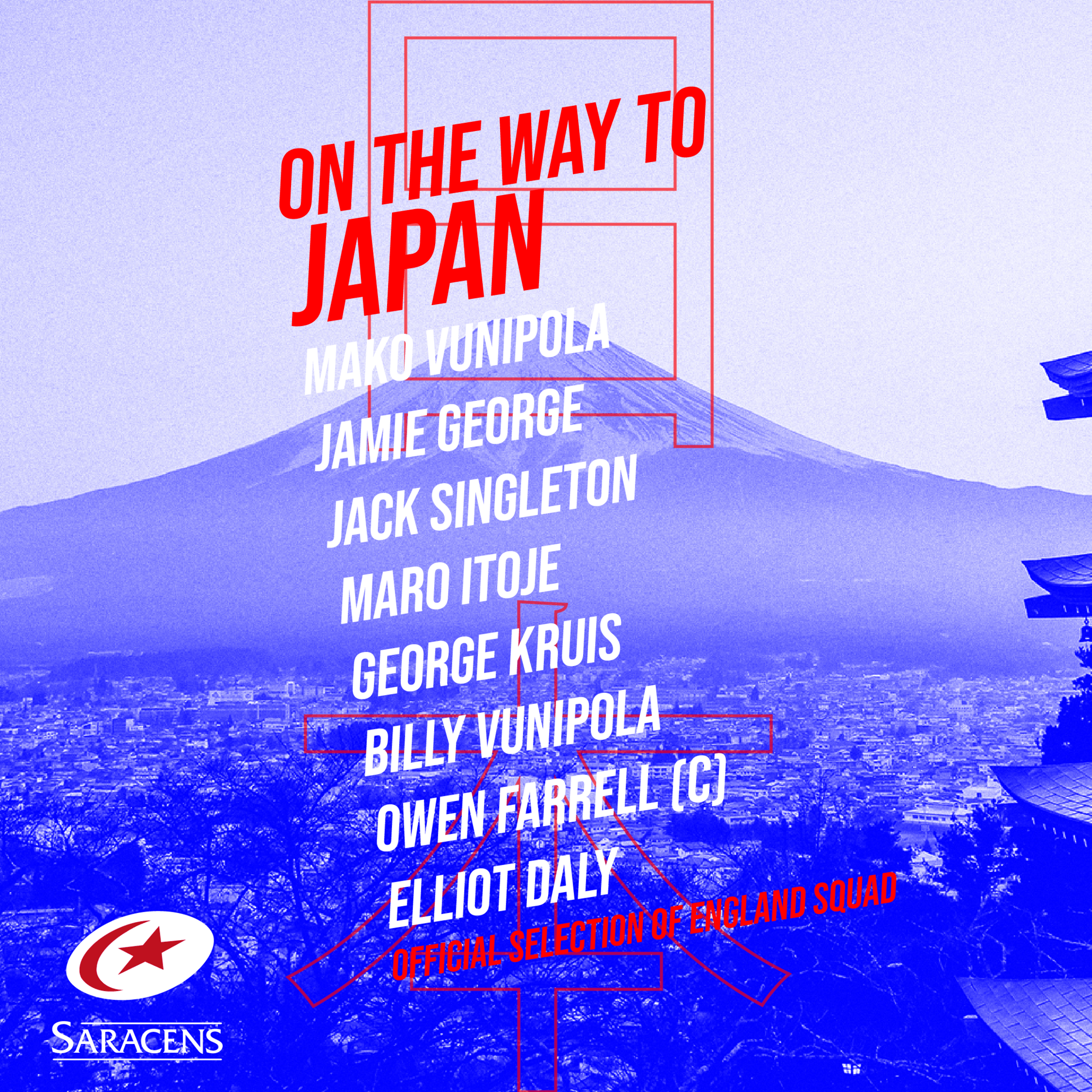 Eight Saracens have been named in Eddie Jones’ 31-man squad for the 2019 Rugby World Cup.

Owen Farrell, who featured at the 2015 tournament, will captain his country in Japan. He is joined by Elliot Daly in the back division while Academy graduates Mako Vunipola, Jamie George, George Kruis and Maro itoje are amongst the forwards.

Fresh from winning man-of-the-match against Wales, Billy Vunipola is named in the party as is Jack Singleton who earned his first cap in Sunday’s match at Twickenham.

The squad of 31 players have over 1,000 caps with 17 having played in at least one of the previous Rugby World Cups.

Jones said: “Today is another step in the progress towards the Rugby World Cup. We have taken the decision to go early because of what we learned from previous campaigns. We want the squad to know early and now we can get on and be the best prepared England side there has ever been, ready to win the World Cup.”

Eight Saracens were selected by England for the 2015 Rugby World Cup.

England have three matches against Wales (17th August), Ireland (24th August) and Italy (6th September) before the tournament starts. Jones said of their importance: “Every game is an opportunity to improve our game fitness, our team cohesion, and our tactical adaptability. Each game for us will have a specific purpose.”

“The base of our game has always been the grassroots clubs,” said Jones. “Your first club and your first coach is such an important experience for you. It dictates how you approach the game and the spirit and the values you play with.”