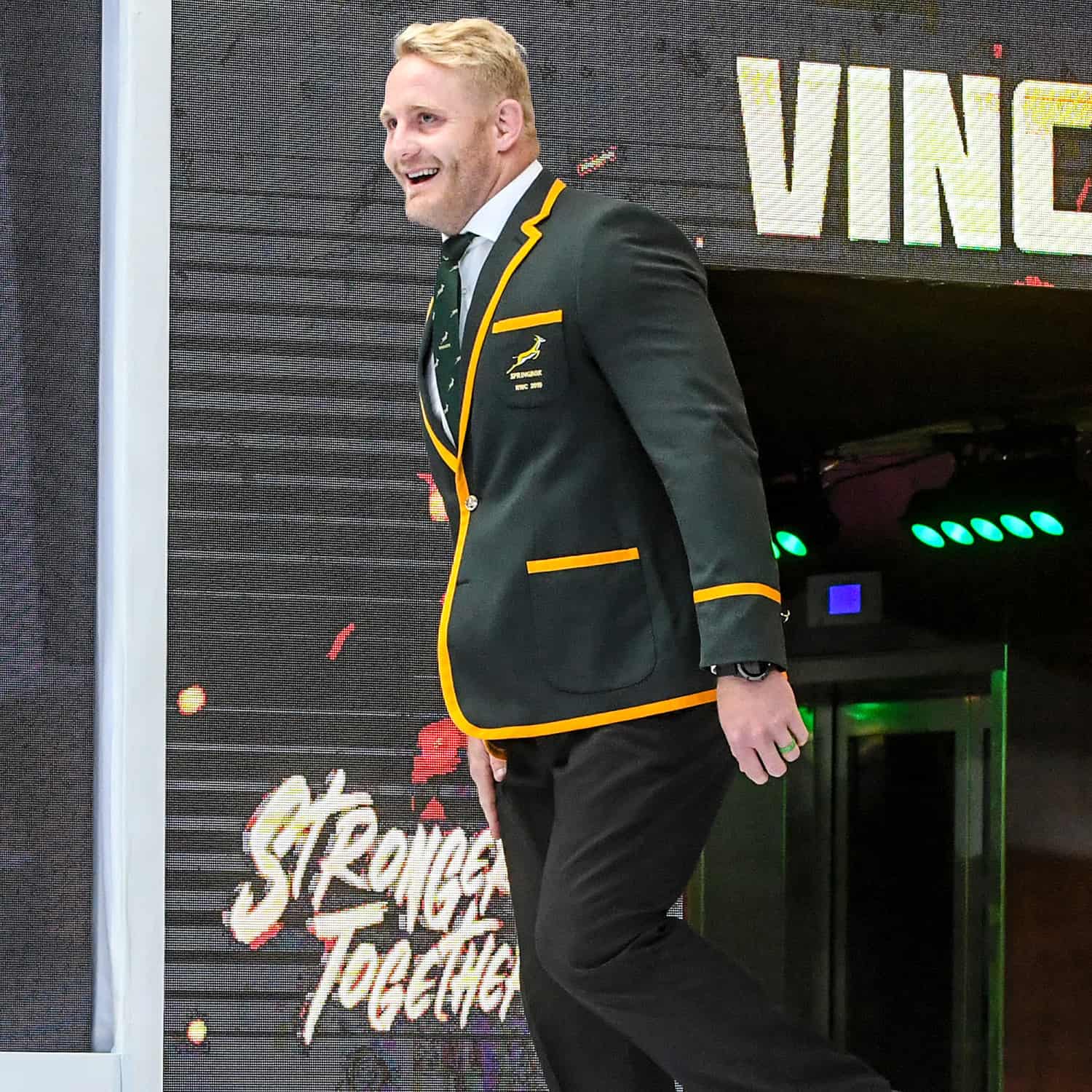 The Saracens prop will be part of Rassie Erasmus’ 31-man Springbok party headed for Japan where they will meet New Zealand, Italy, Namibia and Canada in Pool B.

Koch has 15 caps for South Africa.

Koch made his international debut against the All Blacks in 2015, earning two caps before making the move to Allianz Park.

Seven of his 15 appearances so far came during his first season with the Men in Black while he has been selected for every South Africa squad since autumn 2018.

The 29-year-old is joined in the squad by former Sarrie Schalk Brits who came out of retirement to realise his World Cup dream.