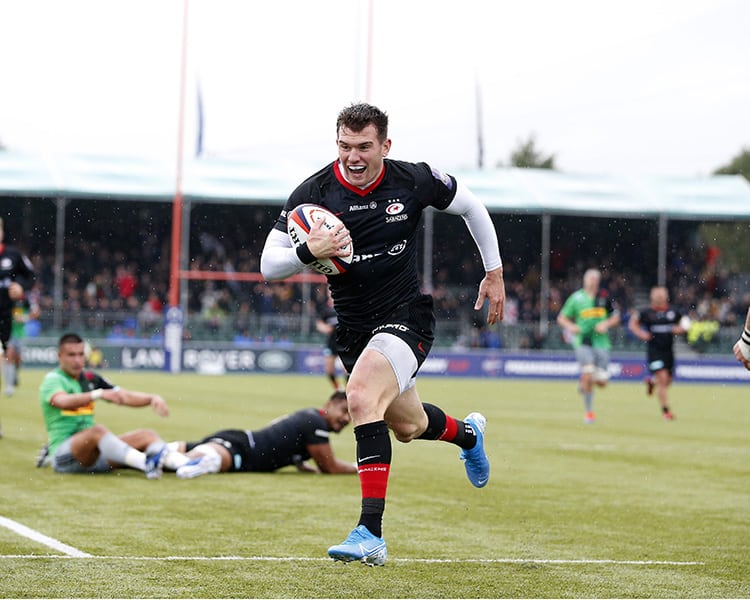 RWC19: Spencer called up by England

Saracens scrum-half Ben Spencer has been called up to the 2019 Rugby World Cup by England.

The 27-year-old has flown out to Japan to prepare for Saturday’s final as a replacement for Willi Heinz who injured his hamstring against New Zealand.

Spencer has three England caps to his name.

Spencer earned his first cap on England’s 2018 tour of South Africa and has since worn the red rose twice more.

His performances at club level in recent seasons have led to widespread praise and he has started the 2019/20 campaign in fine form too, scoring 48 points in three matches.

He becomes the ninth Sarrie in Eddie Jones’ squad.

Everyone would like to wish Ben, and our other eight England players, the best of luck for the Rugby World Cup final.