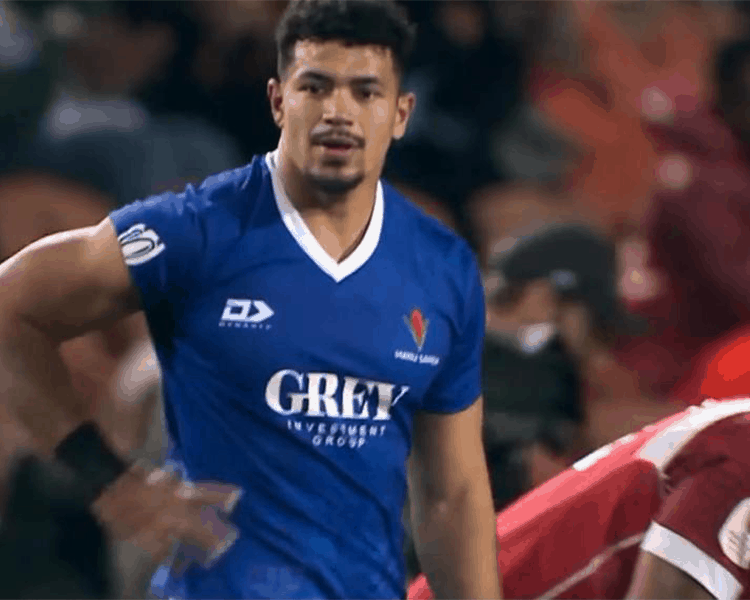 Saracens is pleased to announce the signing of Samoan international Theo McFarland on a long-term contract.

The second-rower has had a fascinating journey to professional rugby as he has also represented his country in several international basketball competitions, proving his considerable aerial and athletic ability.

In rugby McFarland has two caps for Samoa, both victories over Tonga, and at 6ft 6” and 115kg he will add considerable size to the Sarries pack.

The 25-year-old’s most recent club was a spell with the Dallas Jackals in America, and he will now make the journey to England as he looks to test himself in the Gallagher Premiership.

McFarland is excited for his new challenge in North London.

“When I heard I was gonna join the Saracens I was buzzing. It’s a huge honour to be looked at by one of the top rugby clubs in the world. Not everyone gets a chance to play for a club like Saracens. I can’t wait to join the pack and be part of the Sarries family.”

Director of Rugby Mark McCall is looking forward to McFarland’s arrival at the club.

“We are excited to watch Theo develop here at Saracens. He is clearly a very talented athlete and we will look to unlock his potential during what we hope will be a very successful period for him.”

WATCH THEO IN ACTION WITH A SEASONAL MEMBERSHIP!