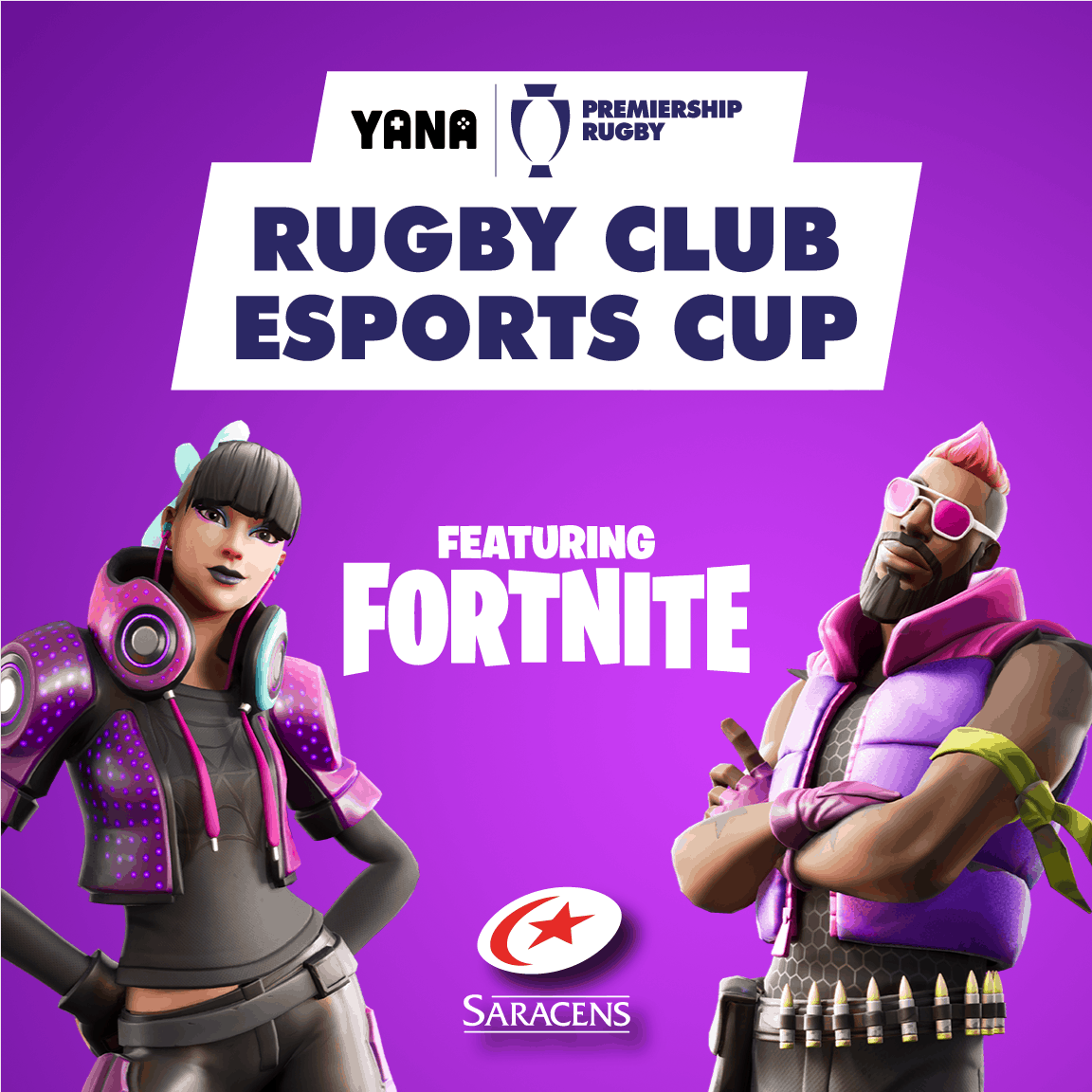 Saracens are calling all Fortnite players!

You can play in our squad against other Premiership Rugby clubs alongside professional rugby and Fortnite players in the Rugby Club Esports Cup.

On Saturday 2 May from 1-2pm, professional rugby players, pro Esports players and rugby supporters will go head-to-head in a Fortnite Squads Tournament.

The tournament is being played as part of YANA (You Are Not Alone), a global event which is bringing people together through gaming during isolation, whilst promoting social distancing.

During the YANA event, viewers will also be encouraged to donate to a variety of COVID-19 relief charities across the world.

Supporters can get involved NOW by visiting YANA’s website and registering to enter – eight players will be selected at random and be confirmed by 6pm on Thursday 30 April.

For those who would rather watch the action unfold, you can tune into YANA to watch the Rugby Club Esports Cup on Facebook Gaming and Twitch at @10milliongamers – professional Fortnite pundits will be commentating on the action, alongside former England players Ben Kay and Austin Healey.