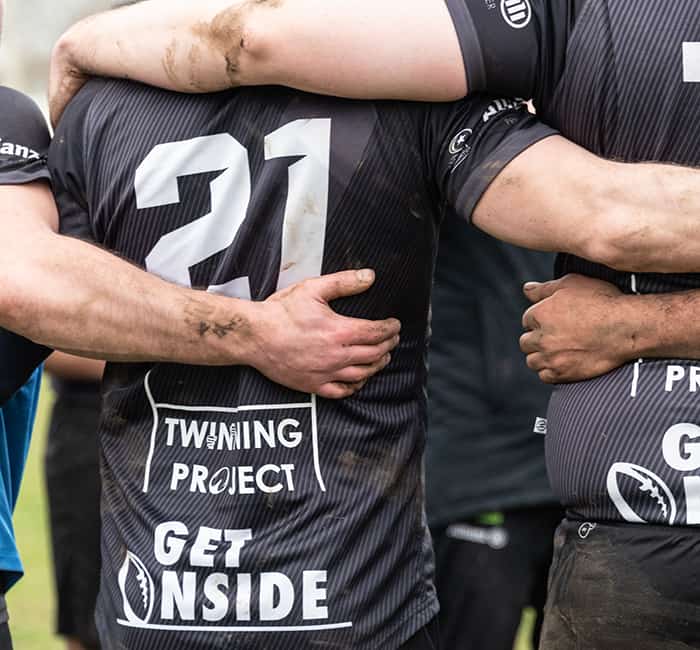 Programme will be delivered by the Saracens Sport Foundation at HMP The Mount. Saracens joins 46 football clubs already engaged with Twinning Project.

Saracens Rugby Club has launched its first delivery at HMP The Mount in Hemel Hempstead, as part of its Get Onside programme.

The course will be run by the Saracens Sport Foundation over eight weeks to a cohort of 25 inmates. The course will see the participants split their time between sessions focused on employability and life skills, and those focused on rugby.

Saracens is the first rugby club to launch a Twinning Project delivery since the initiative was launched in October 2018. The project aims to support prisoners whilst in custody and on release to help prepare them to find work outside of prison and reduce the likelihood of re-offending.

To date, the Twinning Project has been supported by the UK’s leading clubs and footballing bodies, with 46 Premier League and EFL football clubs engaged.

The Saracens Sport Foundation and HMP Feltham Young Offenders Institute created the Get Onside programme in 2011, and over the last eight years together they have been successful in changing the lives of over 450 participants. While the national re-offending rate can be as high as 69% within a year of release, only 15% of Get Onside graduates have re-offended since the launch of the programme.

Get Onside’s success in reducing reoffending rates amongst hundreds of participants can result in potentially significant savings for the Ministry of Justice.

David Dein MBE, former Vice Chairman of Arsenal Football Club and the Football Association, and founder of the Twinning Project: “The community work undertaken by Saracens is second to none in the rugby world and therefore we are delighted to have them as the first rugby club to partner with the Twinning Project. The parallels between rugby and football are that both sports encourage discipline, teamwork and self-confidence, all of which are essential qualities that will help the cohort upon release back into society.”

Kieran Crombie, Head of Saracens Sport Foundation: “The Get Onside project has significantly reduced reoffending from those leaving the Feltham Young Offenders Institute. We are excited to be the first rugby club to partner with the Twinning Project in order to launch a new Get Onside programme in HMP The Mount. This will enable us to support even more offenders to build better and more positive lives for themselves. This in turn means safer communities for everyone.”

Jason Swettenham, Head of Prison Industries, Catering, Retail and PE at HMPPS: “As members of the Twinning Project, Saracens are true partners of HMPPS. Despite the fact that the majority of people in custody have never played rugby before, the reputation of the Saracens brand means that they are now clambering to join the course. Most are unaccustomed to the structure and discipline of rugby and often teamwork isn’t amongst their best attributes, but feedback from participants supports the view that the programme is changing the way they think and as such can help them change their lives, and reduce reoffending.”

Click here to find out more about our work in prisons