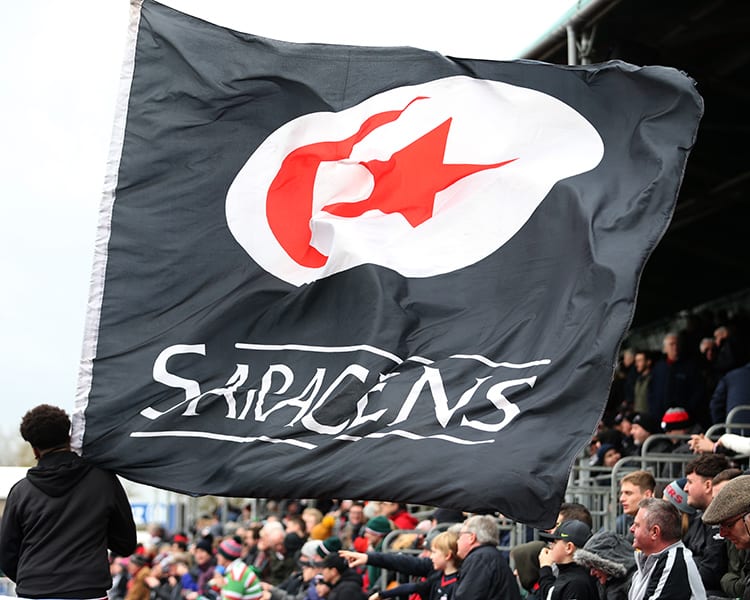 Firstly, and most importantly, we hope that all members of the Saracens family are safe, well and healthy. We would like to take this opportunity to thank you all for the many messages of support and kindness that we have received over recent days and weeks, outlining just what this club means to you. It has given us a great deal of energy and confidence to know that you, our committed supporters, understand the challenging position that the club, and indeed the game, finds itself in right now and that you are behind us as we work through this.

Following Premiership Rugby’s announcement yesterday, confirming the Gallagher Premiership is to be postponed beyond the original date of 20th April, it is important to clarify what this means to season ticket holders and other ticket purchases. As the matches are postponed and are still expected to be played at a later date, all season tickets, hospitality packages and tickets purchased will remain valid for rescheduled games. Although there is some uncertainty around future matches, we are working very closely with Premiership Rugby and other clubs with the ambition to bring a conclusion to the 2019/20 season. As soon as there are any updates on matches we will be in contact directly with all ticket and hospitality purchases to outline the available options.

We have been very proud of the innovative and committed way in which our people have responded to thisunparalleled challenge. On the rugby front, the players are all safe and well at home with their families. The squad have been given strength and conditioning programmes to maintain their fitness ahead of a return to full training and have been in regular contact with staff throughout this period. They are all eager to get back on the field but understand the importance of social distancing and this unprecedented situation.

Other than their fitness work, many have been busy off the field too. Captain Brad Barritt and Tiki Tonga Coffee helped fuel our NHS heroes on the frontline by matching orders and donating them to local NHS hospitals. George Kruis and former Saracen Dom Day’s company fourfive cbd partnered with Boots UK while Jamie George is taking part in a live Carter & George HIIT class.Further to this, we were proud a number of our players, led by Alex Lewington, took part in the #MakeThatCall campaign – an initiative which sees players ring up fans in isolation simply to have a chat and offer support. This is something we will continue to support.

The coaches meanwhile are continuing their analysis for when the Gallagher Premiership season resumes and are spending well-earned time with their families.

Elsewhere in the club, the Saracens Sport Foundation has always been an innovator in the area of sport for social change so it has come as no surprise to see them rolling out online and remote initiatives to support members of our community. Following the success of the #TogetherActive online series last week, we also saw the launch of the #LockdownLetters scheme. Tied into the Foundation’s nationally recognised work to reduce reoffending in our local prisons, we have encouraged members of the Saracens family to pen letters to men at Feltham Young Offenders Institute and The Mount Prison. These are men who have committed to change through the charity’s Get Onside project and who currently are spending over 23 hours per day in their cells. As you can imagine the response from those receiving letters has been heartwarming.  A special thanks to Will Fraser and Calum Clark for supporting this.

Despite the uncertainty in which we are operating it is essential that we continue our planning for the 2020/21 season and beyond including launching our season ticket campaign. There will be more information on this shortly, but put quite simply, we want to recognise our fans loyalty and commitment to the club more than ever and anyone sticking with the Sarries family through this turbulent time.

This club is built on the foundations of family, caring, and creating positive memories together and we want you to know that we are determined that Saracens will come through this challenge and out the other side stronger than ever. We very much look forward to the day when we can all meet back at our stadium to start the next chapter of our journey together.

Finally, it is with sadness we learned of the passing of a Saracens family member this week. Luigi Ruggiero had a longstanding relationship with the club after becoming a Pioneer in 2013. A kind man, Luigi was part of the East Stand team on match days at Allianz Park and will be sorely missed.

We hope you have a fantastic Easter weekend with your loved ones. Stay safe, stay at home and thank you for your continued support.