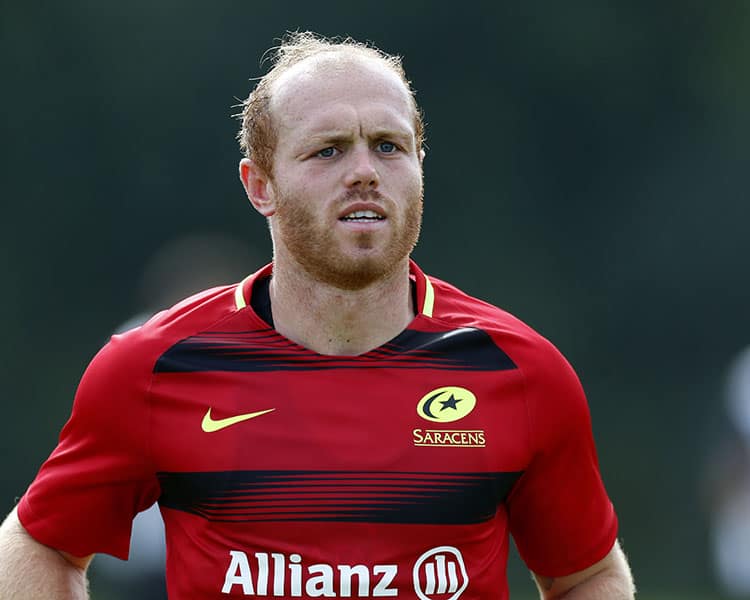 Saracens have confirmed their 12-man squad to take part in the Premiership 7s at Franklin’s Gardens this Friday and Saturday.

The Men in Black will be looking to retain their title having won the tournament last summer.

Senior Academy Coach Adam Powell has named a group with an average age of 20 which will be captained by Tom Whiteley.

Powell said: “We’re really looking forward to playing in the Premiership 7s. Everyone has been busting a gut in pre-season and now the first competitive action has come around the players are buzzing to get going.

“Our squad is a mixture of players who have played in the tournament previously and have senior rugby experience as well as young Academy players who are making the step up to a senior competition for the first time.

“It’s a great opportunity for these Academy guys to get some exposure at a Premiership ground in Franklin’s Gardens, in front of and against Premiership opposition.

“The standard at the tournament is always high and we’re excited to kick-start our 2019/20 season.”

As well as being a talented rugby player, Stonham is also gifted at hockey. The Academy back rower was part of the junior England hockey set up before earning international recognition in rugby with England Under-18s.

Reffell was part of Saracens’ 7s-winning side of last summer. The flanker, who made his Premiership debut in May, holds the club’s tackle record with an astonishing total of 39 made against Worcester Warriors in the 2018/19 Premiership Rugby Cup semi-final.

Having spent last season on loan at Old Albanian in National League 2 South, Munday will be dual-registered at Loughborough University in 2019/20 where he will begin his higher education studies.

A scorer of two tries in last season’s Premiership Rugby Shield final, Watson was also on loan at Old Albanian last term. He will spend the 2019/20 campaign at Cambridge University where he will be studying Natural Sciences.

Talented teen Hallett is a product of New Hall School and toured South Africa with England Under-18s last summer.He was just 16 when he was selected to play for Saracens in the Under-18s Academy League.

Vunipola’s first taste of senior rugby at Saracens came in the 2018/19 Premiership Rugby Cup before featuring twice in the Premiership. The fly-half represented England Under-20s at the 2019 World Rugby U20 Championship in Argentina.

One of the more experienced members of this 7s squad, Segun was part of last year’s winning 7s side, scoring in the final win over Wasps. The winger has 12 senior Sarries caps to his name.

A new recruit at Allianz Park, Day won the U20 Junior World Championship with England in 2013. The nine joined Sarries from Cornish Pirates in the summer after being at ever-present at Mennaye Field in 2018/19.

Appointed captain for the tournament, Whiteley missed out on last year’s 7s competition due to injury. He has 7s experience having played Rosslyn Park during his Academy days.