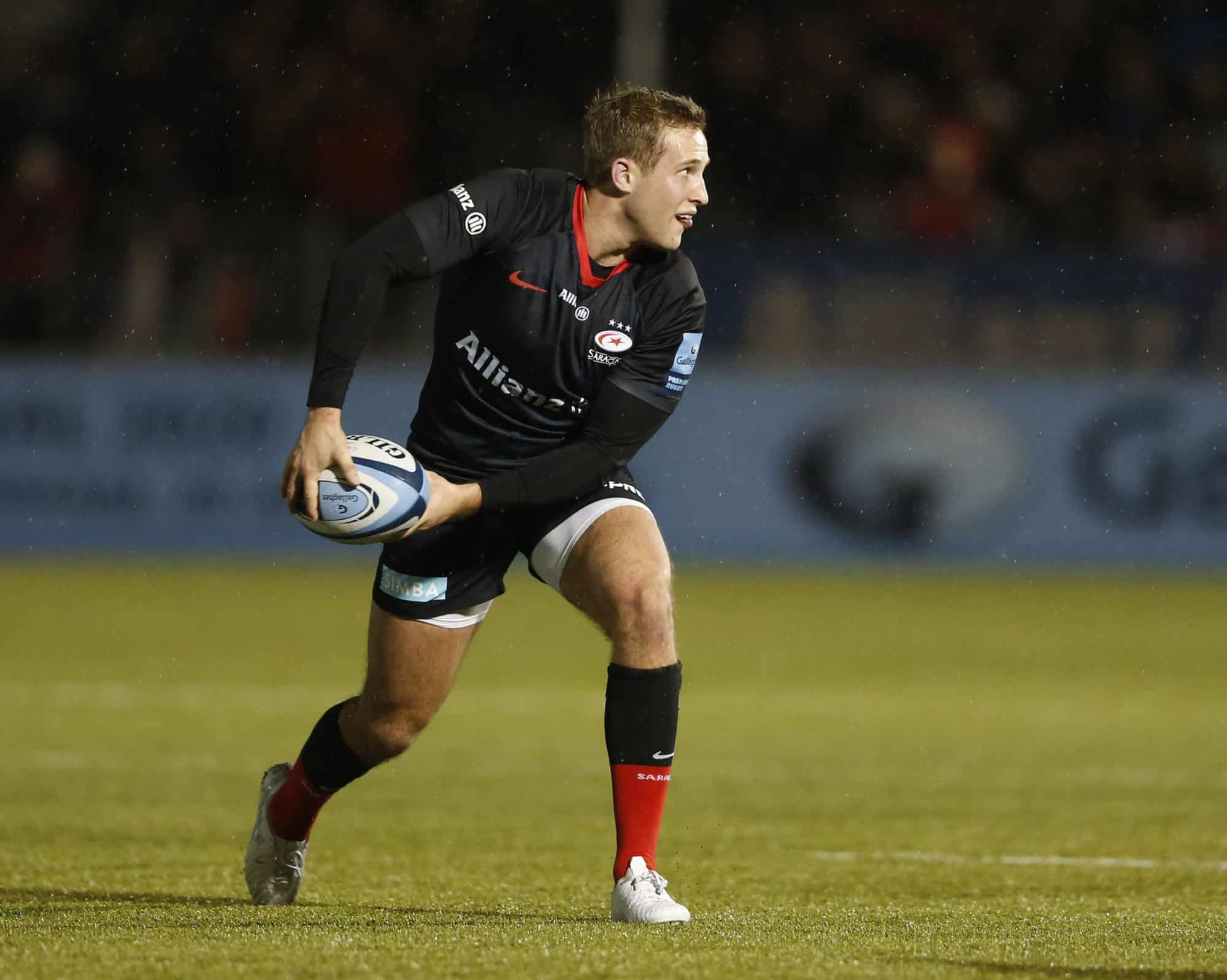 Saracens friendships mean a lot to me – Malins

Max Malins has seven years of Saracens friendships and says it would have been ‘very hard’ to have chucked them away following the announcement of his contract extension.

The 23-year-old has committed to the Men in Black until the summer of 2023 and while he will head out on loan to Bristol Bears for the 2020/21 campaign, he is delighted his long-term future lies in north London alongside a number of his teammates he has grown up with.

Joining the Junior Academy in 2013, Malins’ decision to pen a new deal sees him place his trust in the club that has developed him into the talent he is today.

“I came through the age groups with a lot of people who are here now,” he said.

“My heart will still be with Saracens. Every weekend I’ll be checking the score, wishing all the boys well and will remain in contact with the boys throughout the year.”

“We’ve played together for years, lived together and been in each other’s pockets 24/7 some of the time. You grow these friendships which mean a lot to you and it would be very hard to chuck that away.

“I started here through the Junior Academy, Saracens has developed me as a player and I wanted to put my trust in them to take me to my maximum potential and make me an even better player.

“Speaking to my close peers, everyone had the same thoughts of wanting to stay at the club. The people close to me, who are very good rugby players, will be part of Saracens’ future. We all had the feeling of wanting to stay, see out this period and get back to the top. The fact everyone believed in that was a key factor for me.”

Malins will continue his top-flight development with Bristol at Ashton Gate next season and although he will ply his trade in the West Country for 12 months, the former England Under-20 international will definitely be keeping a close eye on what is going on back home.

He said: “Obviously I’m going on loan next year which I’m really excited about and then I’ll be even more excited to join back up with the boys once we’re back in the Premiership.

“Everyone knows I’m quite a homeboy anyway so I’ll probably be back every other weekend and if Sarries have got a game I’ll probably come and watch as well!

“My heart will still be with Saracens. Every weekend I’ll be checking the score, wishing all the boys well and will remain in contact with the boys throughout the year.”