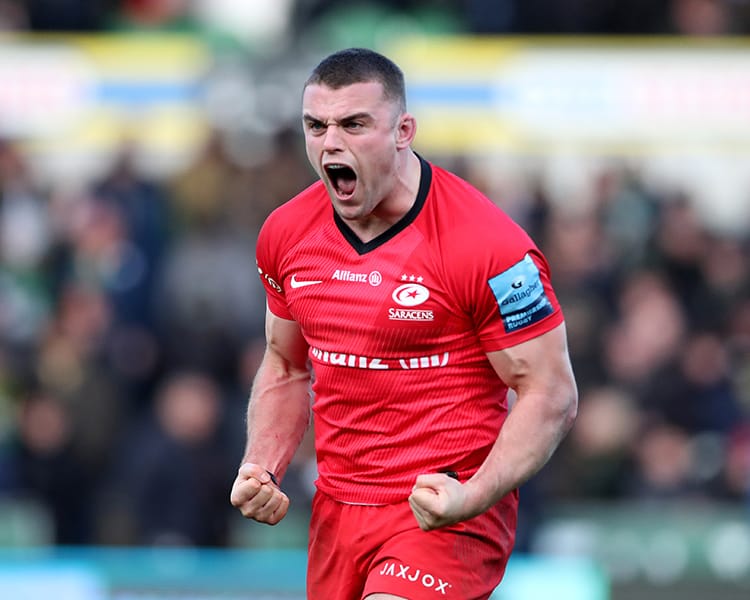 Saracens is where I see me building my career – Earl

Ben Earl’s desire to further his long-standing relationship with Saracens made his decision to commit his long-term future to the club a simple one.

The 22-year-old has put pen to paper on a deal which will see him remain in north London until 2023, after a season-long loan to Bristol Bears for the 2020/21 campaign.

Joining the Academy aged 14, Earl has progressed through the Sarries ranks to the first team having learned from the likes of Schalk Burger, Billy Vunipola and Jackson Wray over the past couple of years.

Having grown up alongside a number of the young players in the current squad, Earl is excited about the potential of the group and insists the family aspect of the club made extending ‘an easy decision emotionally’.

“The opportunities the club have given me and the memories I have on and off the pitch, whether that’s trips away or winning trophies, is something that I want to continue.”

“It’s a club I’ve been at since I was about 14-years-old, one that I know really well and somewhere I really feel part of the family,” he said.

“It’s not just me, it’s my family as well. The club have welcomed my family since that age and they’ve been coming to games since then.

“It wasn’t a tricky decision to want to stay here long-term and it’s where I see me building my career.”

Earl continued: “We’re building something special here with a young group of guys and it’s something I want to be a part of.

“There’s a young group of guys here who all want to stay and fight and regain our place at the top. The opportunities the club have given me and the memories I have on and off the pitch, whether that’s trips away or winning trophies, is something that I want to continue.

“We’ve spoken a lot over the past couple of months about how this club is more than what goes on on the field and I think next year and the year after will be the years to show that.”

Earl will be heading for Pat Lam’s Bristol next season to continue his development in the top flight of English rugby.

His form in the Premiership this year has led to international recognition and the back rower is grateful to Saracens for aiding his England goals.