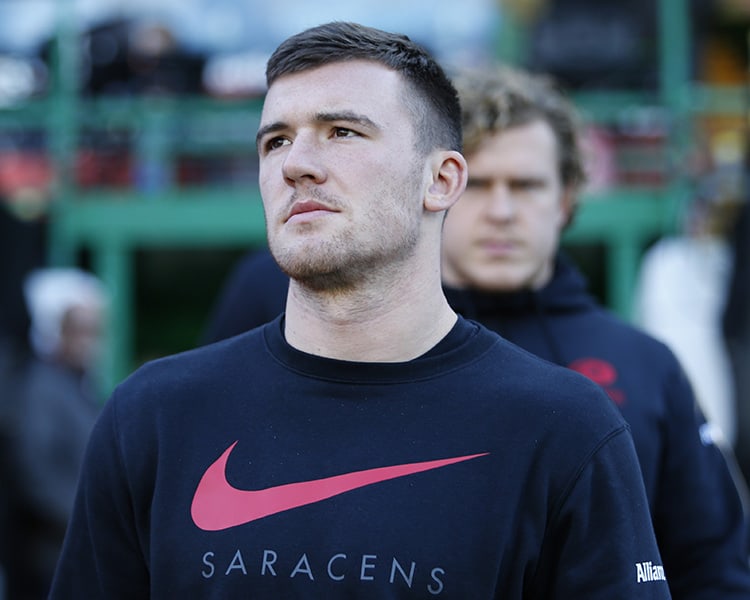 Gallagher to leave for Munster

Matt Gallagher will depart for Munster at the end of the season.

His move to Limerick will end a nine-year spell at Saracens having risen through the Academy system to first-team level.

Joining at 14-years-old, Gallagher made his senior debut for the Men in Black against Ospreys in the 2014/15 LV= Cup before starring for England Under-20s in their 2016 World Rugby U20 Championship-winning campaign.

Gallagher is a product of the club’s Academy.

He made his Premiership bow in 2016/17 and has gone on to feature in the Heineken Champions Cup, making 45 senior appearances to date as well as impressing in the Premiership Rugby Shield.

Gallagher, who is Irish-qualified, has ambitions to play international rugby for Ireland.

Everyone at Saracens would like to thank Matt for his contribution during his time at the club and wishes him the best of luck for his next chapter.

“I’m really sad to be leaving Saracens after nine great years,” he said.

“This place has been a major part of my life for so long and I feel extremely proud to have represented Saracens; it was what I set out to do when I joined the junior Academy at 14.

“The memories I’ve made will stay with me for a very long time and I’ve made lifelong friends who I’ve thoroughly enjoyed sharing the journey with.

“There are so many people who have helped me progress to where I am now. I’m excited for a new challenge but will be forever grateful to Sarries for giving me an opportunity.”

Director of Rugby Mark McCall said: “It’s been a pleasure to watch Matt’s development during his time at the club.

“He has progressed greatly in the past couple of seasons and now a new challenge awaits. We’d like to wish him the best of luck with his move to Ireland.”