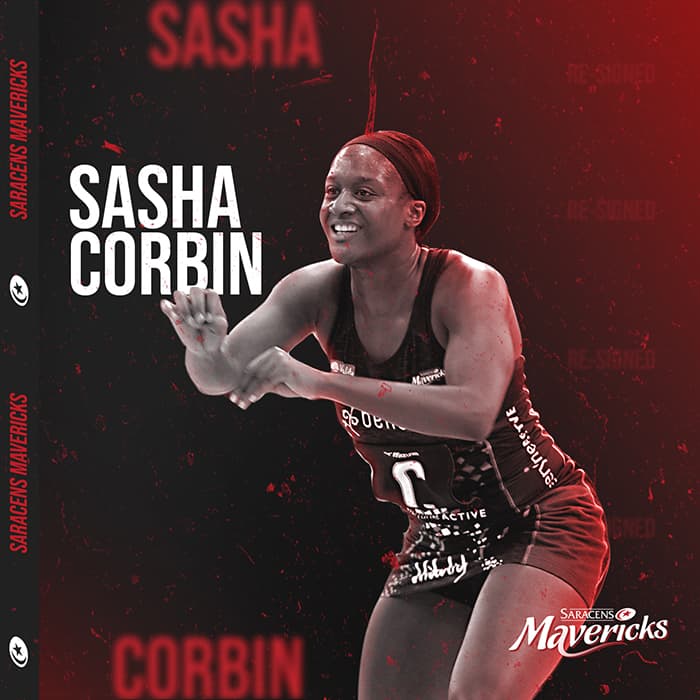 Saracens Mavericks have confirmed the re-signing of eight players ahead of the 2020 Vitality Netball Super League season.

Sasha Corbin is back for her ninth season at the club and she will be leading the team for the third season in a row.

She will be joined by her sister Kadeen, who is returning for her fourth season at the Mavericks. The Gold Coast Commonwealth Games medallist formed an effective shooting partnership in 2019 with fellow re-signing George Fisher.

Fisher was recently named in the England Netball Roses Programme alongside Gabby Marshall and Razia Quashie.

With all three having put pen to paper for the 2020 season, Director of Netball Kat Ratnapala is delighted to have retained the trio of young players.

“All of them are exciting prospects for our international game and for our season ahead. It was really important for me to secure our starting players from last year to push ahead with the 2020 Vitality Netball Superleague season.”

Kiwi defender Jo Trip is returning for her second season with Saracens Mavericks, having had a huge impact in the defensive end in her first season.

Completing the octet of re-signings are midcourt due Beth Ecuyder-Dale and Georgia Lees. Both players are back for their third and second seasons at the Mavericks.