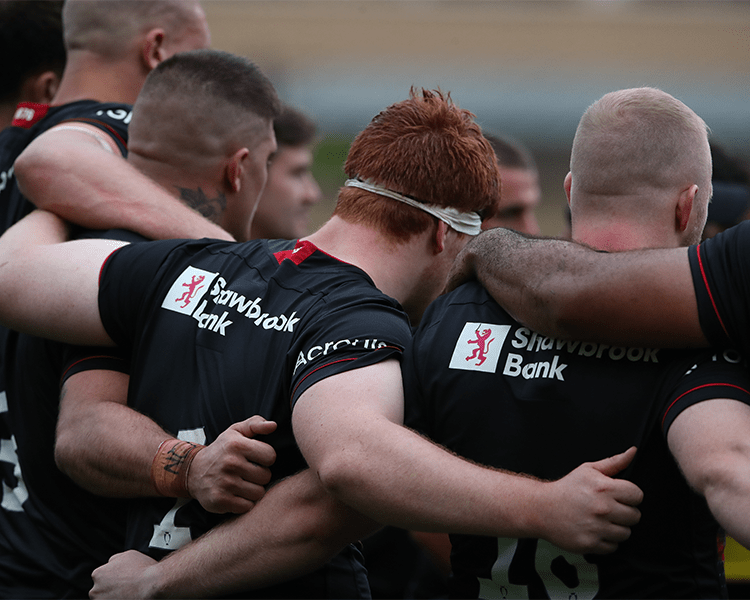 Saracens is pleased to confirm our squad for the 2021/22 Gallagher Premiership season.

The return to the top-flight was secured back in June with the play-off victory over Ealing Trailfinders, and now the Men in Black can reveal their full squad for the new campaign.

They head to Bristol on Friday evening in the curtain raiser to the new season, fresh from two matches against Ulster in preparation for Ashton Gate.

Ethan Lewis, who joined during the Championship campaign on loan from Cardiff has now signed a permanent contract and will be remaining at StoneX Stadium for two years. Tim Swinson, who came out of retirement for a spell at Sarries has also put pen to paper on another year after his relentless performances saw him voted the Players’ Player of the Season.

Two players have made the step up to the first team on a permanent basis. Ben Harris, who starred at the Olympics during the summer has signed a long term deal, and he showed his potential with a hat-trick after coming on as a replacement in the pre-season victory against Ulster.

Sam Wainwright, the Wales Under 20s prop is also now with the senior squad and will be eyeing up some opportunities throughout the 21/22 campaign.

Four new players made the move to StoneX Stadium in the summer and have added further depth to the squad. Scrum halves Ivan Van Zyl, who has six caps for the Springboks as well as Ruben de Haas who is a USA international have bolstered the number nine department.

Italian prop Marco Riccioni signed from Benetton, and will be completing with the likes of Vincent Koch and Alec Clarey for a spot on the right of the front-row. Theo McFarland also joined the North Londoners, the back-rower who previously represented Samoa at basketball is seen as a real prospect after putting pen to paper on a long term contract.

Four of Saracens’ most successful academy graduates who spent last season on loan are back and ready to return to action at StoneX. Alex Lozowski won the European Rugby Challenge Cup during his time at Montpellier, as did both Max Malins and Ben Earl at Bristol, whilst Nick Isiekwe had a year at Northampton Saints.

Alex Goode and Nick Tompkins returned towards the end of the Championship campaign to add more firepower to the back-line.

Michael Rhodes, who made over 100 appearances for the club including three Premiership titles and three European cups left at the end of the season, as did Calum Clark who retired to take up the position of Wellbeing and Personal Development Manager at the club.

A number of players who played their part in the Championship winning season left including  Tom Whiteley to Bristol, Alex Day to Bedford, Harry Sloan to Agen, Juan Pablo Socino to Leicester, Ali Crossdale to Wasps. Will Hooley and Josh Ibaunokpe also departed, as did Jon Kpoku who is now at Coventry.

Everyone at Saracens would like to wish our departing players all the best in their new ventures.