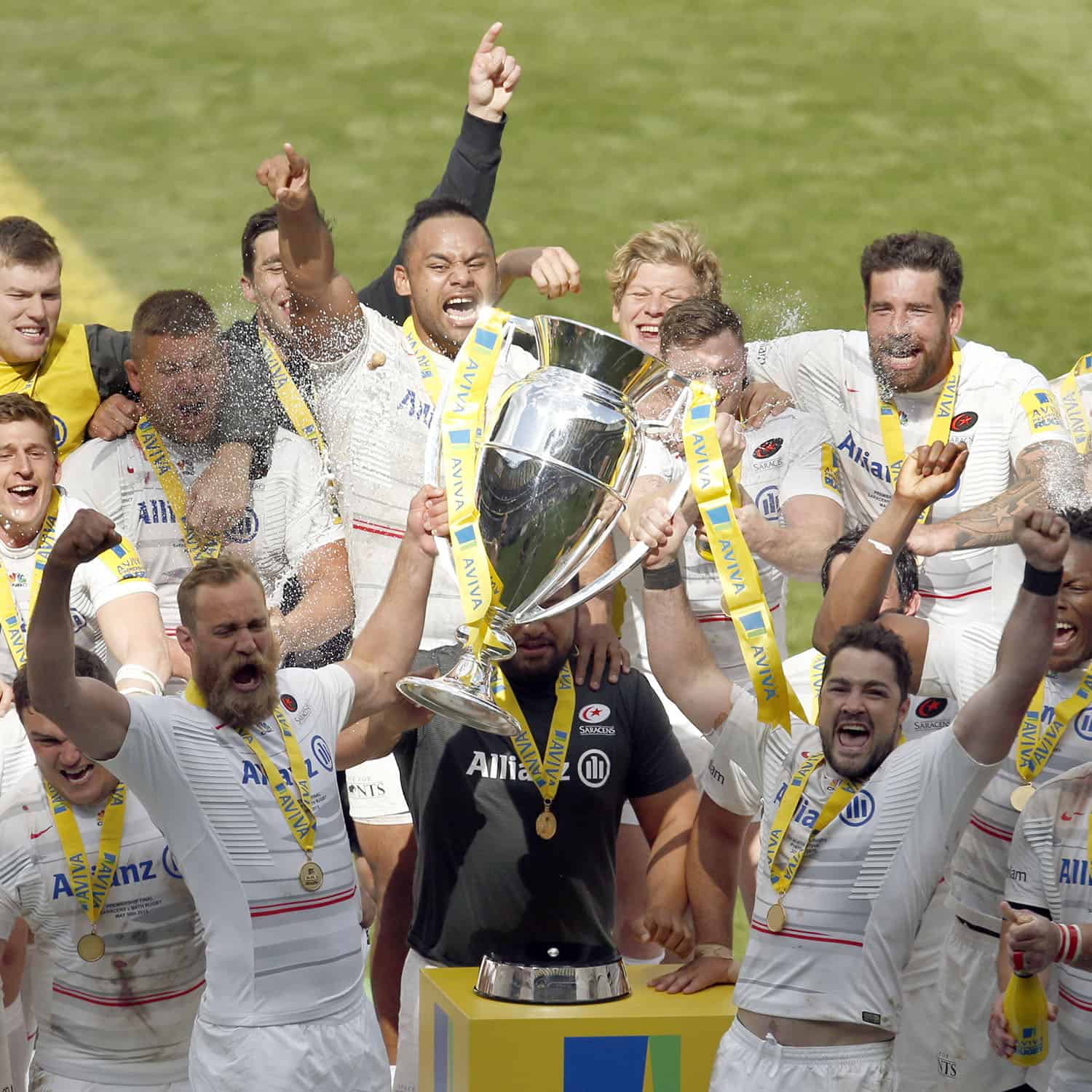 Saracens resisted a second-half fightback from Bath to win their second Premiership title.

After losing last year’s final in the final minute of extra time against Northampton Saints, this was redemption for Mark McCall and his Saracens side, who were competing in their fourth final in six seasons.

In winning, Saracens also became the first team to secure the Premiership title having finished outside the top two in the table.

For Bath, they continue their bid for an English title having not won since 1996 – a 19-year wait.

The opening 40 minutes was a one-sided half, with Sarries holding a 22-point advantage going into half-time.

Farrell, having earlier conceded a penalty for a high tackle on Bath full-back Anthony Watson, did the early damage when he sold a wonderful dummy to go over in the corner a few minutes later and then converted his own try.

Bath then lost Watson as he left the field following a head injury sustained in Farrell’s tackle and their afternoon got worse soon after, with George collecting a dropped ball to sprint over from 30 metres out.

The try was the cue for wild celebrations among the Sarries replacements as they leapt all over the hooker, who was called into the England World Cup training squad this week.

An infringement at the scrum led to Saracens’ first penalty which Farrell kicked and although Ford responded, it was Sarries who had the last say of the half.

Superb hands from David Strettle on the right wing eventually led to an overlap on the left side of the pitch and Wyles had the simple task of collecting the ball to score try number three for Saracens.

Farrell converted that try and added another penalty before the break as Bath, visibly shocked, trudged off for half-time.

They upped their intensity after the break, scoring 13 unanswered points with two penalties from Ford either side of a converted try from Joseph, who burst through from midfield and created space with a trademark sidestep to dive over.

However, with the deficit now at nine points they needed to score again but the Saracens pack soon managed to get back in the game and their pressure led to a further penalty for Farrell, who successfully kicked it to extend Saracens’s lead to 28-16.

That gave Bath just 17 minutes to find 12 points, but they struggled to gain any territory as Saracens took charge to secure victory.

The final whistle sparked joyous celebrations among the Saracens players and support that were in stark contrast to 12 months ago, when they left the field dejected having lost to Saints.