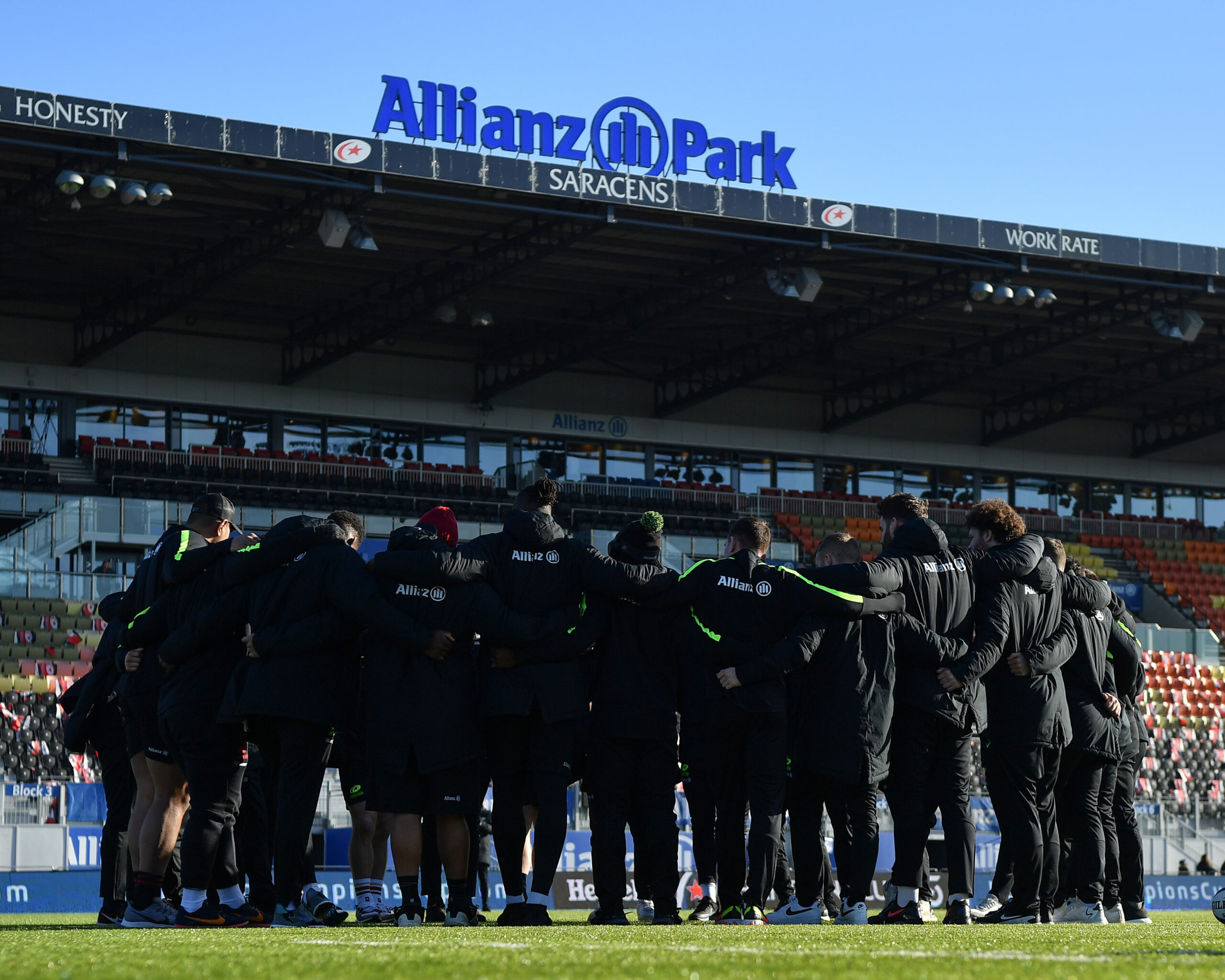 Saracens is pleased to confirm its squad for the remainder of the 2019/20 campaign and the 2020/21 Championship season.

Fifteen senior players have signed new contracts at Saracens beyond the 2020/21 season.

Scotland wing Sean Maitland and fellow flyer Alex Lewington have both extended for two years while lock Callum Hunter-Hill made his move from Edinburgh Rugby permanent, signing for three years.

Fifteen senior players have signed new contracts at Saracens beyond the 2020/21 season.

Academy graduates Dom Morris and Ralph Adams-Hale have committed themselves until 2022 and 2023 respectively, and six further players pledged their future to the Men in Black before heading out on loan.

Ben Earl and Max Malins re-signed ahead of joining Bristol Bears for a year and Nick Isiekwe signed for Northampton Saints on a season-long loan after agreeing a new deal until 2024.

Wales centre Nick Tompkins will continue his international ambitions with a campaign at the Dragons and fellow midfielder Alex Lozowski will play in the Top 14 with Montpellier.

Alex Goode, who has signed a three-year contract, will see out the rest of the current campaign before spending time on loan in Japan at NEC Green Rockets.

Mike Rhodes has extended his contract for another year while captain Brad Barritt and club stalwart Richard Wigglesworth have both signed short-term deals until the end of the 2019/20 season.

Six players have graduated from the Senior Academy.

Manu Vunipola, Andy Christie, Elliott Obatoyinbo Sean Reffell and Joel Kpoku have penned long-term contracts with the Men in Black and are now part of the Senior Squad. Kapeli Pifeleti has also made the transition.

The sextet have 97 first-team appearances between them to date.

Seven new faces will be part of the Sarries squad moving forward.

Wales scrum-half Aled Davies bolsters Mark McCall’s options at nine and Scotland’s Tim Swinson has been lured out of retirement.

After 12 years in north London, George Kruis leaves for a new challenge in Japan with Panosonic Wild Knights while Ben Spencer’s nine-year stay has ended with a move to Bath Rugby.

Liam Williams (Scarlets) and Academy graduate Matt Gallagher (Munster) will ply their trade in the Pro14 next term as will Rhys Carre who has returned to boyhood club Cardiff Blues. Joe Gray, Titi Lamositele and Will Skelton have signed with Harlequins, Montpellier and La Rochelle respectively.Viliami Hakalo has left Saracens following the end of his contract.

Everyone at Saracens would like to wish our departing players all the best for the future.