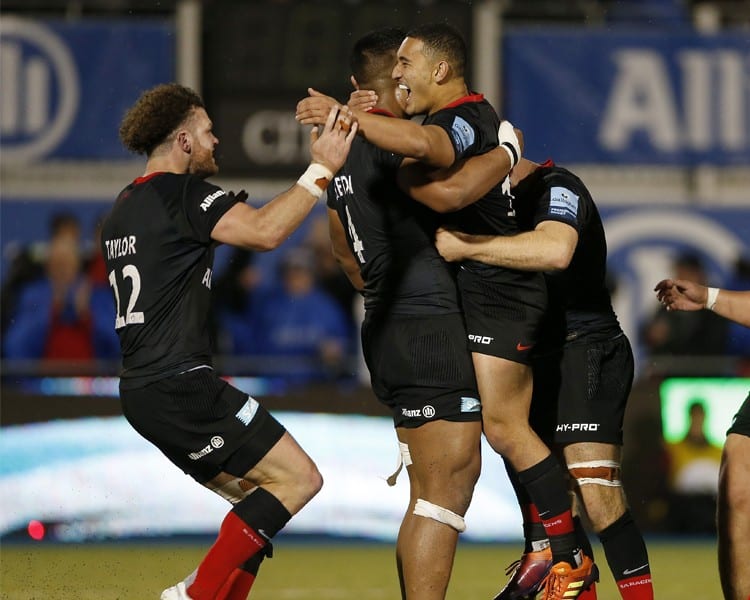 Director of Rugby Mark McCall believes the players involved in the opening rounds of the Gallagher Premiership should be exceptionally proud of the grit and determination they have shown, particularly after Saturday’s tense finale.

A dominant final five minutes from Sarries saw Ben Earl finish off a well-orchestrated driving maul to draw the scores level, before Duncan Taylor earned a penalty in the final minute of the game to allow Manu Vunipola the chance to seal a fine comeback.

Given what happened at Allianz Park on the opening weekend with Northampton Saints snatching a win late on, McCall insists that his squad have since displayed great character to continue applying themselves and are reaping the rewards.

“It was a great moment for Manu as a young player.”

“We gave ourselves that one opportunity we needed,” he said.

“We’re relieved but we experienced the opposite emotion a couple of weeks ago when the opposition [Northampton Saints] kicked a penalty in the last second. We should enjoy what happened in the last five minutes.

“This was always going to be a testing period for us with so many players at the World Cup. This group have shown some real grit and been prepared for tough games. To have nine points from three games is pretty decent.”

Just prior to his winning penalty, Vunipola had two attempts at a conversion from out wide on the right after Earl’s score but both were just wide of the target. But after nailing the final penalty under a fair amount of pressure, McCall believes the young fly-half will be all the better for the experience.

“It was a great moment for Manu as a young player,” he added.

“He has a very good temperament, and to step up to kick the winning penalty shows quite a lot of it. Having missed the one before, it increases the pressure, but he did well.”