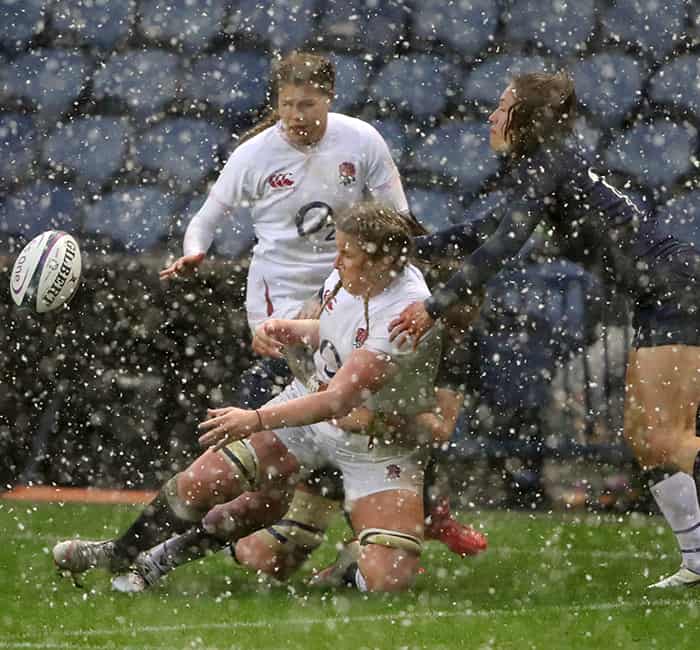 Saracens Women players had to battle the elements as well as the opposition in England’s 53-0 win over Scotland at BT Murrayfield.

Poppy Cleall, Vicky Fleetwood and Zoe Harrison were in the starting line-up for the Red Roses as they took on Scotland Women in the re-arranged Women’s Six Nations fixture.

The game had been originally scheduled to take place at Scotstoun Stadium in Glasgow on Sunday 9th February but due to the extreme weather caused by Storm Ciara, it was postponed and moved to Murrayfield on Monday 10 February.

The visitors proved too strong for the home side, running in eight tries with Abby Dow and Emily Scott helping themselves to two tries apiece. Emily Scarratt added 13 points from the tee through five conversions and a penalty.

Hannah Botterman and Sarah McKenna both made appearances from the bench in the second half as the snow came down and England made it two from two. They will now go into a rest week ahead of their round three fixture in Doncaster on Sunday 23rd February when they face Ireland Women.

Watch our Red Roses stars at The Duel on Saturday 18 April!