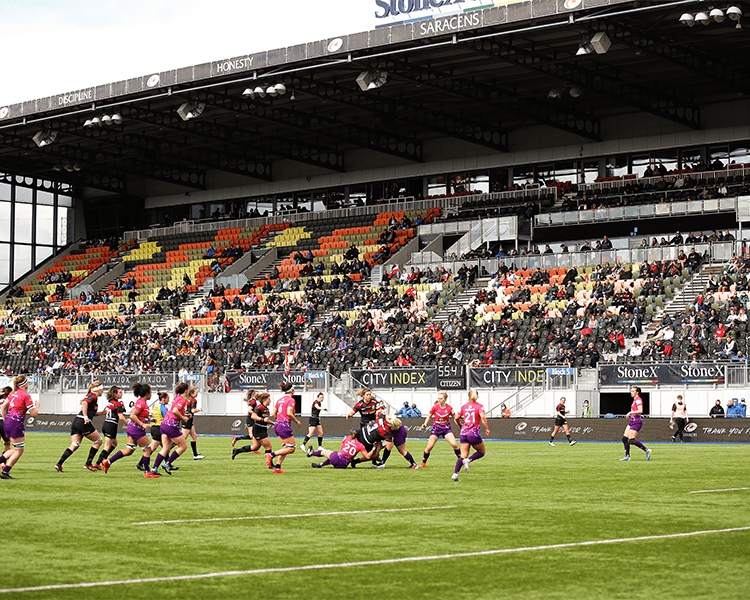 The fixtures for the 2021/22 Allianz Premier 15s Season have now been confirmed by the Rugby Football Union.

Saracens Women will open their campaign away against Wasps on the first weekend of September, and wait until Saturday 18th September in Round Three for their first home match, welcoming Loughborough Lightning to StoneX Stadium in a repeat of the thrilling semi-final from last season.

Exeter Chiefs head to North London in October for what is always one of the standout fixtures of the season, and a pre-Christmas local derby against Harlequins Women at home on Saturday December 11th promises to be a fascinating clash. The run-in of Exeter Chiefs and Wasps in May will make for a memorable end to the campaign.

Alex Austerberry’s side have been drawn in the inaugural cup competition alongside Worcester Warriors, Loughborough Lightning, Sale Sharks and Exeter Chiefs and will have their sights set on silverware.

With no promotion or relegation, there are no changes to the 10 teams within England’s top flight of women’s domestic rugby, operating in a league format with home and away fixtures.

As with last season, the top four teams will play their semi-final over one leg, hosted at the respective grounds of the first and second ranked team after the conclusion of the regular season.

The new season also sees the introduction of The Allianz Cup which has been created to give an opportunity to wider squad players to compete during international windows.

Clubs will be ranked by their 2021/22 league finishing position and then drawn in two pools of five, with clubs playing each other once in two home games, two away games, one BYE week over five rounds.

Streaming details for the league will be confirmed in due course.

“The release of the fixtures is always a great day. You know the course you have to navigate for the season, there are always a few fixtures you specifically look for but most importantly it indicates the season is soon to start and that gets everyone excited and focused on the challenge ahead!”

Saracens Women have launched a brand new Seasonal Membership campaign, and you could be there to see all of the action at StoneX Stadium for just £65! Click here to find out more.

With Poppy Cleall, Hannah Botterman and Marlie Packer already confirmed for the new season and many more to come, it’s an exciting time to get involved!