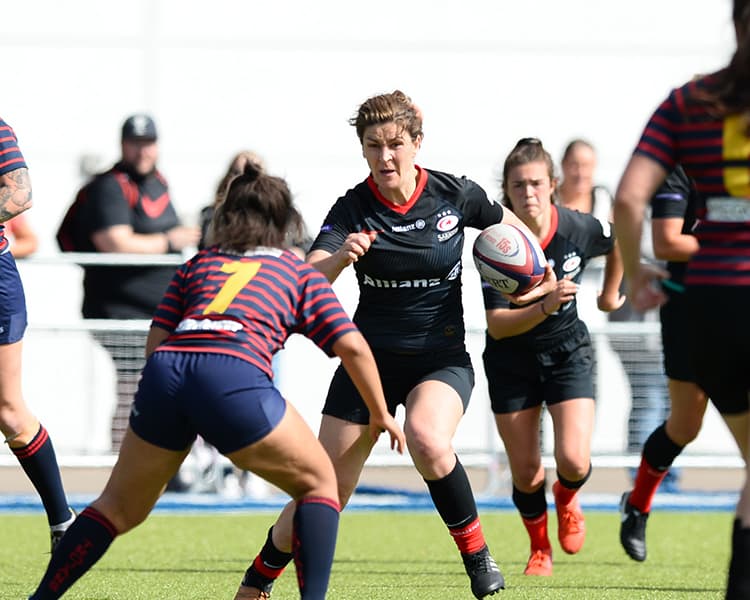 Ahead of the first round of the 2019/20 Tyrrells Premier 15s against Bristol Bears Women this weekend, here is a round-up of some of the key ins and outs at Saracens Women.

Lisa Martin (LMRCV) – highly experienced Scotland international joins after a season playing in France, for her second stint in the TP15s

Speaking on her departure, Swords said:

“Joining Saracens was a good challenge for me and after six years at club it wasn’t an easy move to make. I’ve had some amazing times with the team and made some great memories, but lifestyle of the game dictated my move. I’m looking forward to the new challenge at Harlequins and the season ahead”

Everyone at Saracens Women wishes them all the best for the future.

Sydney Gregson, Helena Rowland and Emma Uren remain signed to Sarries but are unavailable for Premier 15s selection due to their inclusion in the full time England Sevens programme. The club wishes them the best of luck!

Nina Vistisen is currently in Australia playing for Sydney University. She will be returning to Saracens Women in November.