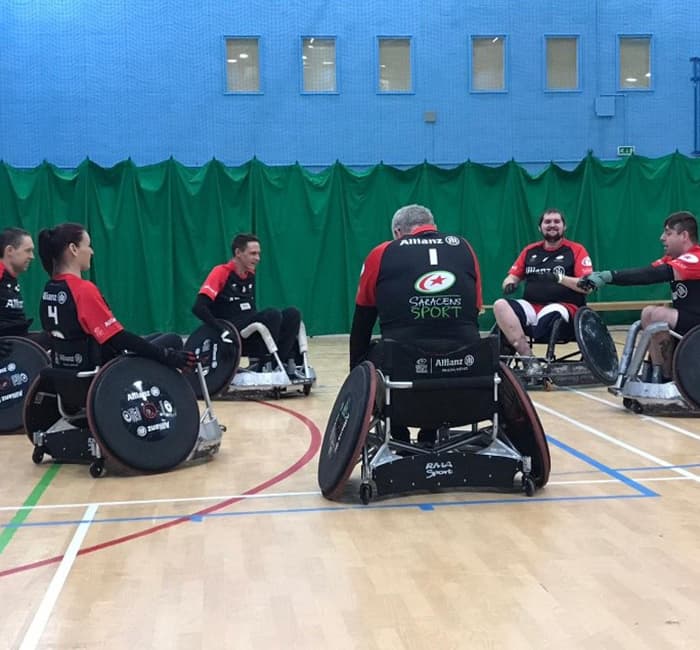 Saracens arrived with a strong squad full of experience; including Midge Hartley, fresh from his recent selection for the GB Invictus Games 2020 squad, and Mac McLaren who recently participated in the Help for Heroes Series winning a bronze medal. We also welcome Lloyd to the team who played his first game for SWRC.

The game was a fantastic opportunity for both clubs to network, share ideas and warm up for the new season ahead. Saracens Wheelchair Rugby Club are planning to host a return fixture in February so watch this space!

To find out more about Saracens Wheelchair Rugby Club!