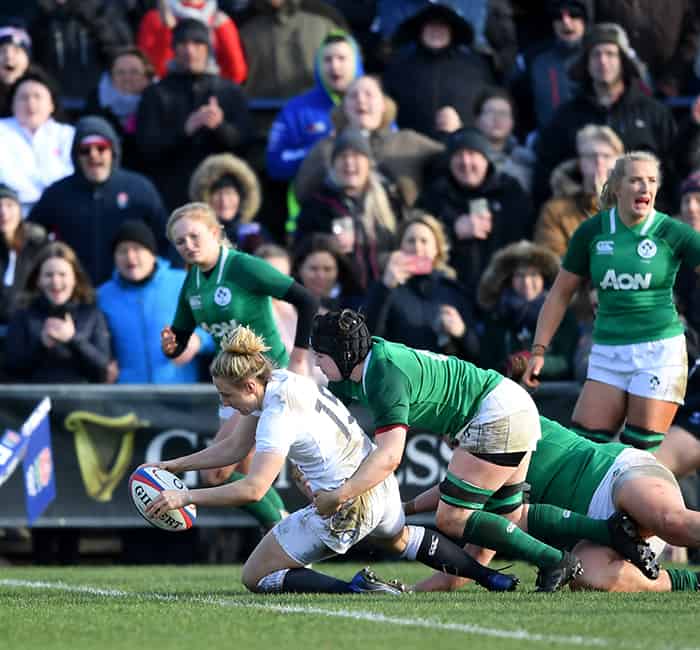 Tries for Vicky Fleetwood and Sarah McKenna helped England to a 27 – 0 win over Ireland at Castle Park on Sunday 23 February.

The Red Roses’ win was their third of the Women’s Six Nations so far and keeps them on course for the Grand Slam.

Poppy Cleall started at second row and put in a typically physical performance while Zoe Harrison came off the bench in the final quarter.

Fleetwood’s try, her second of the tournament, ensured England had secured a try bonus point before half-time as she finished off a powerful driving maul from the home pack.

England had opened the scoring through captain Sarah Hunter before McKenna found herself in space on the right to setup Abby Dow for her fourth try of the tournament.

A third try to Jess Breach followed before Fleetwood’s effort.

A much tighter second half saw a solitary try to McKenna as the fullback cut inside the Irish defence and finished well.

England will now go onto to face Wales at the Twickenham Stoop on Saturday 7 March.

Get your tickets now to watch our Red Roses stars at The Duel!