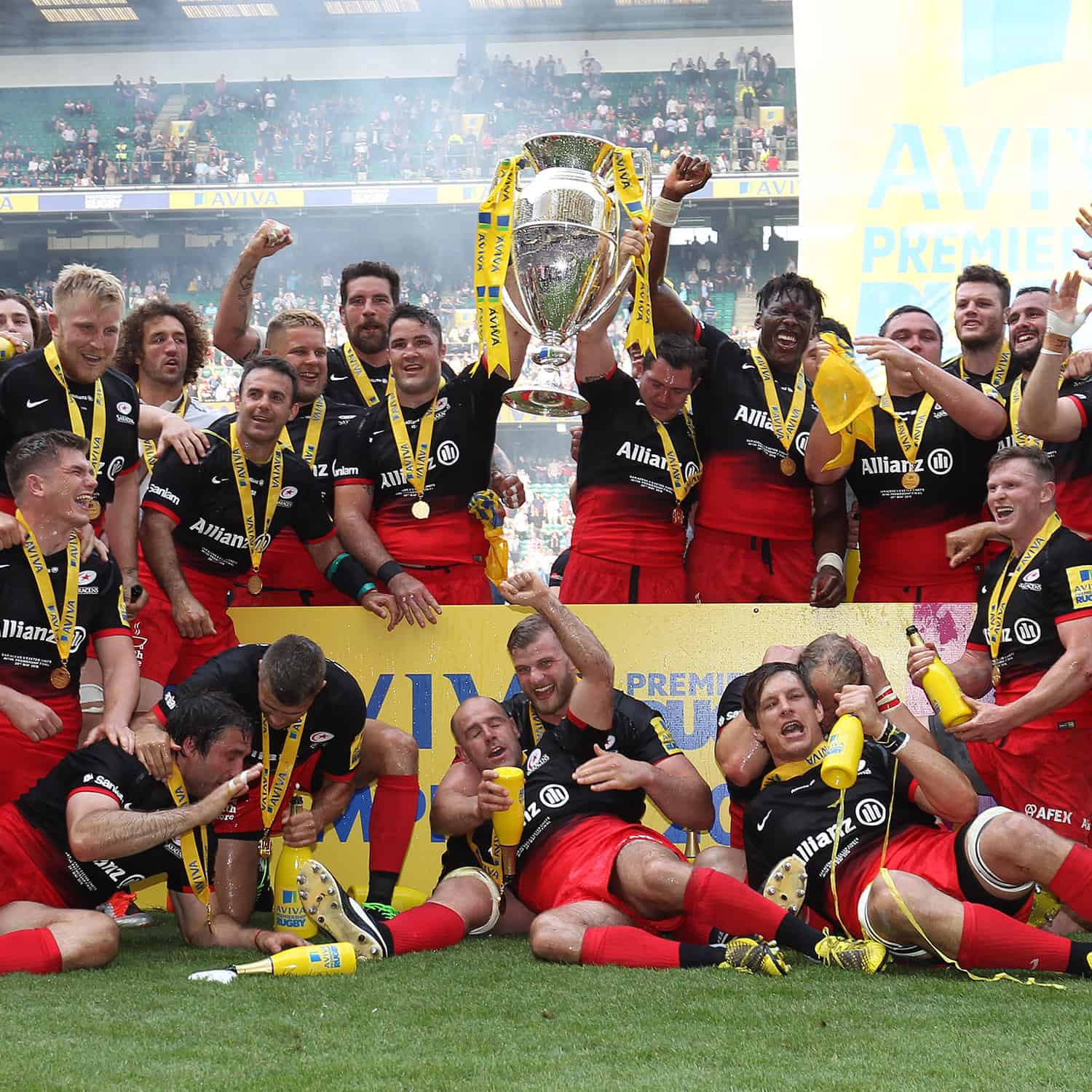 Saracens beat Exeter Chiefs to win the Premiership final and become the first English side to complete a domestic and European double since 2004.

Exeter, in their first play-off final, were blown away by a dominant first half from Sarries, who led 23-6 through Duncan Taylor and Chris Wyles scores.

Jack Yeandle and Jack Nowell crossed after the break as a rejuvenated Chiefs reduced the deficit to three points.

But Alex Goode’s late try secured the title for the defending champions.

Victory also means Mark McCall’s side, who won the European Champions Cup two weeks ago, become the first English club since Wasps 12 years ago to win the top-flight and European titles in the same season.

Owen Farrell set the tone for Sarries with two early penalties to one from Gareth Steenson.

Following a third Farrell kick, an attritional opening period was set alight when Sarries hooker Schalk Brits made a fantastic 40-metre break, setting the platform for Taylor to latch on to a perfectly-weighted grubber kick from Farrell and score.

And soon after it seemed Saracens were out of sight, as England backs Nowell and Henry Slade slipped off Wyles in a wide position to allow the United States wing to coast in for a second try.

Exeter ended the half with another Steenson penalty, coming after they finally got within range of the Saracens try line for the first time.

Whatever Exeter head coach Rob Baxter said to his side during the break had the desired affect.

Replacement hooker Yeandle was forced over for Exeter’s first try after Steenson had kicked a penalty to touch 13 minutes after the restart.

Saracens seemed to tire, but Exeter could not find another way through until seven minutes from full-time, when Slade’s wonderful sidestep created space to feed Phil Dollman and then England wing Nowell.

But their renewed hope lasted just a minute, as Marcelo Bosch drew in three defenders to create space for Chris Ashton, who in turn fed Goode to stretch over the Exeter line.