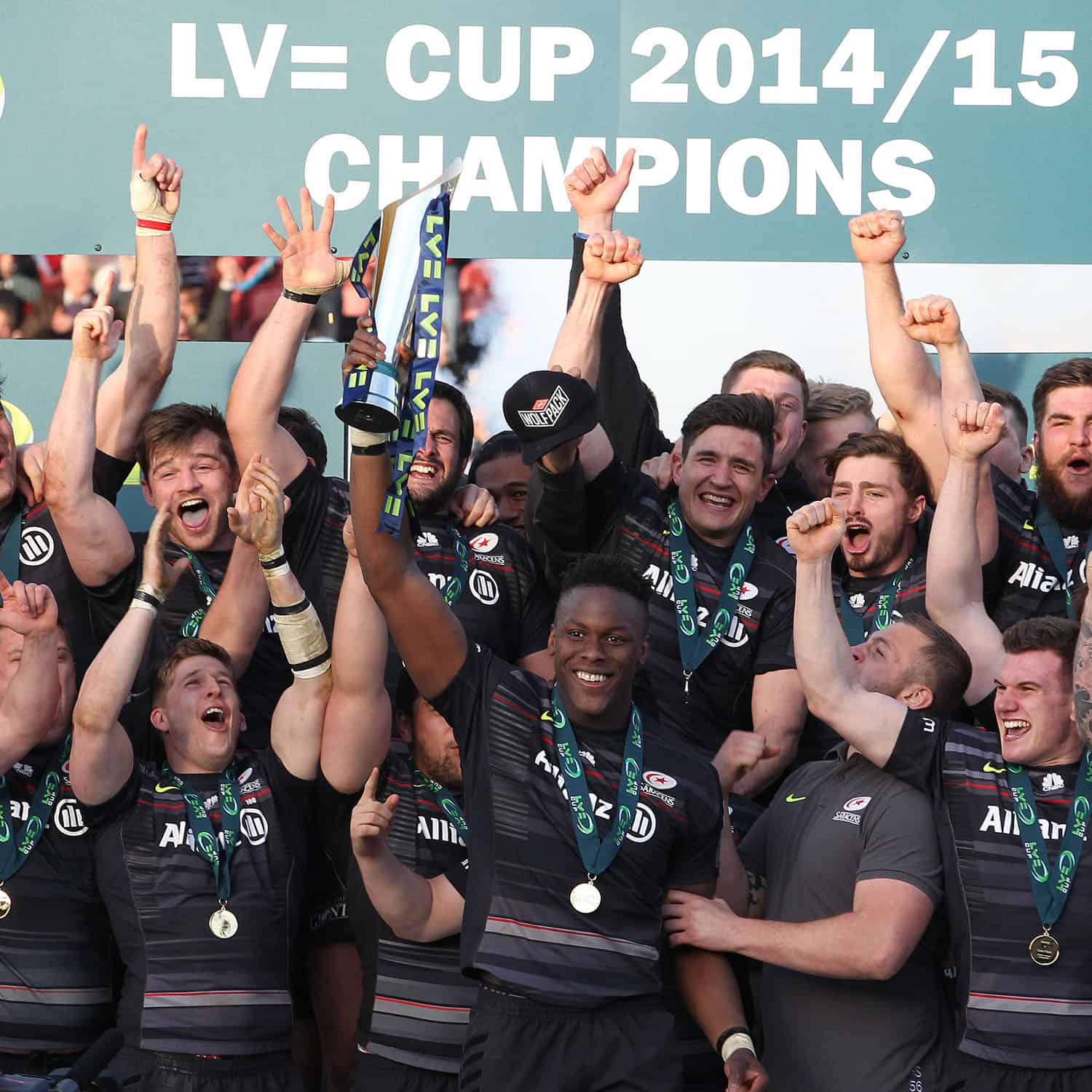 Max Bodilly scored two late tries for Chiefs as they fought back from 20-6 down to level the score before Spencer slotted his second penalty.

After a quiet first half, Sarries’ David Strettle touched down twice before Nick de Jager added a third.

Both of Bodilly’s tries went to the television match official but Spencer stepped up to win the cup for his side.

He had also opened the scoring at Franklin’s Gardens, slotting a penalty following a scrum infringement.

Chiefs hooker Elvis Taione was denied the first try of the game by the TMO after he was held up on the line but Ceri Sweeney soon levelled with a penalty.

The former Wales fly-half missed the opportunity to extend Exeter’s lead when he missed two kicks in quick succession – the first of which struck the crossbar.

As the forwards continued to dominate a scrappy contest, the referee finally lost patience and sent Spencer to the sin-bin for killing the ball in the ruck.

Sweeney compounded the punishment by adding his second penalty to give Chiefs a 6-3 lead at the break.

Despite being down to 14 men, Saracens started the second half strongly and only had to wait five minutes for the opening try.

Strettle intercepted Ben White’s looping pass and sprinted through to touch down, but Alex Goode missed the conversion in Spencer’s absence.

When the scrum-half returned, he created Saracens’ second try with a pinpoint cross-field kick towards Strettle, who crossed the whitewash.

But the lead remained at seven points as Spencer sliced the conversion wide.

At this stage, Saracens were rampant.

Strettle would have completed his hat-trick had the ball not bounced over his head but, just after the hour, De Jager did score the third try following more fine work from Spencer, who converted to increase the lead to 20-6.

Saracens appeared to be cruising to victory, but the game changed in the 67th minute when Scott Spurling was given a yellow card.

Exeter were revived and levelled the contest with two tries.

First Bodilly went over following a sweeping passing move and then, with just two minutes left, the TMO was needed again to confirm he had got the ball down.

Gareth Steenson converted both but, just as the game looked to be heading to extra time, Spencer delivered his heroics.