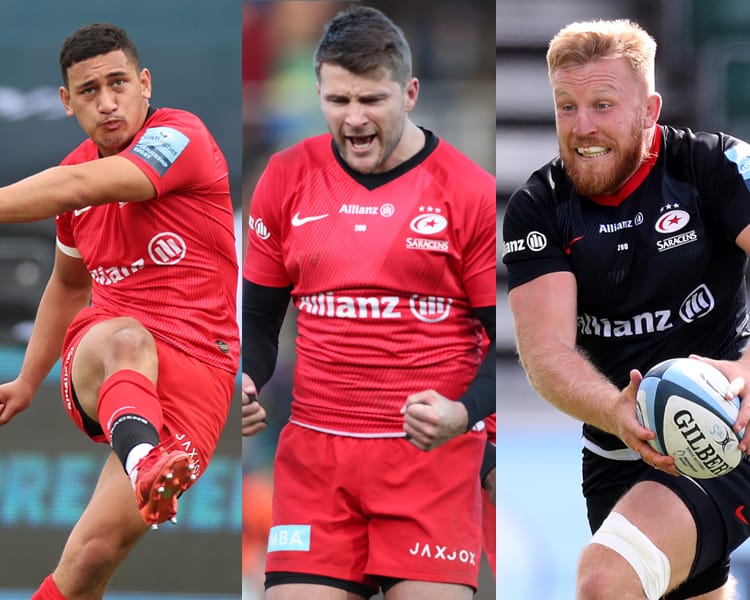 A trio of Saracens will play for the Barbarians in the forthcoming Quilter Cup against England on Sunday 25th October.

Jackson Wray, Manu Vunipola and departing club stalwart Richard Wigglesworth will all make an appearance in the famous black and white jersey at Twickenham.

They will join Vern Cotter’s squad alongside outgoing Harlequin Chris Robshaw, with more players to be announced later this week.

Wigglesworth, who has 33 England caps, made his 250th and final Saracens appearance on the final day of the season against Bath and he says running out for the Baa Baas will be an honour.

Wigglesworth, Wray and Vunipola have 532 Sarries caps between them.

“This feels such a fitting way to bring this season to a close,” he said.

“It will be a real honour to run out in the Black and White against Eddie’s England side. The 2019/20 season has been a strange and challenging time for us as players, but capping it off by becoming a Barbarian is something I will look back on with great pride.”

Over a 10-year period, Wray has featured 252 times for Saracens, but has yet to experience senior international rugby despite being deserving of the opportunity.

“It’s going to be a great week and a great match,” he said.

“I’m always hungry for new experiences in rugby and becoming a Baa Baa is up there with the biggest of honours. I’m really excited to be part of the unique Barbarians brand of rugby and I know we’ll all enjoy going out there and giving it our all against England.”

Vunipola brings into the Barbarians squad a surname that needs no introduction – and a hugely exciting young talent. He will beat cousins Mako and Billy to a first Barbarians shirt and is relishing the opportunity to go up against them at Twickenham.

The young fly-half has represented England at age-group level, including playing in the 2019 and 2020 U20s Six Nations and World Rugby U20s Championships. With 30 appearances under his belt for Saracens, his future is looking bright.

“It will be very surreal running out at Twickenham in Barbarians’ Black and White, playing against Mako and Billy,” the 20-year-old said.

“I’ve had so many amazing rugby influences in my career so far – my dad (Elisi, who played 41 times for Tonga including in two Rugby World Cups), obviously my cousins, and some incredible teammates at Sarries like Owen Farrell. It’s really incredible to think I will be part of a Barbarians squad that will be going up against England in the first international match at Twickenham for nearly eight months. I’m thrilled. I can’t wait.”

The Quilter Cup, live on Sky Sports, takes place on Sunday 25 October and will be played behind closed doors at Twickenham Stadium.