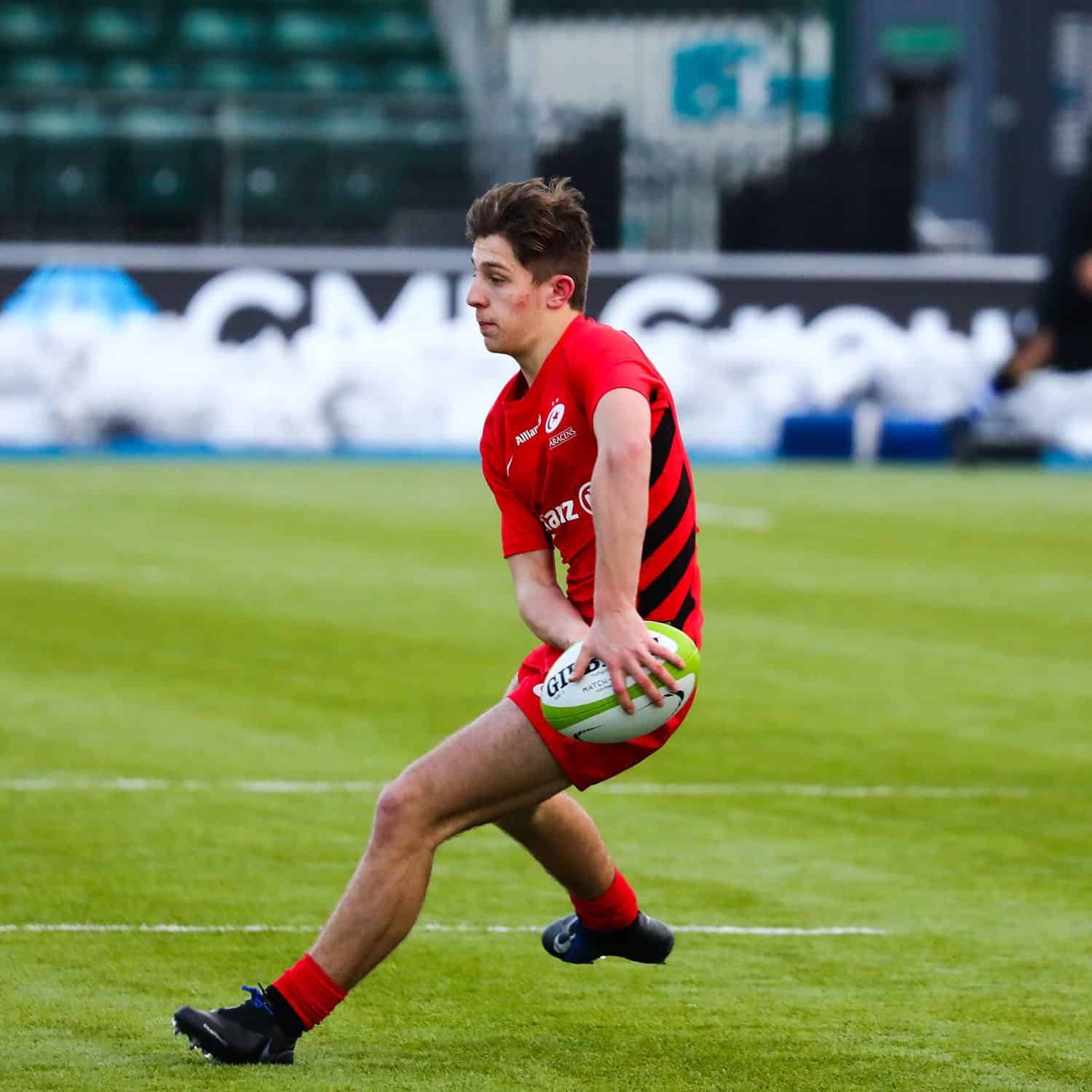 Sarries U18 in action against Gloucester at Allianz Park

The youngsters in Black continued their good start to the season with a bonus-point win over Bristol Bears last time out to take them up to second in the U18 Academy League Southern Conference with a game in hand.

Brandon Jackson, who was named in Storm’s 23 for the first time last weekend, moves to the wing with Tom Mills switching the other way to outside centre.

Francis Moore and Josh Robson-Groom are new additions to the starting XV while the half-backs of Sam Bryan and Alex Cahill remain the same – the former was also in the Storm squad for the Premiership Rugby Shield draw at Bristol Bears A.

Prop Zack Hill returns to the front row at tighthead while Toby Ponsford moves to six to accommodate Kaden Pearce-Paul at lock. Callum McGurk comes in at openside.

Saracens U18 side to face Gloucester: