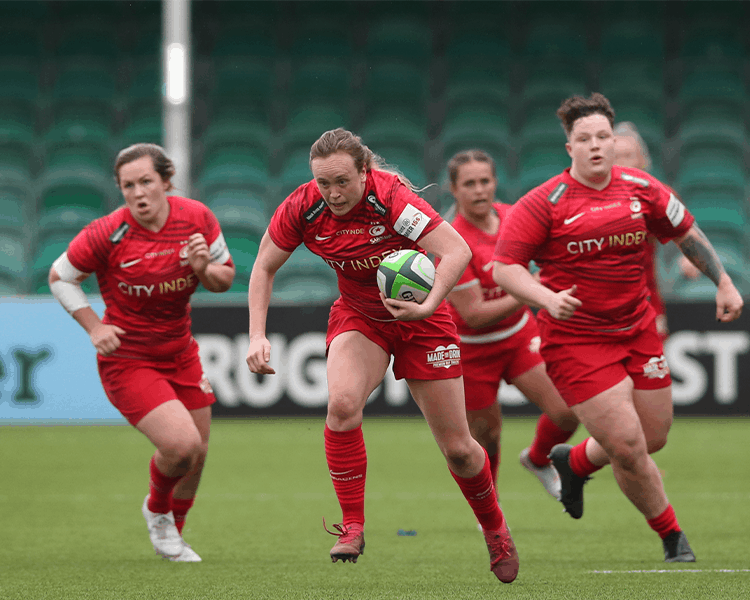 Saracens is pleased to reveal that Scotland internationals Jodie Rettie and Coreen Grant have both signed new deals with the club.

The duo are hugely influential members of the group, making it another exciting piece of news with the 2021/22 campaign drawing ever closer.

Grant, who joined Sarries in 2020 is constantly improving, as was recognised earlier this year when she made her Scotland debut against Italy in the Six Nations.

The 23-year-old outside centre also plays for Cambridge University, and was Player of the Mach in the 2019 Varsity at Twickenham when she scored the match winning try in the closing stages.

“I’m really looking forward to returning to Sarries and the Premiership after training in Scotland for the duration of the pandemic. It’s going to be a big season, and I can’t wait to get cracking!” Said Grant.

Rettie, who signed for the club in 2018 has plenty of experience, as shown by her 18 Scotland caps. Her versatility means she can play as a hooker or across the back-row, meaning she is a regular in the match day squad.

She started the 2018/19 Premier 15s Final against Harlequins, and has pulled on the Black and Red jersey on 24 occasions.

The 31-year-old says there was never another club she wanted to move on to.

“I wouldn’t want to be or play anywhere else. I’m very excited for what this season has in store for us!”